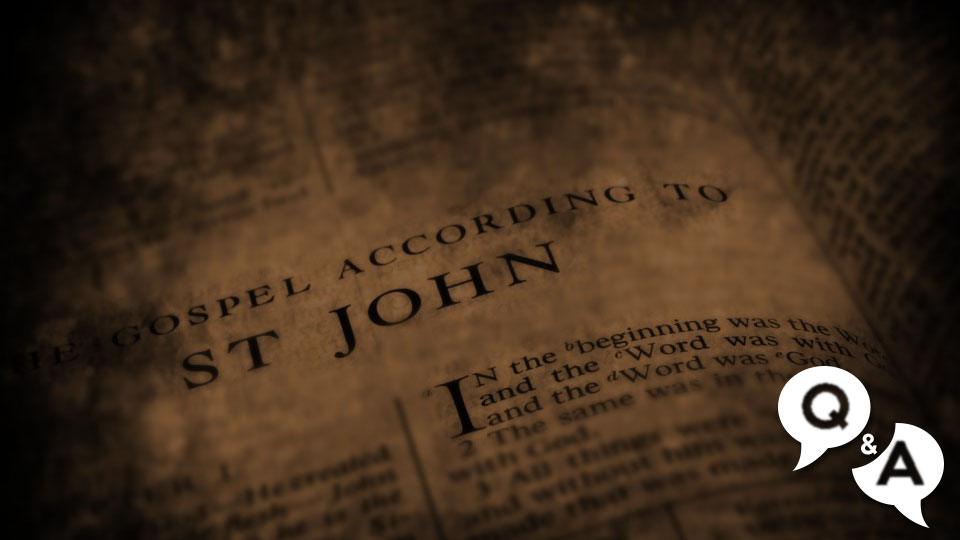 The following is a question asked on the CHN Community:

How do you respond to Protestants who use the revolutionary work of Jesus on earth as the basis for their argument on why churches shouldn’t follow traditions? They like to say that Jesus was a revolutionary when He was on earth, and that He built a ministry that was radical and unlike the traditions of the Jewish priests.

Not that these people think that the Jewish traditions such as those in Leviticus were redundant, but that they were only a foreshadowing of the first coming of the Messiah. And with the radical answers and preachings Jesus gave to the priests and the people then, these Protestants seem to like to use this as a reason to defend their beliefs of a ministry set up after Jesus’ ascension to be one without tradition – especially non-denominational ones.

I get this a lot from younger Protestants who like to go by the slogan, “I love Jesus, but I hate/reject religion”. I’m not sure how to respond to this.

The people you refer to, Kaiqi, are assuming a total break between the Old and New Testaments, a mindset Pope Emeritus Benedict XVI referred to as a Hermeneutic of Discontinuity. From the Catholic perspective, it is a heresy which assumes that, in augmenting our knowledge of himself through the action of the Holy Spirit, the eternal God has willed to rescind or nullify his previous self-revelation. On the contrary, biblical reasoning is based, not on the dialectic either/or of Greek logic (which produces the nullification of one of the terms), but on the unifying both/and of Semitic thought (where both terms are affirmed in distinct ways).

For this reason, the Catechism of the Catholic Church states in §121 that “the Old Covenant has never been revoked.” The Church thus retains the full inspired Old Testament Scriptures (including the Deuterocanonical books, which are in the pre-Christian Septuagint Bible), along with “certain elements of the worship of the Old Covenant, as integral and irreplaceable, adopting them as her own” (ibid. §1093). In the same way, Jesus himself categorically denied that he was making such a break as these people claim:

“Do not think that I have come to abolish the Law and the Prophets; I have come not to abolish them but to fulfil them. For truly, I say to you, till heaven and earth pass away, not an iota, not a dot, will pass from the law until all is accomplished. Whoever, then, relaxes one of the least of these commandments and teaches men so, shall be called least in the Kingdom of Heaven; but he who does them and teaches them shall be called great in the Kingdom of Heaven.” – Matthew 5:17–19

The Kingdom of God, or “Kingdom of Heaven,” that Jesus here preaches is “at hand” (dictionary: “present at this time”; compare Mark 1:15), the definitive revelation having now arrived in the Person of Jesus himself. It is not merely the regime of the Jews, but the fully revealed Church of the Christians that is the Body of Christ and the Kingdom of God, “in heaven and on earth and under the earth” (Philippians 2:10; “in heaven” refers to the saints living in Heaven, while “under the earth” refers to the souls of the faithful departed suffering in Purgatory). Therefore, what Jesus is saying in this passage is that his teaching concerning the New Covenant does not revoke the essence of the Law and the Prophets, but completes them. The Christian moral code — the topic of this entire passage in Matthew — is the same as the Jewish moral code, only refined and reasserted.

Jesus’ condemnation of the Jewish authorities in no way contradicts this assertion. Again, a direct quote should suffice:

Then said Jesus to the crowds and to his disciples, “The scribes and the Pharisees sit on Moses’ seat; so practice and observe whatever they tell you, but not what they do; for they preach, but do not practice. They bind heavy burdens, hard to bear, and lay them on men’s shoulders; but they themselves will not move them with their finger.… But woe to you, scribes and Pharisees, hypocrites! because you shut the kingdom of heaven against men; for you neither enter yourselves, nor allow those who would enter to go in.” – Matthew 23:2–4, 13

In other words, the leaders’ authority stands (“practice and observe whatever they tell you”), but through their sinful example, the people they lead are denied salvation (“you shut the kingdom of heaven against men”). It is for this reason that Jesus tells the crowds not to follow the example of their leaders, even as they obey what the leaders command.

Those who would argue that what Jesus said in Matthew 5 does not apply to the New Covenant, and that Tradition has no place in Christianity, have not understood the Scriptures as a whole. This can be proved by reference to St. Paul’s letters, where he states the following:

It is not the Tradition of the Catholic Church, which is the tradition referred to in the quotes from Paul above, but the human traditions of the rabbis and chief priests (what was later compiled into the post-Christian Jewish enumeration of the “613 Commandments” — not that these were in themselves bad), the sinfully faulty practice of which by the Jewish leaders Jesus contends contradicts the actual commandments of God. We must also remember that, as Scripture also states (Romans 3:2–4a), “The Jews are entrusted with the oracles of God. What if some were unfaithful? Does their faithlessness nullify the faithfulness of God? By no means!”

Meanwhile, the words “the traditions of men” are not found on the lips of Jesus, but are again from Paul (Colossians 2:8), where he speaks of “philosophy and empty deceit, according to human tradition, according to the elemental spirits of the universe, and not according to Christ.” But this he says in reference, not to the Jews, but to the pagan culture and religions. (“Philosophy” refers here, not to principles enunciated by the Greek philosophers, such as Plato or Aristotle, but rather to a way of life, or culture; the academic use of the word is a later usage.) The “elemental spirits” are the demons represented by the pagan deities, who supposedly controlled the cosmic forces. (I am following the interpretation of the Catholic Commentary on Sacred Scripture on this passage in Colossians.)