In the Season of Plenty 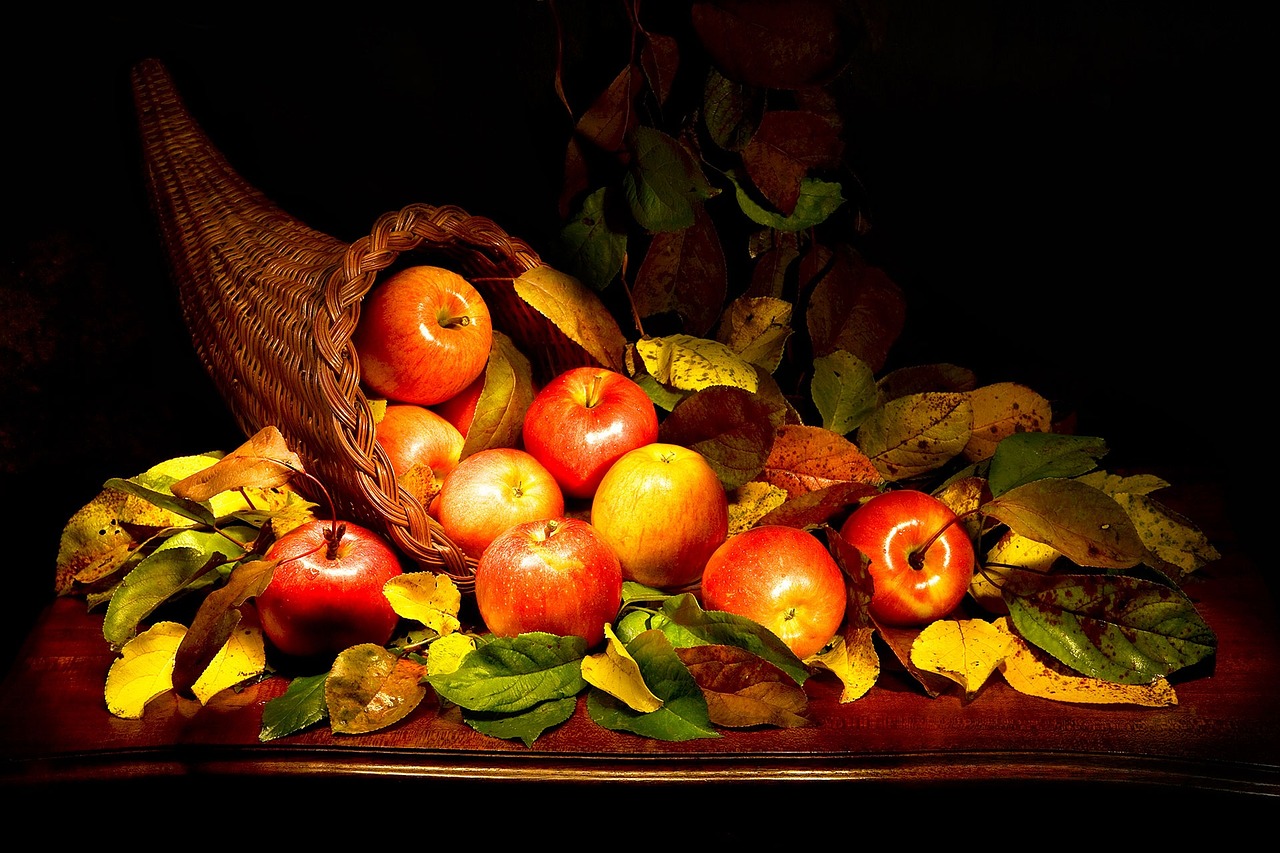 There were times in my early adult life when I was poor. Poor enough that I was on food stamps and Medicaid.

Back then, I was so ashamed of my poverty that I drove a full hour from home to buy groceries just so I wouldn’t be recognized by anyone in my father’s congregation. I deliberately sought medical care some distance away so that I wouldn’t run into students that knew me as a substitute teacher. I didn’t want anyone to see me pull out a Medicaid card when the office secretary asked for an insurance card.

I remember how hard it was to admit all of this to my fiancé when we were dating. John is from a family that believes in pulling one’s self up by the bootstraps. They sit around the kitchen table and reminisce about his grandparents. They remember how his grandmother instructed each grandchild about how many squares of toilet tissue to use. How she kept track of every dime in a ledger. How her frugality enabled them to acquire multiple rental properties in just a few decades after arriving here from Germany in the 1940s. They made do with what they had. They didn’t receive government help – ever.

What would they have thought of me as a young mother with my basket of food and an envelope of color-coded food stamps? I remember how I used to fumble through the envelope, counting out the right amount. How the heat would rise up my neck and go into my face as I mumbled to the cashier. How I would want to be almost anywhere else when she would recount the stack of food stamps in front of me, just to be sure…

Or the night in the emergency room when my daughter fell and needed stitches. Or when my son was born and the Medicaid stopped because I was a full-time student and the state began considering grants and school loans as income–how thankful I was when a charity at the local hospital paid the bill in full. How ironic it seemed – like the Holy Family – my son was born just minutes before midnight on Christmas Eve, born to parents who had almost nothing.

Yes, I had been poor. And it was a memory I wanted to forget. I thought I would be able to bury the memories – if I told my fiancé about that part of my life, and he said it didn’t matter to him. John didn’t care at all. He even laughed when I finished speaking. “That’s nothing to be ashamed of. Besides, look how far you’ve come.”

That was true. I had gone on to finish my bachelor’s degree, to work as a teacher, to complete graduate school, to pay off every school loan. We married and bought a house. Sold it. Built another. We bought new cars. Went on nice vacations.

But the memory didn’t go away. I think this is a memory I’m not supposed to forget. I think I’m meant to bring it with me every time I go to the grocery store.

Every time I stand in the detergent aisle, and I remember that laundry detergent wasn’t covered – and I pick up an extra bottle for the St. Vincent de Paul Center. . .

Every time I buy feminine products for a household of daughters, and I remember that feminine hygiene products weren’t covered – and I buy extra for a woman I will never meet. . .

Every time I buy diapers and I remember rinsing out cloth diapers because I couldn’t afford disposables – and I pick up an extra box for someone else’s child or grandchild. . .

Every time I have to buy over-the-counter items at the drug store, and I remember how every dollar that went to baby Tylenol was one less dollar for something else. . .

In the Book of Deuteronomy, God says, “Hear, O Israel, the statutes and decrees which I proclaim in your hearing this day.” God tells the people how to treat each other, and then he reminds them, “For remember that you too were once slaves in Egypt, and the LORD, your God, brought you from there with his strong hand and outstretched arm.”

I need to remember what it was like to be poor and to remember that God brought me out of poverty. In my season of plenty, I need to let the memory propel me along this journey to sainthood.

In the same way, I remember what it was like to muddle through suffering, wonder if Jesus was still present with me because I wasn’t “feeling it” at times, and that horrible feeling of being a spiritual orphan with no true faith home that was more than shifting sands.

This, too, is a kind of poverty. For all those who have given to the poor, whether those in a food shortage, monthly budget deficit, or in a spiritual poverty—thank you.

Have a very blessed Thanksgiving.

(This article originally appeared in Catholic By Grace, a U.S. diocesan column)