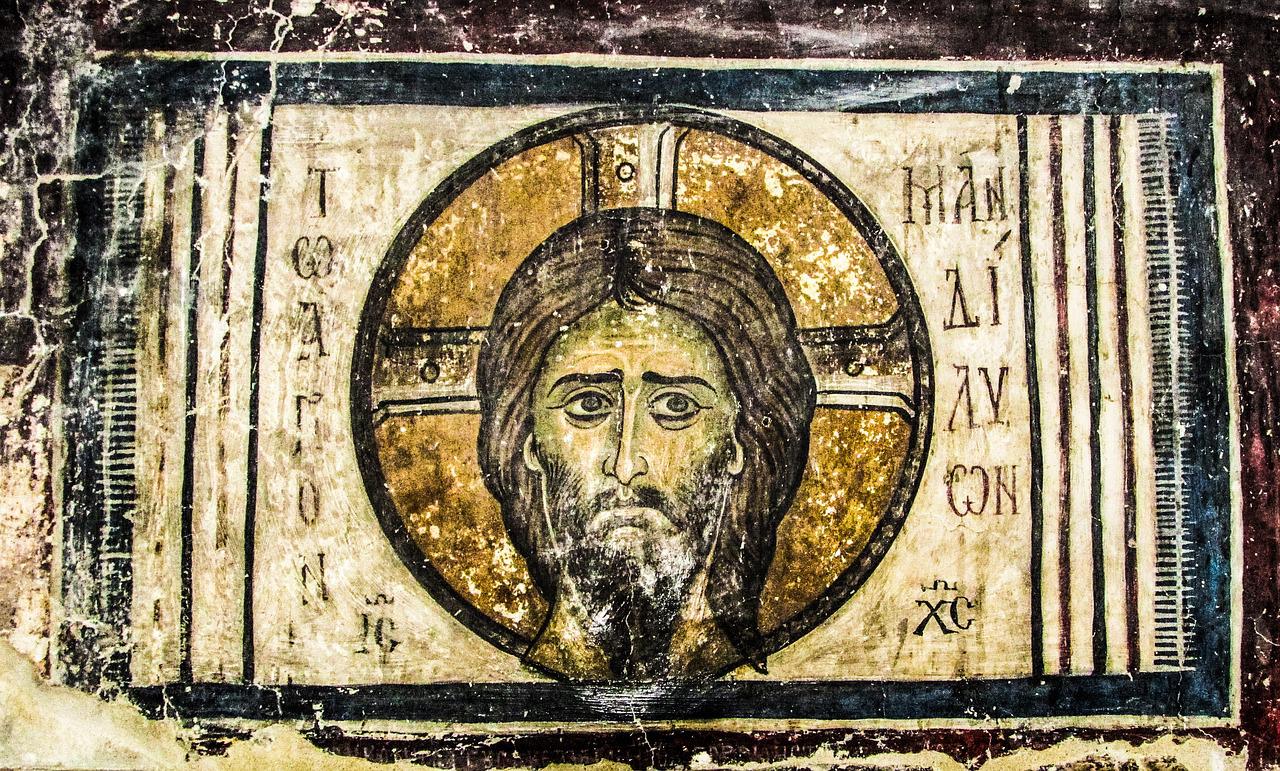 Even though our Lord and Savior Jesus Christ promised to send the Holy Spirit who “… will teach you all things, and bring to your remembrance all that I have said to you” (Jn 14:26) and to “… guide you to all the truth” (Jn 16:13), Our Lord did not promise that false teaching and confusion would not arise in the Church. As St. Paul wrote, “For there must be factions (“heresies” in the KJV) among you in order that those who are genuine among you may be recognized” (1 Corinthians 11:19).

The first factions began in the first century in reaction to the gentiles who were becoming Christians. The Judaizers insisted that gentile converts needed to be circumcised and obey the Laws of Moses in order to be saved. The Apostles responded to this error by convening a council in Jerusalem. This is the first known example of apostolic teaching authority (the magisterium) being exercised in the Church in the form of a council, under the guidance of the Holy Spirit, to settle disputes and to define authoritative dogma to be held by all Christians. The Council of Jerusalem would not be the last such gathering.

Over the following centuries, many councils were called by the successors of the Apostles to settle disputes. During the time of the persecutions, such councils, small and local, were of necessity in order to deal with local controversies in the Church. With the end of the persecutions and legalization of the Church, in AD 313, freedom of association was now granted to Christians. By the providence of God, the possibility of the bishops of the Catholic Church exercising their authority, as a universal body, would soon be needed. Just when attacks from outside the Church came to an end, the evil one devised a new strategy – causing errors and divisions to spring up from within the Church at an unprecedented level of intensity.

Thus, over the next several centuries, the Catholic Church would be rocked by false teaching concerning the identity of God and Jesus. The Church’s answers in response to these new heresies would come through ecumenical (general) councils. There have been twenty-one ecumenical councils of the Catholic Church, the latest being in the 1960s (Vatican Council II).

An ecumenical council is a gathering of the Church bishops, who represent the united apostolic authority of the Church, in union with the successor of St. Peter. Such a council has the authority to infallibly define teachings of the Church concerning topics of faith and morals. A general council need not be called by the pope; the earliest ones were called into session by the emperors in Constantinople. Nevertheless, in order to have universal and general authority, an ecumenical council must be recognized as such by the pope in Rome. We will examine the first seven ancient councils, which are recognized as authoritative by both the Catholic Church and the Orthodox Churches.

This council was convened to address the new, and popular, heretical teachings of Arius, a priest in Egypt. Arius taught that Jesus was not fully God; rather, he was the highest of creatures created by the Father, before the world was made, and “there was [a time] when he (the Son) was not.” Although Arius was disciplined by his bishop, his errors began to spread like wildfire through the Church. At the request of the bishops, Emperor Constantine I assembled a council, with the bishops of the entire Catholic Church attending at imperial expense. Pope St. Sylvester was too elderly to attend, so in his stead, St. Hosius of Cordoba presided over the council. A young deacon from Egypt, named Athanasius, was also in attendance. He would later become the hero of orthodoxy, devoting his life to the defense of Nicaea’s teaching that Jesus is fully God. From this council we were given the first version of what we now know as the Nicaean Creed, which declares that Jesus is: “… the Son of God, begotten of the Father, the only-begotten, that is, of the essence of the Father, God from God, Light from Light, true God from true God, begotten, not made, consubstantial (homoousion) with the Father….”

2. The First Council of Constantinople, AD 381

St. Gregory of Nazianzus vs. Macedonius
At stake: the Holy Spirit/Trinity

In response to a heresy invented by Macedonius I, the Archbishop of Constantinople, this council was assembled. Macedonius taught that the Holy Spirit was a creature and not God. His followers were called Pneumatomachi (“Spirit fighters”). Confirmed by Pope St. Damasus I, this council condemned Macedonius’ teaching as heresy. It did so by adding a new segment to the Creed of Nicaea: “I believe in the Holy Spirit, the Lord, the giver of life, who proceeds from the Father, who with the Father and the Son is adored and glorified, who has spoken through the prophets…”

St. Cyril of Alexandria vs. Nestorius
At stake: Mary, the Mother of God

St. Cyril of Alexandria presided over this council, initiated by Emperor Theodosius II in response to the errors promulgated by Archbishop Nestorius and his followers. Nestorius denied that Jesus was fully God and Man. He condemned an ancient title of the Blessed Virgin Mary – Theotokos (“God Bearer” or “Mother of God”). Instead, he taught that Mary was only the Mother of Christ the man, not his divinity. It was understood by many that his doctrine held that Jesus was two Persons, God the Word and the Man Jesus. The Council of Ephesus declared that Mary is the Theotokos because Her Son Jesus Christ is both God and Man. He is one divine Person with two natures (divine and human), intimately united. The council, confirmed by Pope St. Sixtus III, also condemned Pelagianism, which held that people could earn their own salvation through their natural powers, without the need of God’s grace.

In response to Nestorius’ heresy, some people ran to the opposite extreme. One such person was Eutyches, an abbot of a Constantinople monastery. In his attempt to defend the unity of Christ’s incarnation, he went too far. He stressed the unity of Christ’s nature to such an extent that Christ’s divinity consumed his humanity, as the ocean would consume a drop of vinegar. His followers, known as Monophysites (“One Naturists”), denied that Jesus was truly human and divine. Convened to respond to Nestorius, this council was presided over by the papal ambassadors Paschasinus, Lucentius, and Boniface. It dogmatically decreed “… that our Lord Jesus Christ is to us One and the same Son, the Self-same Perfect in Godhead, the Self-same Perfect in Manhood; truly God and truly Man; the Self-same of a rational soul and body… like us in all things, sin apart… acknowledged in Two Natures unconfusedly, unchangeably, indivisibly, inseparably… the properties of each Nature being preserved, and (both) concurring into One Person….”

5. The Second Council of Constantinople, AD 553

This council, called by Emperor Justinian I, condemned the writings of Theodore of Mopsuestia, Theodoret of Cyr, and Ibas of Edessa, also known as the “Three Chapters,” who were tainted by Nestorianism. It reinforced the Church’s condemnation of Nestorianism and condemned the teachings of Monophysitism and some teaching of the third-century Egyptian theologian, Origen. It also proclaimed ten dogmatic canons which defined Chalcedonian Christology with a new precision.

6. The Third Council of Constantinople, AD 680

Held in the imperial palace in Constantinople, 151 bishops met to discuss a teaching that had become popular in the east called Monothelitism, which held that Jesus had only one will, the divine will. During the council, a letter by Pope St. Agatho was read that explained the traditional belief of the Catholic Church – that Christ has two natural wills and two natural operations, divine and human. The bishops of the Council accepted the letter, proclaiming that St. Peter spoke through St. Agatho.

They minced no words, declaring the heresy a tool of Satan and “ruinous to the mind,” asserting: “We proclaim equally two natural volitions in Him and two natural principles of action which undergo no division, no change, no partition, no confusion, in accordance with the teaching of the holy fathers…. His human will… was not destroyed by being made divine, but rather was preserved… for the miracles and the sufferings are of one and the same…. And the two wills [are] not in opposition…. [but] in a communion… meeting in correspondence for the salvation of the human race.”

St. Tarasius vs. Emperor Constantine V
At stake: veneration of icons and relics

In an era when Christianity was being condemned by Muslims, in AD 754 the Emperor Constantine V banned the veneration and use of icons (images) in churches, declaring that the use of icons was idolatrous. Thus began a period of iconoclasm (icon smashing). This ban precipitated the persecution of those who venerated icons, especially monks. After 34 years of imperial persecution, an ecumenical council was called. The council Fathers decreed that, “It is proper to accord to them [icons] a fervent and reverent veneration, not, however, the veritable adoration which, according to our faith, belongs to the Divine Being alone – for the honor accorded to the image passes over to its prototype, and whoever venerate the image venerates in it the reality of what is there represented.” This council also condemned Adoptionism, which held that Christ was not the Son of God by nature but by adoption only, thereby denying the incarnation of the Word made flesh.

Jim Anderson is Ministry Membership & Pastoral Care Coordinator for The Coming Home Network. He grew up in the United Methodist Church and while in college joined the Lutheran Church. He received a BA in History from Ohio University and an MA in Church History from Ashland Theological Seminary. While he was studying the writings of the early Church Fathers he began his journey toward full-communion with the Catholic Church. He was received into the Catholic Church, in 1981, while still attending Ashland Seminary. Jim began working with the Coming Home Network in 2001.