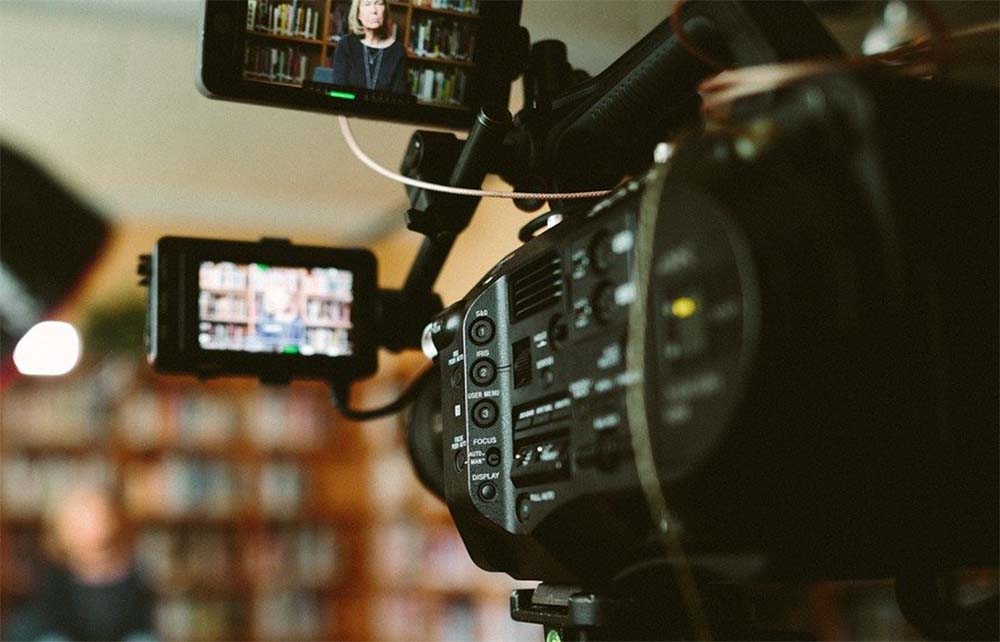 Between Deep in History, On the Journey, Signposts, Insights and Deep in Christ, we published dozens of great videos in 2021 that covered everything from conversion stories to apologetics to spiritual growth. And we have plans for a lot more exciting new content in 2022!

In the meantime, here were the Top 10 videos that we published over the past year:

10. The 12 Steps and Christian Spirituality – Deep in Christ 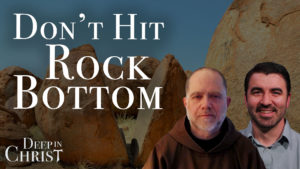 JonMarc Grodi and Brother Rex Anthony Norris spent a series of episodes on Deep in Christ looking at the 12 steps used by addiction recovery programs, and connecting them with aspects of Christian spirituality as a way to grow deeper in relationship with God. From hitting rock bottom, to taking a moral inventory, to making amends, JonMarc and Brother Rex look at how the Christian life is necessarily a life of ongoing conversion. Watch the series.

9. Deep in History – Against Heresies by St. Irenaeus of Lyons 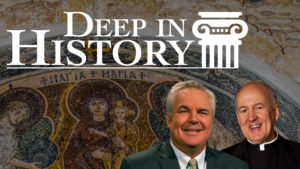 Marcus Grodi and Msgr. Jeffrey Steenson continued the series they began in 2020 unpacking the work Against Heresies by St. Irenaeus of Lyons, who will soon be named a Doctor of the Church. In the latter part of the book, St. Irenaeus dives deeper into the mystery of the incarnation of Jesus, the nature of the Church, and the threats posed to the Faith by the antichrist and the devil. Watch the series.

8. From “Spiritual but not Religious” to Catholic – Christine Flynn 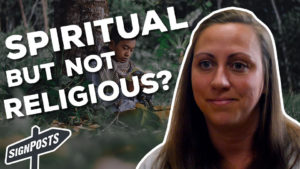 Christine Flynn wasn’t raised in any particular faith, but her overwhelmingly negative experiences with Christianity in high school turned her off to that idea of God, and by the time she met her husband, she considered herself an atheist. She shares how the birth of her first child, and the questions that raised about love, morality, and our dependence upon one another got her to start rethinking what she believed about matters of faith. Watch Christine’s video. 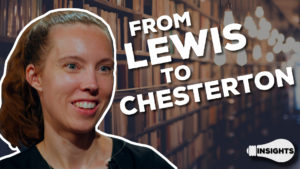 As an agnostic studying in the field of astronomy, Dr. Karin Öberg still had a strong belief in free will, and a clear sense that right and wrong existed. So when she picked up Mere Christianity by C.S. Lewis and read it in an afternoon, it was a thrilling rediscovery of the Christian faith she’d left behind in her teens. Later, when she picked up G.K. Chesterton’s Orthodoxy, she would have a similar experience; only this time, it sparked a quieter a sense of wonder and awe that would call her to go even deeper with Christ. Watch Karin’s video. 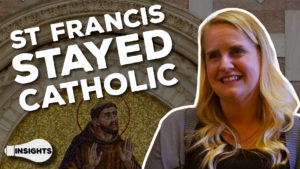 As a pastor’s daughter, Dr. MaryJo Burchard was well acquainted with the challenges of reforming Christian communities due to her father’s work as a transitional leader for churches in crisis. That experience led her to pursue academic studies in organizational leadership, and in doing so, she discovered the real St. Francis of Assisi: a radical disciple of Jesus who saw the brokenness of the Catholicism of his day, but rather than leaving it to start something new, gave up everything to rebuild the Church. Watch MaryJo’s video. 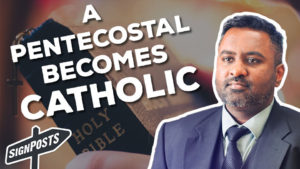 Marcus Peter grew up Catholic in Malaysia, but decided he was an atheist from a young age. He became successful at almost everything he tried, but without a greater purpose to it all, he was utterly miserable. After a powerful born-again experience, Marcus began preaching to Assemblies of God congregations. But when he ran into disputes among Pentecostals, Marcus decided to go back to the early Church and examine the sources. And when he did, he was discover to find just how Catholic the early Church was. Watch Marcus’ video.

4. From Fundamentalism to Catholicism – Michael Kelleher 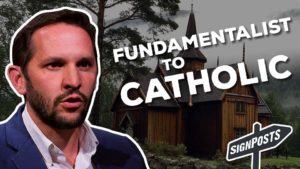 Michael Kelleher grew up in a family that was deeply devoted to the Bible. So much so, in fact, that they had trouble finding a church home where they thought the Scriptures were being properly lived and proclaimed.  However, when Michael took a Bible college class that was intended to help him defend sola Scriptura, it raised a number of frustrating questions about how sola Scriptura was supposed to work. Those questions sent him on a journey that would eventually lead him to the Catholic Church. Watch Michael’s video.

3. On the Journey with Matt and Ken – The Real Presence 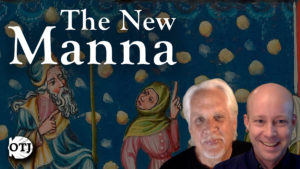 In a 10-part series, Matt Swaim and Ken Hensley looked at their own background as Evangelicals and what they once believed about the Lord’s Supper, and shared how through a study of Scripture, typology, and the Church Fathers, they came to believe what the Catholic Church teaches about the Real Presence of Jesus in the Holy Eucharist. Watch the series. 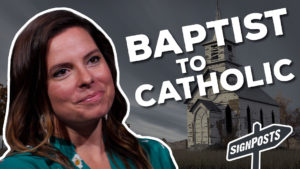 Marcy Kelleher grew up a strong Christian in the Reformed Baptist tradition. In college, she’d have vigorous debates with other Christian friends, and it led her to wonder about why Christians were divided. She was challenged by a professor to examine *why* she believed what she believed, and that took her deeper into questions of Scripture, history, and the sacraments. Eventually, she and her husband felt a conviction from the Holy Spirit to become Catholic, and entered the Church together shortly after they got married. Watch Marcy’s video.

1. On the Journey with Matt and Ken – Christian Authority 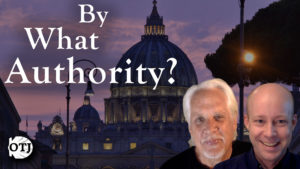 The question of authority is arguably the most fundamental controversy that divides Christians. In a 17-part series, Ken Hensley, a former Baptist pastor, and Matt Swaim, who comes from a Wesleyan Holiness background, shared their previous understandings of Christian authority, and how years of prayerful study led each of them to accept the Catholic understanding of authority as a three-legged stool of Sacred Scripture, Sacred Tradition, and the Magisterium. Watch the series.

We were thrilled to be able to share so much wonderful video content in 2021! With the help of your generous support, we hope to continue to share a lot more of it in 2021. Happy New Year!