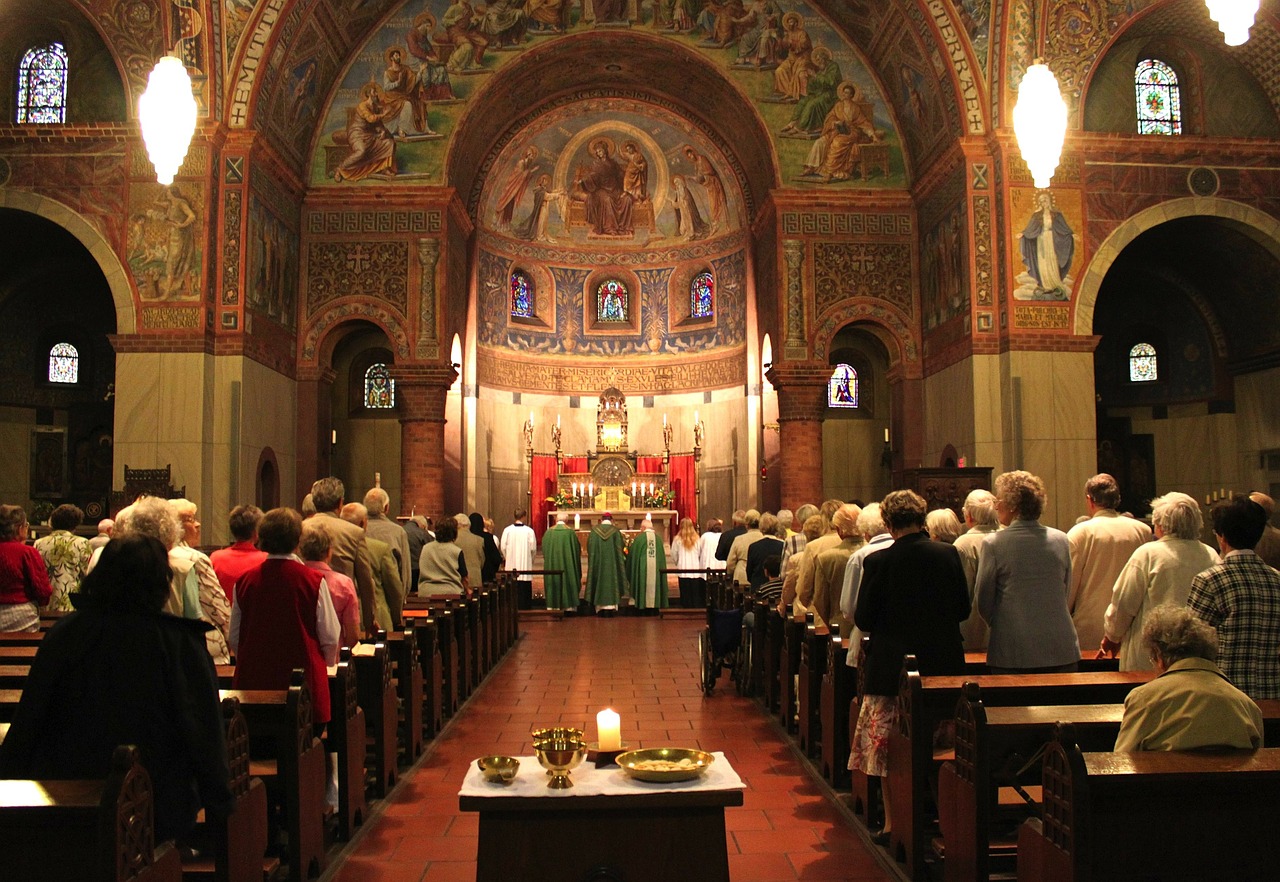 By now, you’ve probably heard the term “RCIA” more than a few times.  You have a vague understanding that it’s what someone does if they want to become Catholic, but you really don’t know exactly what’s involved.  Perhaps you’ve been attending Mass with your spouse for a while and have finally decided to officially become a member of the Catholic Church, or maybe you’re planning a wedding to a Catholic and want to join them in their faith community, or you’re a Christian from another faith tradition and you’re interested in what Catholics believe and why they believe it.  Even if you come from some other place in your faith life and have other reasons, you’ve heard that RCIA would be a good place to find answers to your questions.

So, now that you’re interested, you probably want to know what this program is all about and what to expect.  This article will answer some of the most common questions about the process.

1. How much is this going to cost?

Absolutely nothing! There is no charge to attend the presentations and go through the program, and there is no cost to receive the sacraments.

2. Do I have to make a commitment to finish the program once I start?

You are under no obligation to complete the program.  In fact, at several major milestones between your first RCIA meeting and the Easter vigil, you will be asked to examine yourself and decide if you’d like to continue. Joining the Catholic Church isn’t something that can be imposed, it must be freely chosen.

3. What should I expect during this process?

The process begins with a period called either “inquiry” or “pre-catechumenate.” This part of the overall journey actually starts when you decide to further explore the Catholic Faith, whether formally enrolled in RCIA or on your own. This period usually lasts from around Labor Day until the Rite of Acceptance. For me, the period of inquiry actually lasted almost thirteen years, from when I first felt called to the Faith until I finally decided to formally join the RCIA program and be received into the Church.

As I mentioned above, this period ends where the next begins, at the Rite of Acceptance. The period of inquiry is open to anyone wanting to learn more about Christianity in general, or Catholicism in particular.  Someone that enters the RCIA program is under no obligation, and will not be “forced” to become Catholic. You will be asked before the Rite of Acceptance if this is something you want to freely continue in.

​After the Rite of Acceptance, those who are unbaptized are called Catechumens, while those who are baptized in other Christian traditions are known as Candidates. This part of the process is marked by a deepening in the candidates and catechumens’ prayer life, a deeper journey into Scripture and Catholic teachings, and a strengthening of the budding relationship with Jesus Christ and His Church.

From the Rite of Acceptance until Easter vigil, the catechumens are dismissed from Mass before the Liturgy of the Eucharist. This mimics an ancient practice that was mentioned by Saint Justin Martyr in the second century. They leave the community celebration of the Mass for further instruction on the Scripture readings.  The period of the catechumenate lasts for several months, and towards the end of it there is an opportunity, once again, to discern whether to move forward.

The beginning of the period of purification and enlightenment, which corresponds with Lent, is marked by two liturgical rites that are celebrated with the bishop at the cathedral. The Rite of Election for the catechumens, who’ll now be known as the elect, and the Rite of Continuing Conversion for the candidates.

The Rite of Election is another major step on the road to full membership in the Catholic Church through baptism. The names of the catechumens are written in the book of the elect, and this is presented by each parish to the bishop during the liturgy. The bishop confirms the election of these catechumens and calls them to receive the sacraments of initiation at the Easter Vigil. The rite for the candidates is slightly different, but they’re also presented to the bishop and called to persevere in the Christian Faith.

During Lent, there are several Rites for the catechumens that take place in the parish. Some of these are blessings, asking God to strengthen and protect them on their journey, and some are calls for introspection and repentance. These introspective rites are called the scrutinies and they are meant for the catechumens to dig deep down and discover what is broken or hurt on the inside, to seek God’s healing touch in their souls.

There are also rites for the candidates where they reaffirm their commitment to join the Church and continue on their journey of faith.  This period of purification leads up to the day when we welcome the candidates and catechumens into full communion with the Catholic Church at the Easter Vigil.

Maybe you’ve been feeling this slight tug at your heart, this small quiet voice that you feel calling out to you.  You’ve had a desire to research and follow this voice but didn’t know where to begin, or you knew where to start but didn’t want to go down this path blindly. Now you know.

Remember that when God spoke to Elijah, His voice wasn’t in the earthquake, the wind, or the fire, it was in a small still voice (1 Kings 19:11-13). Sometimes God calls to us in a way that we have to slow down and really listen. Maybe God is calling you right now, come to RCIA and find out.

“John was standing with two of his disciples; and he looked at Jesus as he walked, and said, ‘Behold, the Lamb of God!’ The two disciples heard him say this, and they followed Jesus. Jesus turned, and saw them following, and said to them, ‘What do you seek?’” (John 1:36-38).

5. Can Cradle Catholics participate in RCIA?

If you have read this whole article, and now reached the end thinking “what about me? I’ve already received my sacraments, but I’d love to learn more about my faith,” then do I have an offer for you!  Every person that comes through the RCIA process needs a sponsor. The sponsor doesn’t have to have the knowledge of Scott Hahn or even the patience of Mother Teresa, but they have to be practicing Catholics that are willing to put in the time and help build up our Church. Sponsors learn so much about our Catholic Faith and many return year after year.  If that sounds like something you’d be interested in, then please consider being a sponsor!

This article was previously published at https://nowthatimcatholic.com/2021/01/14/what-is-rcia/.  Used with the permission of the author.

Charles Johnston is a father and husband who works as a contractor in Phoenix AZ. He’s a convert from evangelical Protestantism, who realized years ago that he wasn’t really protesting anything. He writes regularly at and nowthatimcatholic.com and Catholic365.com.