A Baptist Minister’s Journey to the Eucharist Part I:
Facing the Fathers 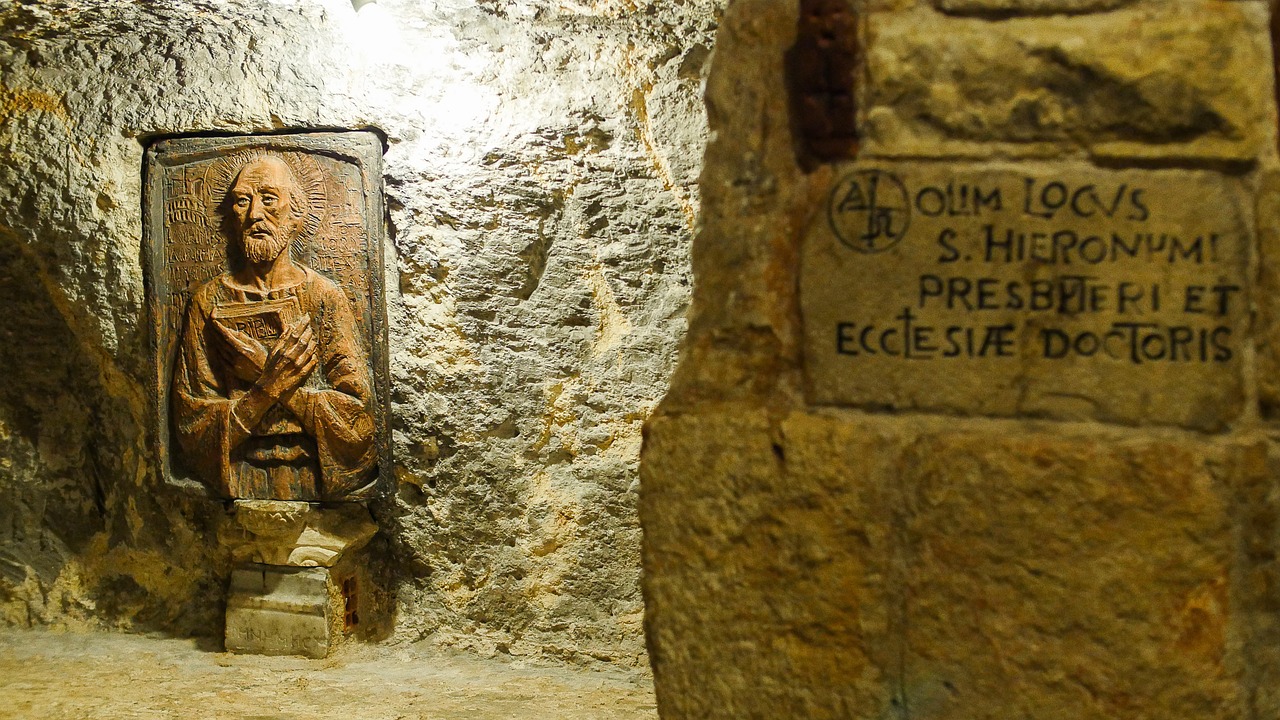 This is the first installment in a continuing series by Ken Hensley.

For many years I believed that what we Catholics refer to as the Holy Eucharist was something very different.

It was the “Lord’s Supper” to Baptists and other Evangelicals. We viewed it as a simple meal of remembrance and recommitment.

Jesus had said, “Do this in remembrance of me.” St. Paul had written, “For whenever you eat this bread and drink this cup, you proclaim the Lord’s death until he comes” (1 Cor. 11:26). And in the thinking of essentially every Christian I knew, this was the sum of it: the Lord’s Supper was a time for calling to mind what our Lord had suffered for us, giving thanks, recommitting our lives to Him and by the sacred use of bread and wine proclaiming the Lord’s death until He comes again.

Of course, we believed Jesus was “with us” in the breaking of the bread, but not in any sense substantially different than He is with us all the time. Certainly there was no “miracle” taking place by which bread and wine were changed in any way. No. The bread and wine were mere symbols, the bread depicting Christ’s broken body, the cup his shed blood.

With this view, although it was common for an ordained minister to lead in the celebration of the Lord’s Supper, and for it to be celebrated in the church and during the Sunday worship service – once a month, once each quarter depending on the church – this wasn’t in any sense required. Indeed, it was common in the evangelical circles I was familiar with for adults, young adults, even teenagers, to celebrate the Lord’s Supper at youth camps and retreats, using whatever elements they had available.

Once I heard about potato chips and Coke being used.

Now, I don’t mean to say that the Lord’s Supper wasn’t treated as important, or meaningful, because it was. It was a solemn time. But like reading the Bible, or singing a hymn, or praying, it just wasn’t something regular Christians couldn’t do when and where they liked. Again, it’s not like some special miracle of some sort was taking place!

At some point along the way, the teaching of John Calvin on this subject began to intrigue me.

Now, Christ is the only food of our soul, and therefore our heavenly Father invites us to Christ, that, refreshed by partaking of him, we may repeatedly gather strength until we shall have reached heavenly immortality (Institutes of the Christian Religion Book IV, Chap XVII.1).

Of course Calvin was eager to emphasize that this was a “spiritual” feasting and not anything like what Catholics believe.

I was intrigued by this idea. And while I knew there were a number of New Testament passages that might – might! — support such a notion (we will return to these later in this series), I didn’t think Calvin’s view could be established with any degree of certainty from the data of the New Testament alone.

What was clear to me – what I thought could be clearly demonstrated from the pages of the New Testament – was that in the Lord’s Supper we remember, we recommit, we proclaim.

The New Hampshire Confession of Faith, a Baptist Confession drawn up in 1833, spoke of

The Lord’s Supper, in which the members of the church, by the sacred use of bread and wine, are to commemorate together the dying love of Christ; preceded always by solemn self-examination.

I was happy to stick with this simple definition.

About eight years into my pastoral ministry, I learned that an old acquaintance from seminary days had become Catholic.

I listened to his recorded conversion story and I still remember physically wincing when he spoke of receiving Christ in the Eucharist, “body, blood, soul and divinity.” The idea was so entirely foreign to me. In truth, I felt a little sick thinking about it.

Yes, I was aware that this “view” was anything but foreign to hundreds of millions of Christians from the Catholic, Orthodox, Anglican and Lutheran traditions. Martin Luther himself defended to the end a doctrine of the Real Presence. But none of these Christian denominations, I would have insisted, had adhered faithfully to the practice of sola scriptura.

If they had developed their theology of the Lord’s Supper directly – and solely! – from the teaching of the inspired Word of God, the Bible, they would never have embraced such nonsense.

Although I felt secure that I stood with Holy Scripture on this subject, there was one thing my old acquaintance said in his conversion story that made me sincerely curious.

He claimed that the Real Presence of Christ in the Eucharist had been the faith of the Church from the beginning.

The Testimony of the Fathers

Now, my assumption had always been that these “magical” views of the Lord’s Supper (baptism as well, but that’s another subject) must have arisen slowly over the course of several centuries as the Church incrementally strayed from a strict adherence to the Bible alone. Now I was being told that this wasn’t the case.

So what was the truth? What did Christians in the earliest centuries after the apostles believe about the Lord’s Supper?

I began for the first time in my Christian life to read the early Church fathers and to really listen to what they had to say.

Why? Because it was known that in their clandestine meetings the Christians gathered to celebrate a secret meal, during which they would eat the flesh and drink of the blood of a human being.

Athenagoras mentions that the Christians were accused of celebrating “Thyestian Feasts” — a reference to Greek mythology, where Atreus, motivated by revenge, killed the children of his brother Thyestes and served them to him for dinner. Thus the charge of cannibalism.

The charges of course were nonsense—although after reading the language the early bishops, theologians and apologists routinely used to describe the Eucharist, I had to admit that I could understand how some might misunderstand.

One of the earliest post-apostolic writers is St. Ignatius, bishop of the Church in Antioch and personal disciple of John the Apostle.

Late in his life (107-110 A.D.) Ignatius was condemned to death in the arena in Rome. He was to be fed alive to wild beasts. On his way from Antioch to Rome, he wrote letters to seven churches scattered throughout Asia Minor (modern-day Turkey), many of the same churches St. John wrote to in the Apocalypse.

In his letter to the Church in Smyrna, Ignatius mentions a certain group he clearly conceives as being outside the fellowship of the Church. This is how he describes them:

But consider those who are of a different opinion with respect to the grace of Christ, which has come unto us, how opposed they are to the will of God. They have no regard for love; no care for the widow, or the orphan, or the oppressed; of the bond or of the free; of the hungry or of the thirsty. They abstain from the Eucharist and from prayer because they do not confess the Eucharist to be the flesh of our Savior Jesus Christ, which was offered for our sins and which the Father, in His goodness raised up again. They who deny the gift of God are perishing in their disputes (Letter to the Smyrnaeans 6-7).

This was the first time I remember hearing the Eucharist described as “the flesh of our Savior Jesus Christ.” And I was hearing it in a pastoral letter, written by a man who learned his Christian doctrine from John the Apostle himself, written by a man on is way to die for that faith.

What could I say? Clearly, this was language that would never have entered my mind to use to describe the Lord’s Supper. Whether Ignatius was right in his view or had already departed from the teaching of the Bible into “magical” Catholic ways of thinking, it was beyond dispute that this early bishop and martyr held a view of the Eucharist very different from mine.

I read on and came to St. Justin Martyr, the first of the great Christian apologists. Writing around 150 A.D., he also described the Eucharist, and in terms similar to those of St. Ignatius:

For not as common bread or common drink do we receive these; but since Jesus Christ our Savior was made incarnate by the word of God and had both flesh and blood for our salvation, so too, as we have been taught, the food that has been made into the Eucharist by the Eucharistic prayer set down by him, and by the change of which our blood and flesh is nurtured, is both the flesh and blood of that incarnated Jesus (First Apology 66).

A prayer that “changes” bread and wine and “makes” it into the Eucharist? Never had I heard anyone speak about the Lord’s Supper as these two early witnesses did — except of course my old friend who had become Catholic.

I read on and came to St. Irenaeus, bishop of the Church in Lyon and the first great biblical theologian. Writing around A.D. 180, he described the Eucharist in these terms:

I read on and came to Tertullian. Writing around A.D. 210, he describes what is happening in the Eucharist. In the Eucharist, he says, “the flesh feeds on the body and blood of Christ that the soul likewise may be filled with God” (Resurrection of the Flesh, 8).

I read on and came to Cyril of Jerusalem. Around 350 A.D he wrote in his Catechetical Lectures:

The problem for me was not that I could find a few references like these scattered over the first four centuries of Christian history. The problem was that I found I could continue multiplying quotations like these from virtually everyone writing in those early centuries!

As far as I could tell, there was no evidence of any period of early Christian history in which the Church believed what I believed about the Lord’s Supper.

From History Back to Scripture

The questions that ran through my mind at this point were these:

If the apostles taught that the Lord’s Supper was a simple meal of remembrance involving bread and wine as symbol, how could the early Church have gotten so far off, and so quickly, and so universally?

How is it that Christian bishops and theologians living in different centuries and scattered all over the then-known world all speak in such similar ways?

And if all of this is evidence of a grand departure from the teaching of the New Testament, how is it there no evidence anywhere of anyone saying this? Why is there no one raising his voice to complain? “Listen, brothers, this not what the apostles taught!” One can find plenty of evidence of other disputes in the early Church. Why not on this issue?

My instinct as a Protestant committed to sola scriptura was to respond to these questions as many others have responded:

Who cares? Who cares what the early Church believed and taught about the Lord’s Supper? In the end, all that really matters is what the Bible teaches. As for Ignatius and Justin and Irenaeus and Ambrose and Augustine and the rest, Isaiah 8:20: “To the law and to the testimony: if they speak not according to this word, it is because there is no light in them.”

On the other hand, was it possible that there was more support for the teaching of the early Church in the Bible than I knew? How certain was I that the doctrine of the Real Presence was unbiblical?

Up Next: A Baptist Minister’s Journey to the Eucharist, Part II