Honoring Our Lady: A Stumbling Block For Conversions 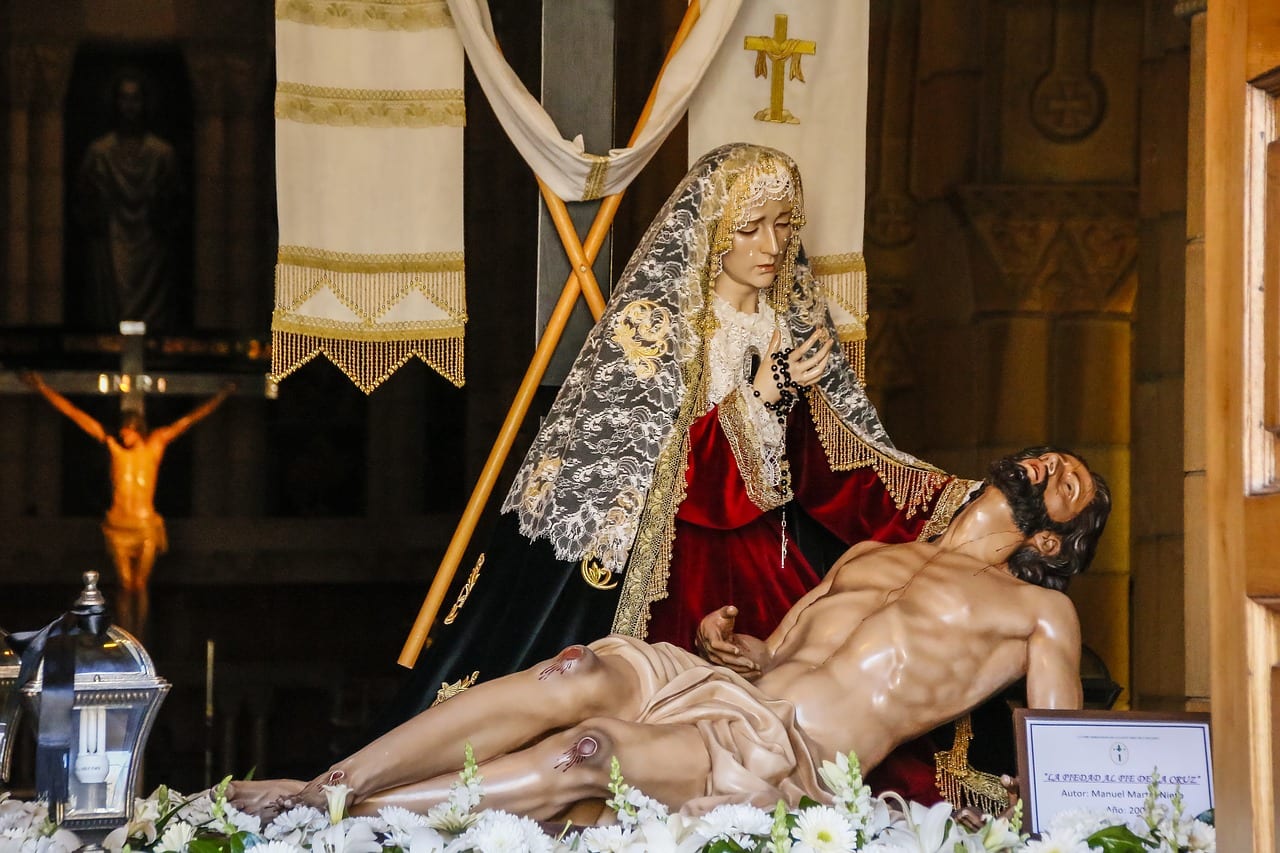 For many converts and those on the journey toward the Catholic Church, Catholic devotion to the Mother of God represents a major stumbling point. To many Protestant Christians it does appear as if Catholics offer divine worship to Our Lady, to a mere creature. The reply, of course, that we usually give is that we do not worship Our Lady; we simply ask her intercession, much as we would ask for the prayers of some saintly person living on this earth, a practice that Protestants, of course, engage in as well.

While it is true that our prayers to Mary are founded on the idea of obtaining her prayers for us, there is a further dimension to our devotion to the Mother of God that I think we often fail to mention, or even notice. Without meaning to, we perhaps come across as a bit disingenuous when we say we are merely asking for the prayers of the Blessed Virgin, when often we are clearly doing something more.

On the feast of the Assumption there is a popular pilgrimage an hour or so from where I live that attracts thousands of pilgrims every year. On the evening of the feast there is a procession in which the image of Our Lady is solemnly carried out of the church, and placed in the back of a truck with the bishop of the diocese kneeling in the truck bed before Mary’s image and leading the accompanying crowd of pilgrims in reciting the Rosary. I can easily imagine a Protestant who witnessed that exclaiming, “You say you’re simply asking for Mary’s prayers? That sure looks like something more! When  I ask a brother or sister for prayers, I don’t kneel before them or wave incense at them.”

Some of the strangeness of this, of the solemn incensing of images of Our Lady, of carrying them in procession or kneeling before them, comes from the fact that many Catholic practices developed in a monarchical and hierarchical age, when kings, popes, or other high personages received external marks of honor that are rare in the modern world, especially in democratic America. But I think there is more than this; there is a crucial point that we need to explain to Protestants to show why our practice of asking for Mary’s prayers goes beyond a simple, “Please pray for us.” This is the Catholic recognition that God uses created physical things in bringing goods and blessings, both spiritual and temporal, to the human race.

Even in the Old Covenant there are numerous examples of God working through physical means, many of them symbolic of the mysteries of the New Covenant. For example, when the children of Israel “spoke against God and against Moses,” God “sent fiery serpents among the people, and they bit the people, so that many people of Israel died” (Num 21:6). The people appealed to Moses, and he prayed for them. But God did not simply answer Moses’ prayer and remove the serpents; rather, He told Moses to make a bronze serpent and place it upon a pole “and if a serpent bit any man, he would look at the bronze serpent and live” (Num 21:4-9). Our Lord calls attention to this episode in His conversation with Nicodemus (John 3:14-15), comparing Moses’ lifting up of the metal serpent to the Son of man being lifted up so “that whoever believes in him may have eternal life.”

This use of physical objects to convey not merely temporal benefits, such as healing from serpent bites, but grace itself becomes more explicit in the New Covenant. In Acts 19, St. Luke recounts how “God did extraordinary miracles by the hands of Paul, so that handkerchiefs or aprons were carried away from his body to the sick, and diseases left them and the evil spirits came out of them.” It is in the sacraments, though, that we see the preeminent use of material things by God; humble created things, such as water or bread or wine or oil, when joined with the sacramental form of words and actions, effect spiritual changes. The sacraments are signs of grace, certainly, but they are more than merely signs, for they both “signify and make present the graces proper to each sacrament” (Catechism of the Catholic Church, 1131). We are regenerated by Baptism with water; we receive the gift of the Holy Spirit in Confirmation by means of the oil of sacred chrism, and so on, for God has graciously associated the ordinary things of His creation with supernatural grace. Many Protestants, of course, reject this understanding of sacraments, and some even reject the term sacrament, calling them ordinances, no longer outward signs that signify grace, but merely practices which one adheres to because of the command of Jesus Christ.

The Catholic view of these matters, however, is rooted in the Incarnation itself, in the taking of human flesh by the Second Person of the Trinity in order to accomplish the salvation of humanity. Our Lord’s divine Person has been hypostatically joined to a human nature, and it is by His death as man that we are saved. We are saved by the very blood of Jesus, blood which is as much a physical object as the eggs and toast I had for breakfast, blood which, as part of His humanity, is “of the substance of His Mother,” as the Athanasian Creed puts it. So Almighty God, a pure spirit, has graciously willed to effect salvific acts on our behalf by means of matter, simple created stuff. He has done this because of the union in our Lord of His divine and human natures so that these created things are now associated with the very Godhead itself.

In his book, Mere Christianity, C. S. Lewis writes of the reaction of many Protestants to Marian devotion, that

Protestant beliefs on this subject call forth feelings which go down to the very roots of all Monotheism whatever. To radical Protestants it seems that the distinction between Creator and creature (however holy) is imperilled: that Polytheism is risen again.

But such an understanding of monotheism and of God’s dealings with mankind is not found in historic Christianity, including the very Scriptures themselves. Such a radical separation of the divine and human is more akin to the Muslim understanding of a total separation between God and everything that He has created. Through the entire economy of salvation, God has associated the material with the spiritual, and Protestants themselves accept this principle, at least implicitly, without, however, extending it to its logical conclusion.

Thomas Storck has written widely on Catholic social teaching, Catholic culture, and other topics for many years. His most recent book is An Economics of Justice and Charity: Catholic Social Teaching, Its Development and Contemporary Relevance (Angelico Press, 2017). Mr. Storck was received into the Church in February 1978. An archive of his writings can be found at www.thomasstorck.org.