Billy Graham and the Catholic Church 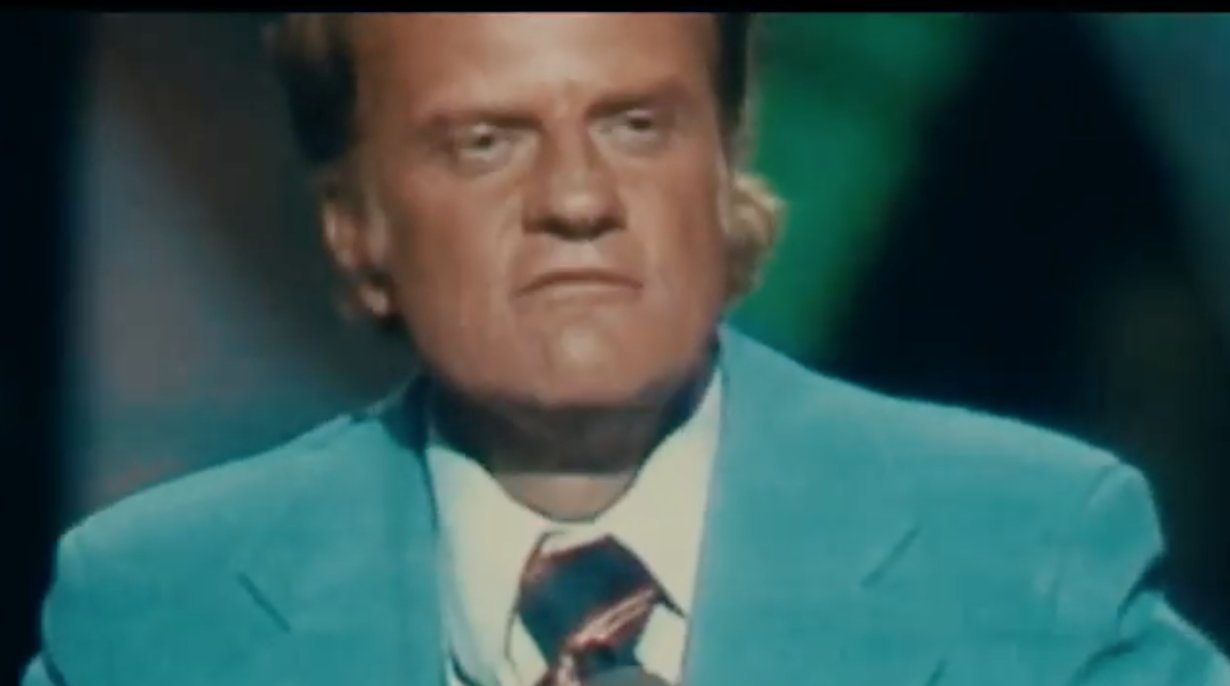 When the news came in that Billy Graham passed away on Wednesday, February 21 at the age of 99, my thoughts immediately returned me to a class I took in grad school on American Evangelicalism. One of the daunting tasks of the class was to do something that no historian, pollster or news pundit has ever been able to successfully do: define the word “Evangelical” itself. Our professor, however, noted that the best single-sentence definition he’d ever come up with was “someone who likes Billy Graham.”

For half a century, Billy Graham was considered by many to be the gold standard for preaching, evangelizing, and living the Gospel as he understood it. He was friends with everyone from Ronald Reagan to Bill Clinton, from U2’s Bono to Johnny Cash. His mission was not to spread a theology; it was to introduce people to Jesus Christ and implore them to invite Him to be Lord of their lives.

On the one hand, Billy Graham could be criticized for his essentialist views of the Gospel. On the other hand however, he was often criticized for universalism because of his magnanimity toward Christians across denominational lines, beyond his personal Baptist allegiances. That magnanimity didn’t just extend to Methodists, Pentecostals or others who some might include under the umbrella of “Evangelicalism,” but also to liturgical traditions as well — Anglicans, Orthodox, and yes, even Catholics.

The story of Billy Graham’s relationship with the Catholic Church is a fascinating one, and would make for an excellent doctoral thesis at some point. In the meantime, while this is in no way meant to be comprehensive, here are a few interesting notes regarding Billy’s interactions with the Church of Rome that may come as a surprise to some:

The affinity between John Paul II and Billy Graham actually dates back to before Karol Wotjyla became pope. As a matter of fact, Cardinal Wotjyla invited Graham to preach a mission in Krakow in 1978. Wotjyla had to cancel his own appearance at the rally, however; he’d been called to Rome on account of the death of Pope John Paul I.  In 1979, shortly after Wotjyla was raised to the papacy, Graham appeared on the Phil Donohue Show, and when asked about the new pope, Billy referred to him as a man of “real authority” who didn’t “pull any punches.”

After his election as pope, John Paul II had the opportunity to meet with Graham on three separate “official” occasions. According to Graham, the Holy Father told him, “we are brothers.” And in 1984, Graham’s spokesperson said that Billy had played a behind-the-scenes role in President Reagan’s establishment of diplomacy with the Vatican, which would eventually lead to the takedown of Communism in Eastern Europe.

His affinity for Archbishop Fulton Sheen

In his 1997 biography, Just As I Am, Graham mentions friendships with such prominent American Catholics as Fulton Sheen and Cardinal Cushing. And while some might think of Sheen as a sort of “Catholic Billy Graham,”  it was Graham who once referred to Sheen as “the greatest communicator of the twentieth century.” The story of how they first met is the stuff of legend; according to Graham, the two happened to be on the same train from Washington, DC to New York City. Graham was apparently already in his pajamas when Sheen knocked on his door, wanting to meet him, and the two became fast friends.

Of course, Fulton Sheen was by no means the only prominent American Catholic with whom Billy was known to interact; Rose Kennedy once told Graham, “Even though we are Catholic, I have never heard you say anything we don’t agree with in the Bible.” Although Billy didn’t become a face of popular Protestant/Catholic ecumenism in the United States until the early 1980’s, it was in all the way back in 1967 that he received his honorary doctorate from Belmont Abbey College, after which he joked that people might start calling him “Father Graham.” And it was in 1981 that Billy spoke at a Vespers service at the North American College in Rome, which he later described as “Christocentric.”

If there was a primary way in which most ordinary Christians encountered Billy Graham, it was his Crusades, which spanned the globe and drew tens of thousands of attendees in nearly every major city in the United States, and around the world. Graham actually ended up taking a lot of heat from fellow Protestant pastors for his approach to these events, an approach which developed over time; if someone came forward to accept Christ at a rally, he wanted them to plug back into whatever local Christian community they might already be connected to. This meant that if a Catholic came forward, Graham wanted them to have a ready connection with their local parish.

Because of this, some of Billy’s more fundamentalist Christian critics saw Graham as succumbing to Universalism, although Billy himself more likely looked at it as something more like Christian essentialism; that Jesus wanted to be Lord of people’s lives, and Graham needed to tell them about it. If from that point forward, Jesus wanted them to participate in the sacraments, that was beyond Billy’s understanding or authority; he just knew he needed to preach the Gospel.

Billy even went so far as to connect, not only with local parish priests, but with bishops and archbishops whenever he deemed it appropriate. When he held his 1989 Crusade in London, he personally called on Cardinal Basil Hume, who accepted Graham’s invitation and attended the rally. Who knows how many Catholics were in attendance, and heard that day that they could remain fully Catholic and have a personal relationship with Jesus at the same time?

The post-Vatican II era of the Catholic Church, especially in places like the United States, has been marked by a conflicted sense of what it means to be truly ecumenical. How much common ground can Catholic and Protestant leaders reach without appearing to capitulate to the doctrines of the other side? Billy Graham heard criticisms of this type all the time, especially in the latter half of his career.

Who knows what it was that drew Billy to see something in the Catholic Church that so few “Evangelical” leaders before him were unable to see? As Catholics, we have our hopes for all our “separated brethren,” but obviously, Graham never became a Catholic, so whatever his leanings, they never took him all the way to Rome.

Maybe it was the moral clarity of the Church, or its sense of history, or the way it saw the sacraments as a way to level the playing field between prince and pauper that made Billy Graham sympathetic to the Catholic Church. Maybe it was the universality of the Church that appealed to Billy; surely he grasped some sense of it when he saw Christians of every denomination at his crusades. Maybe it was the fact that Catholics didn’t just see Peter’s faith, but Peter himself as the Rock on which Christ founded the Church, and Billy appreciated the fact that a weak vessel like Peter – and even himself – could be used by God. Whatever the case, Graham at least tipped his hand when he remarked, “I feel much closer to Roman Catholic tradition than to some of the more liberal Protestants.”

Billy Graham has passed, and we mourn him as we mourn all the dead; we pray for him as we pray for all the dead. We commend them to the mercy of God, because at the end of everything, it’s not our achievements or social standing or anything else that gets us to heaven but the Cross of Jesus Christ, our Lord and Savior.

A good friend of mine, an Evangelical who became Catholic, once told me that after receiving Holy Communion, the prayer he prays comes from the lyrics of an invitational song Billy Graham loved so much that he named his biography after it. I pray them myself from time to time as I approach my Eucharistic Lord; it’s not unreasonable to think Billy prayed them as he prepared to meet the same Lord, face to face, as we all must eventually do:

Just as I am, without one plea,

But that Thy blood was shed for me,

And that thou bid’st me, come to Thee,

Matt Swaim is Communications Coordinator for The Coming Home Network and host of The Son Rise Morning Show on EWTN Radio.  He is also the author of a number of books, including Catholic Puzzles and Word Games, Vols. 1&2, for Ave Maria Press.