Proclaiming Good News to the Poor 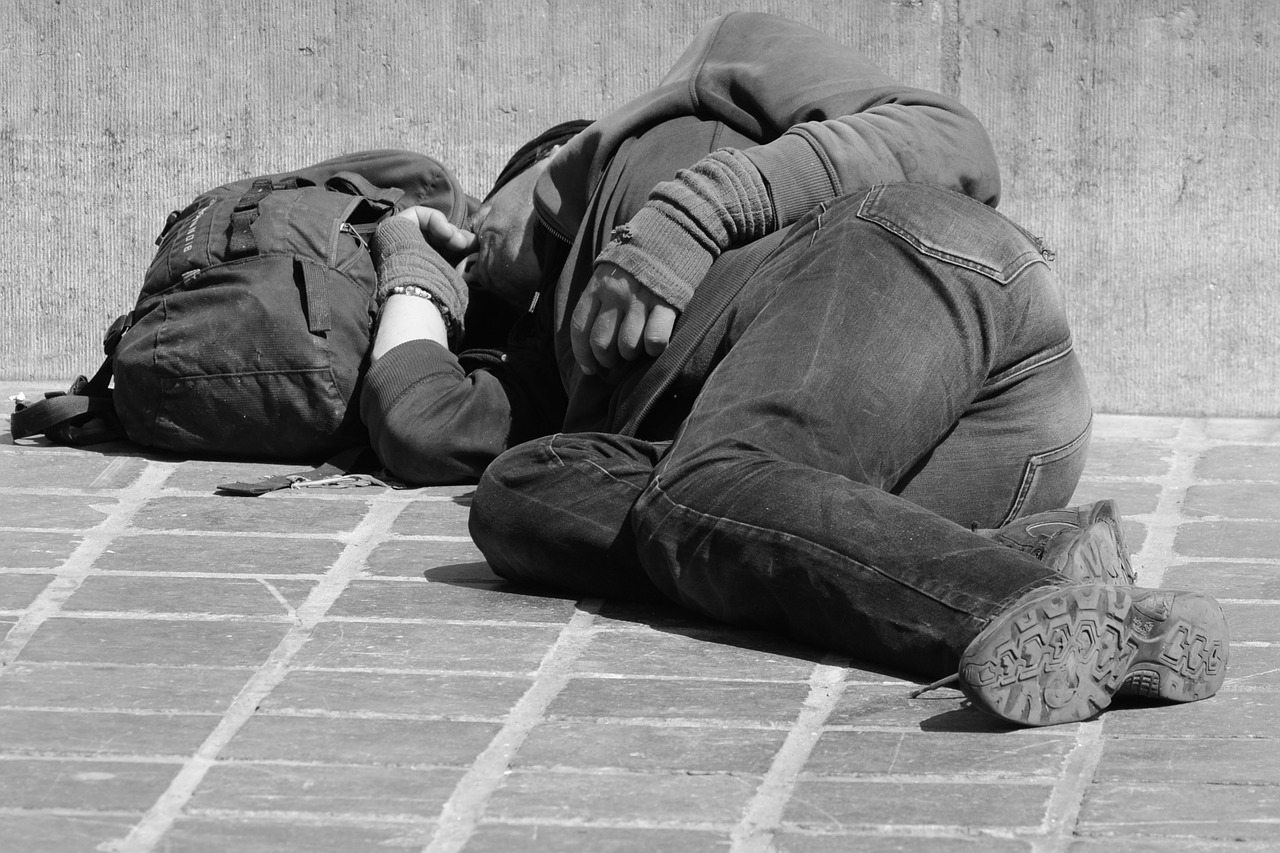 “The most terrible poverty is loneliness, and the feeling of being unloved.”
― Mother Teresa

Please say a prayer for Joe.*

Joe is homeless. He’s been homeless on and off for well over a decade due to a combination of poor choices mixed with active alcoholism.

Most mornings he stands outside the church where I attend Mass, panhandling for enough cash to buy more alcohol to hold off the shakes. He’s usually “half in the bag” when I see him. I have been gently coaxing him to get into a 12-Step program and/or a rehab for over a year with no luck.

Joe said he doesn’t feel like he belongs in church. I told him all people are welcome in the Catholic Church. I told him that if he comes in again and sits in the back and I see him, I’m coming after him, and then we might get into a fight and then we’ll both end up going to jail!

We both had a good laugh.

Anyway, Joe and I sat down on the curb after leaving the church. We chatted for a few minutes as we often do about God, Catholicism, sin, salvation, and, on this day, the cross he was wearing around his neck outside his dirty, tattered sweatshirt. I also brought up the possibility of recovery from alcoholism whenever there was a lull in our conversation.

People were walking by us, slipping Joe a buck here, a fiver there. But I wondered how many of those kind, caring, compassionate folks, despite their best intentions, really saw Joe the human being, Joe the prodigal son and young brother, Joe the lost sheep, Joe for whom Jesus died.

Maybe he wondered the same thing because after everyone had gotten in their cars and were long gone from the parking lot, Joe looked at me and started to tear up as he said, “Thanks for talking to me.” He then gave me a great big bear hug. (Boundaries, dude! Boundaries, I thought as we exchanged this manly-man show of affection!)

I’m not telling you all of this because I am some sort of a St. Mother Teresa–like figure. In fact, when Joe asked me for a ride to a warming center three blocks out of my way (which I did give him) my initial internal response was to be upset for being inconvenienced! (I claim spiritual progress rather than spiritual perfection at this point in my journey home!)

No, I’m telling you all of this because it hit me today that maybe what the “Joes” living on our streets in America need as much as they need “three hots and a cot” is for Christians like you and me to actually see them as our sisters and brothers, as Jesus did, and then to speak and act accordingly.

Of course our homeless sisters and brothers need and deserve the basic necessities of life — housing, clothing, food. But doesn’t every human being also have the need and deserve to be seen as a person, to be encountered as an individual with the same desire for love and friendship, a need to be treated with respect and dignity?

I think the answer given to us by Christ in both Scripture and Tradition is yes. I think that’s one of the reasons why Jesus hung out with “tax collectors, prostitutes, and sinners”: the Joes of the world, if you will. People like you and me, if we’re being honest.

Salvation is so much richer than “accepting Jesus as my personal Lord and Savior.” Salvation also means that Jesus accepts us — and maybe that’s the first step for a lot of people. God loved us first, as John the Evangelist put it (cf. 1 John 4:10). As a priest once told me in confession, “We don’t have to get good to get God to love us. God’s love makes us good … eventually.”

I don’t know if Joe will ever make his way into a 12-Step program. I don’t know if he’ll ever get sober in some other way. All I do know is that as a person in recovery, I have a responsibility to carry the message that sobriety is possible. I pray that Joe hears the message of recovery soon.

More importantly — and what I’m about to say goes for every single Catholic — by my Baptism I have been called and commissioned to tell Joe that God loves him as an individual and desires his friendship.

If I don’t tell Joe the good news that he is personally loved by God and that an intimate, life-giving union with God is possible through friendship with Jesus Christ in His Church, I have misunderstood the message of Christ and the mission He entrusted to His Church to carry out.

So pray for Joe, would you please? And pray for me, a sinner.

In His Tremendous Love, Br. Rex

*Joe is not the man’s real name.