Why Call Mary “Mother of God?” 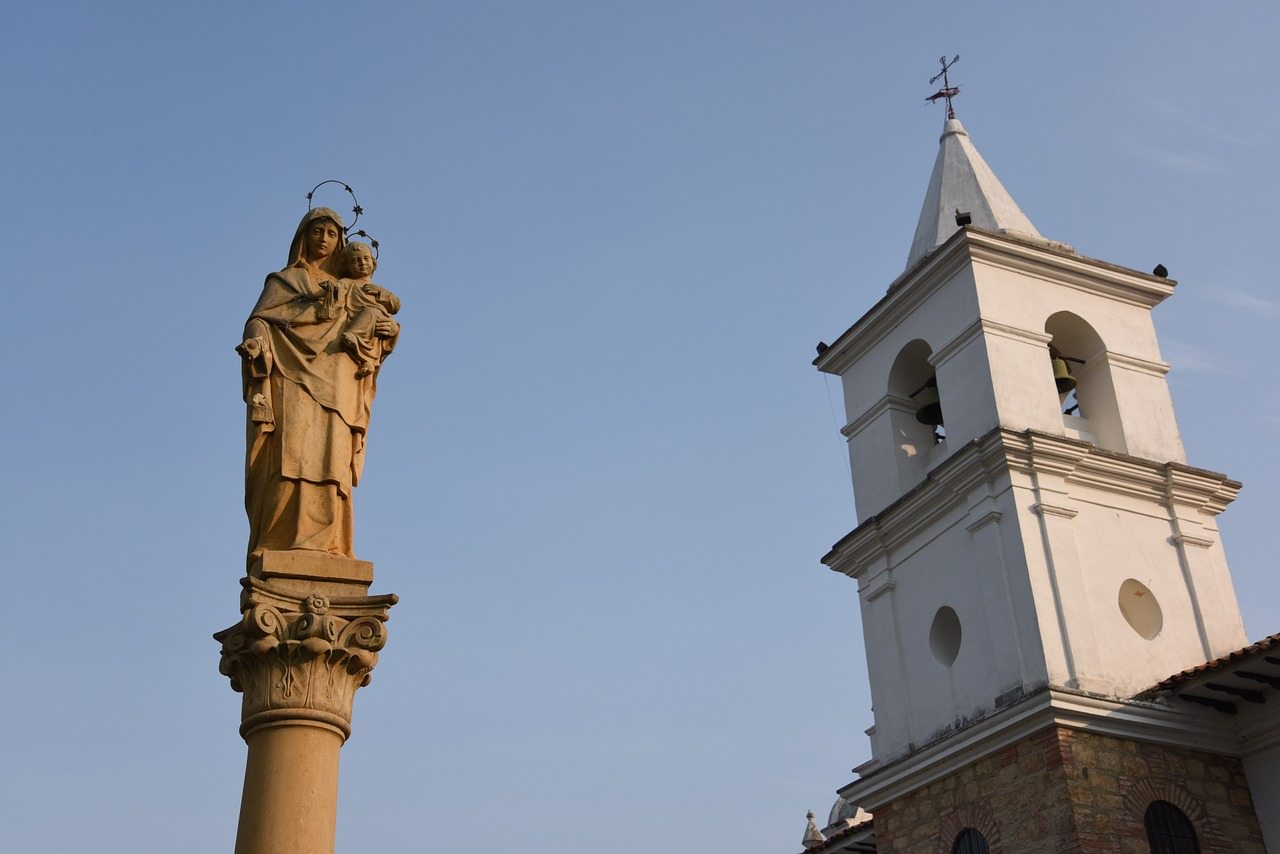 As we approach the celebration of Our Lord’s nativity, those who take time to ponder the mystery can find deep meaning in praying to Mary as the “Mother of God.”  Calling her by that name seems so natural to Catholic and Orthodox Christians that it may come as a surprise to them that other Christians sometimes object to the title. Non- Catholics considering the claims of the Catholic Church may even find the name to be a stumbling block.

Why? Because it may sound to them as if “Mother of God” implies that God Himself somehow has His origin in Mary. How could the Creator of all things, who depends on no one else for His existence, possibly have a “mother”?

To understand why Christians have called Our Lady by this title since ancient times, we need to take a look at the controversy that arose when prayers addressed to her in this way first became popular sixteen centuries ago.

Christ Is God and Man

From the very beginning of the Church, at the heart of the faith she has proclaimed, lies the insistence that her founder, Jesus Christ of Nazareth, is both God and Man. Jesus claimed for Himself the very name of God revealed to Moses, “I AM” (Jn 8:58), and He assumed divine prerogatives such as the forgiveness of sin (see Lk 5:18–26).

Jesus’ Jewish contemporaries understood that He was making such a claim, even though many of them rejected it. Some sought to put Him to death, saying to Him: “We stone you … for blasphemy; because you, being a man, make yourself God” (Jn 10:33; see also Jn 5:18; 8:58–59).

The Apostles testified to the reality of His deity. St. Thomas, for example, having known Jesus in His humanity, affirmed His divinity as well when he said to Him after His resurrection, “My Lord and my God!” (Jn 20:28).

When early Christians pondered these and other declarations of the apostolic witness, they wondered: How exactly was Christ both human and divine?  Was He, as some claimed, simply God and only appeared to be human?  Was He, as others speculated, a human to whom God attached himself in a special way, dwelling inside Him? Or was He, as still others imagined, a kind of hybrid, partly human and partly divine?

Ultimately, in the light of Scripture and Tradition, and led by the Holy Spirit, the Church concluded that none of the above answers is correct. The Council of Ephesus, an ecumenical Church council held in the year 431, helped to resolve the issue.

That council was provoked by a controversy over one particular question: Can we legitimately call Mary the “Mother of God”?

One prominent archbishop, Nestorius of Constantinople, began to preach against the use of the Marian title Theotokos, which we translate into English as “Mother of God.” (It literally means “God-bearer,” or “the one who gives birth to God.”) Christ was actually two persons, Nestorius claimed — one human, One divine — joined together in Christ. Though Mary was the bearer (or mother) of the human person in Christ, she was not the mother of the divine Person (God the Son). So she could not rightly be called the “Mother of God.”

Two Natures in One Person

After carefully examining this teaching, at Ephesus the Church pronounced Nestorius mistaken. Christ was not a combination of two persons, one human and One divine. That would be close to saying that He was simply a man to whom God was joined in a uniquely intimate way — a man specially indwelled by God, more like one of the Old Testament prophets.

Instead, the Church declared, Christ is only one divine Person — the Second Person of the Trinity. This single Person took our human nature and joined it to His divine nature, making it truly His own as well, so that He possesses two natures (Jn 1:1–3, 14).

But those natures don’t constitute two different persons. Christ is not a committee. The two natures belong to one and the same Person, the divine Son of God. And those two natures, though not to be confused, cannot be separated.

In this light, the Church concluded that not only is it correct to call Mary the Mother of God, but it is important to do so. Mary conceived and gave birth to the one Person, Jesus Christ, who is the Son of God in the flesh. If we deny that she is the Mother of God, then we are denying that her Son, Christ Himself, is God, come down to us from heaven.

To help our family and friends who are non-Catholic Christians understand the meaning and importance of this Marian title, we should focus on its history and its role as a safeguard of the truth of Christ’s divinity, which they affirm. The logic, after all, is simple: Is Jesus Christ truly God? Yes! Is Mary truly His mother, the woman who conceived and carried Him in her womb, then gave birth to Him on that first Christmas Eve?  Yes!  Therefore she is indeed the Mother of God.

It might be useful to point out as well that Martin Luther, the primary architect of the Protestant movement, spoke often of Mary as the “Mother of God.” He affirmed the decision of the Council of Ephesus and noted that it summed up all the reasons for honoring her:

“[S]he became the Mother of God, in which work so many and such great good things are bestowed on her as pass man’s understanding. For on this there follows all honor, all blessedness, and her unique place in the whole of mankind, among which she has no equal, namely, that she had a child by the Father in heaven, and such a Child. … Hence men have crowded all her glory into a single word [Theotokos], calling her the Mother of God. … None can say of her nor announce to her greater things, even though he had as many tongues as the earth possesses flowers and blades of grass; the sky, stars; and the sea, grains of sand. It needs to be pondered in the heart what it means to be the Mother of God. (“Commentary on the Magnificat,” found in Martin Luther, Luther’s Works, American Edition, Jaroslav J. Pelikan and Helmut Lehmann, eds.; CPH & Fortress Press, 1955–1986; 21:326)

Throughout the centuries since the Protestant movement began, a number of other Protestant theologians have also affirmed the title of Our Lady as “Mother of God,” accepting the ancient declaration at Ephesus and noting its importance to our understanding of Christ Himself. In doing so, they join Catholics in echoing the teaching of St. Paul, who described this reality succinctly: “God sent His Son, born of a woman” (Gal 4:4).

No wonder, then, that a week after every Christmas, on January 1, the Church calls us to celebrate the Solemnity of Mary, Mother of God. What better way to begin the new year than to recall this great mystery of our faith?

Paul Thigpen is a native of Savannah, Georgia, and grew up on one of the sea islands along the Georgia coast. He received a B.A. in Religious Studies from Yale University and earned an M.A. and Ph.D. from Emory University. He has served on the theology faculty of several colleges and universities and is currently editor for TAN Books, a publishing company based in Charlotte, North Carolina.