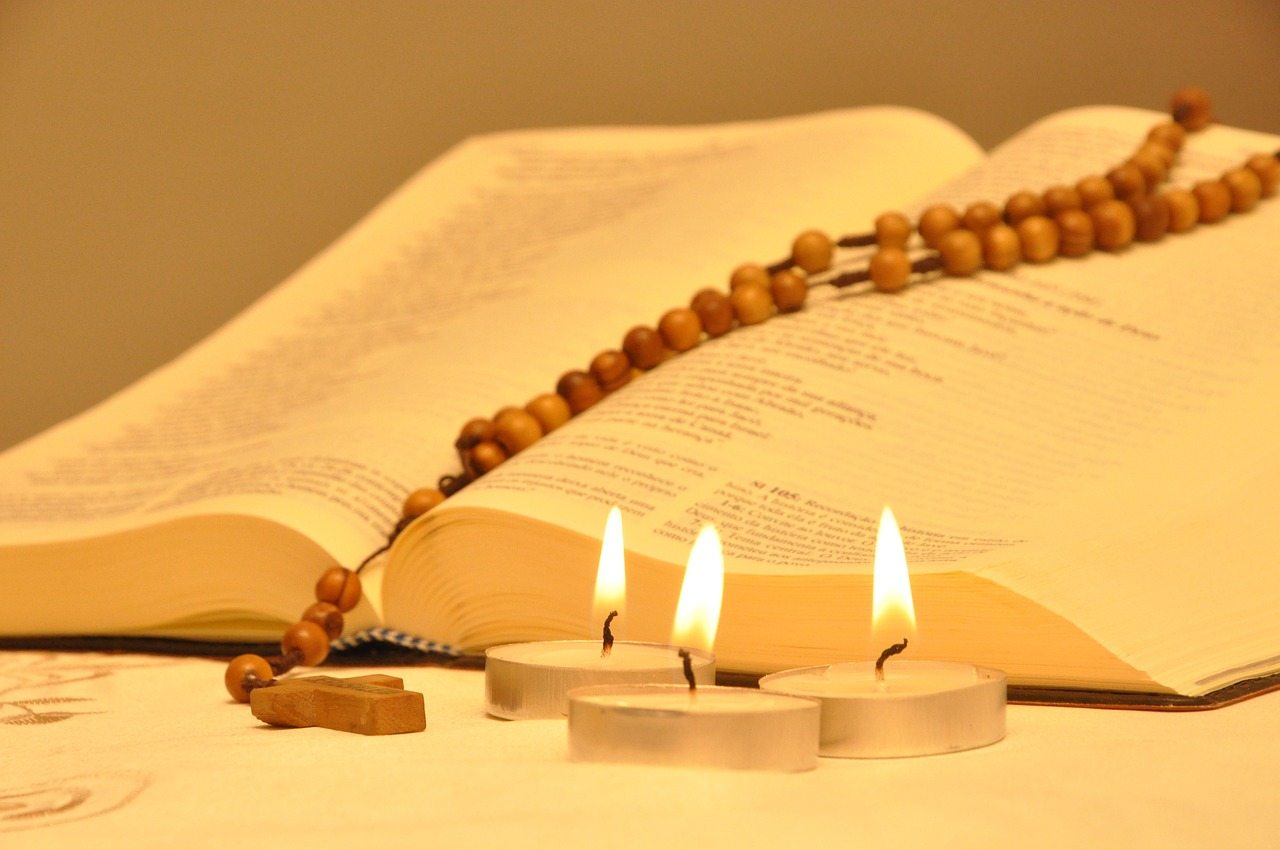 Many of you are familiar with our Deep in Scripture podcast, where Marcus Grodi interviews various converts to Catholicism about passages from the Bible that they see differently now that they’re Catholic.  This week, we decided to invite all of our readers and members to engage in that exercise on our blog, since there’s no way we could fit you all into one podcast!  Here’s what we asked you:

Is there a particular passage of Scripture that makes way more sense to you now that you’re Catholic?

Here’s what some of you had to say:

“‘Blessed are you, Simon Bar-Jona! For flesh and blood has not revealed this to you, but my Father who is in heaven. And I tell you, you are Peter, and on this rock I will build my church, and the powers of death shall not prevail against it. I will give you the keys of the kingdom of heaven, and whatever you bind on earth shall be bound in heaven, and whatever you loose on earth shall be loosed in heaven.’ Matthew 16:17-18

When I think back on some of the mental didoes I cut in order to square this passage with my Baptist presuppositions, I’m embarrassed and humbled and constantly reminded of the insidious power of denial.”

Rod Bennett, author of “The Apostasy That Wasn’t“

“The discourse in John 6, especially the way it ties in with the previous conversation where Jesus multiplies the loaves of bread, and those people are hungry for more, and now have some belief in his power. He issues an extremely challenging response to them, comparing himself as higher than Moses, and capable of multiplying more than bread. That whole series of verses really touches me as a Catholic now.”

“‘My brothers, if anyone among you should stray from the truth and someone bring him back, he should know that whoever brings back a sinner from the error of his way will save his soul from death and cover a multitude of sins.’ James 5:19-20

One of many passages I didn’t understand as a Protestant. It speaks both of the possibility of losing salvation, and merits as a result of a spiritual act of mercy.”

The whole passage in John from chapters 14-17 have always been very powerful to me because they are the last words that Jesus said to His disciples before he went to the cross, so I always knew there must be something very important to them. Even before considering becoming Catholic, I was struck by how much of that passage He talks about unity. The verses above are from His prayer to the Father. The closer I got to my confirmation, the more important that call to unity became to me. I was also struck that because of that unity, Jesus is always talking about us as a whole, not as individuals. He has given His glory to us as a group, not just as individuals. I now look back at this whole passage in John and when I read it I use it as my own prayer that we may someday all be one here on Earth as those are in Heaven.”

“Although I am a cradle Catholic, I *heard* Matthew 16:16-18 in Catholic school and in the Gospel readings at Mass so much that I knew it by heart. However, I always kind of thought: ‘Well, I guess that could be the institution of the Pope, but geez, couldn’t Jesus have been more specific? Like saying, ‘Peter, I make you the head of the Church?’ or something like that?!’

It was’t until I heard Steve Ray give a talk at the CHNetwork Deep in History Conference in which he showed from the Bible that Jesus was quoting Isaiah 22:20-22, which is the appointment of the second-in-conmand of the Kingdom of Israel. From that moment, I realized that Jesus was speaking clearly — to his Jewish disciples.”

“Jesus’ parable in Matthew 18:21-35, especially verse 34.  The parable is about a servant who is sentenced to pay back his enormous, previously-forgiven debt because he did not forgive his brother a much smaller debt. It states that he cannot be freed from jail until he has paid off the last penny. As a Catholic, I now see that the debt that the Master had forgiven really was forgiven (as God does not go back on His forgiveness), that this is a penalty for not growing in holiness (showing mercy to all), and that this jail is temporal, and represents purgatory.”

Now it’s your turn to weigh in- what verse, or verses, have come to life for you now that you read them with Catholic eyes?

And if you want to check out our archive of Deep in Scripture podcasts, where lots of converts, including a few Bible scholars, reflect on the same question, it’s all available online for free!