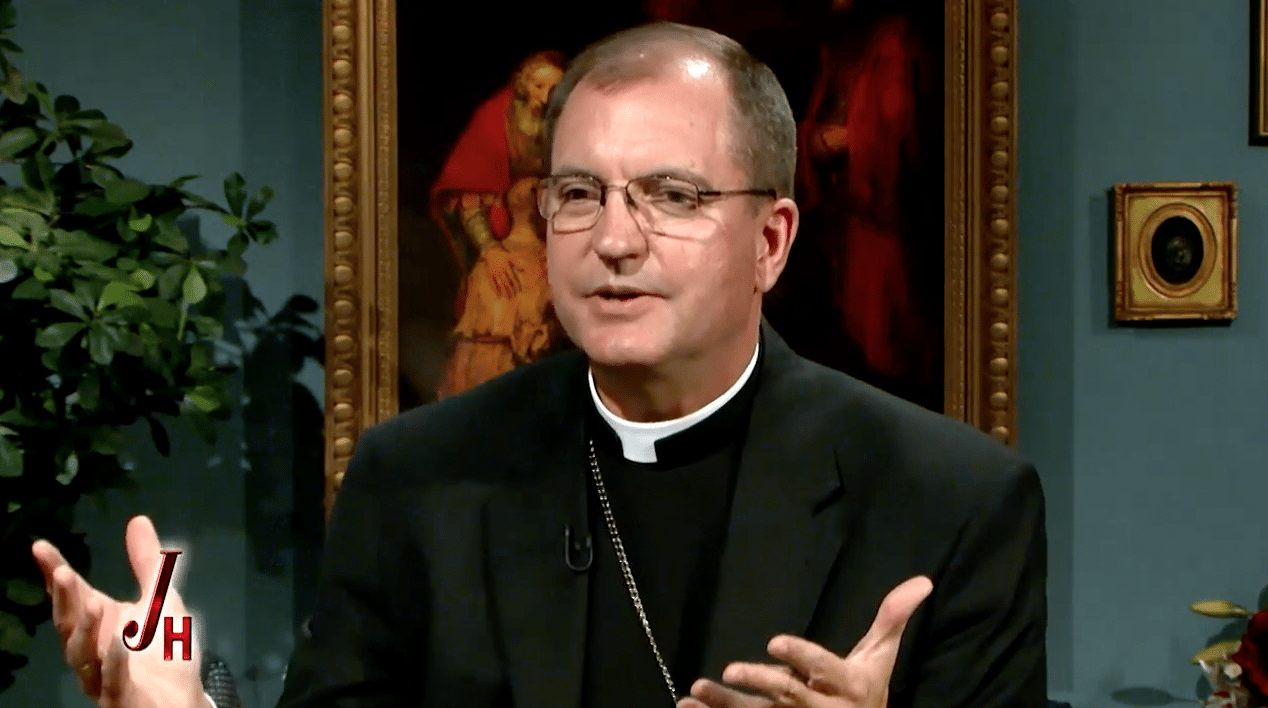 Happy Labor Day weekend!  When you’ve got some down time, here’s a digest of what the Coming Home Network was up to over the past several days, so you can get caught up on anything you may have missed!

Bishop John Barres of Allentown, PA, joined us on The Journey Home, and told us the story of his remarkable parents, who met at Yale Divinity School while studying to become protestant ministers, and eventually became Catholic.  As a result, growing up, Bishop Barres had the opportunity to interact with Frank Sheed, Fr. John Hardon, Archbishop Fulton Sheen, and many other of the great Catholic intellectual leading lights of the 20th century.  A fascinating episode!

Marcus and JonMarc Grodi did a tag-team interview on the Mike Allen Show, talking about some of the great things going on of late at CHNetwork.  The interview starts at about the 13:00 mark.

It was a busy week on the radio for us- CHNetwork longtime family member Kevin Lowry was also a guest on Kresta in the Afternoon to discuss his new book, “How God Hauled me Kicking and Screaming into the Catholic Church.”  We have plenty of copies available in our online store– pick up yours today!

Over at Catholic Answers, CHNetwork online pastoral outreach team member Ken Hensley wrote about the shaky foundation of sola scriptura, and why the Church and the Bible necessarily go together.  Pray for Ken- he’s on pilgrimage in the Holy Land for the next few days!

Our friends at EpicPew listed what they thought to be 15 of the most unforgettable episodes of The Journey Home- check out which ones they picked!

Speaking of old episodes of The Journey Home, for #ThrowbackThursday, we unearthed a 2001 interview with Sr. Constance Walton, who, before becoming a Catholic sister, was a United Methodist  Minister.  It marked the first ever time a Catholic sister was a guest on the show, and she was an absolute delight!

Fr. Robert Barron argued that the new Pew Forum study on the religiously unaffiliated is a wake-up call for apologists, catechists, and theologians.

At the National Catholic Register, John Martignoni listed some essential questions Christians should be asking to determine which Church is THE Church.

And Catholics Come Home released a new TV spot–  look for it to air soon in your area!

As always, check us out on Facebook and Twitter for lots of great original and curated content, and be sure to sign up for our monthly newsletter full of great conversion stories, articles, member prayer intentions, and much more!

“I have read in Plato and Cicero sayings that are wise and very beautiful; but I have never read in either of them, ‘Come unto me all ye that labor and are heavy laden.'”