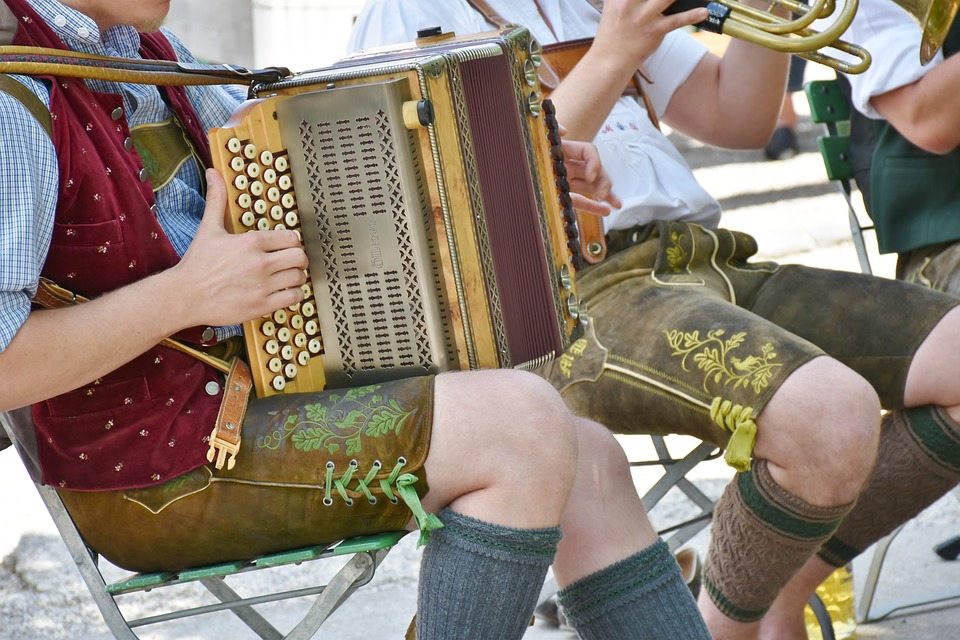 This week, we asked our members about music preferences in the Churches they attended before becoming Catholic.  Many strong opinions came out, but what was notable about the experiences you related was the idea that Catholicism was still Catholicism despite reasonable differences in liturgy, while protestant congregations had trouble maintaining unity between congregations of different musical orientations.  A sampling of the responses:

“My late husband was in Christian Radio, and he was very close to this conflict.  Really, among Protestants, it was a conflict of taste in music as well as what worship song or hymn truly “ministered” to them.  I was very flexible because we were in Protestant churches with very ‘traditional’ music as well as those who had a very different style of Contemporary Praise and Worship.

There was this notion that Praise & Worship music was ‘Spirit-filled’ vs the Traditional music that was ‘stagnant’ in many circles.  However, the notion was just the opposite if you were from the generation that loved the Traditional music. I think the bottom-line now, as a Catholic, is that the music should contribute to the theme of the liturgy, whether it has a ‘contemporary’ beat or not.  I love music, period, and music adds so much to the worship during Mass. God is present in the music.  Was it St Augustine that said, ‘He who sings prays twice’?”

“When I was discerning becoming a Catholic I made a list of questions for my pastor- just general questions regarding some of the things I noticed going on in the church- and one of them was definitely the different music I was experiencing from service to service. The church I was going to was a megachurch, and it had three different venues, maybe four, where worshipers could experience a different genre of liturgy throughout the entire service. So there was a traditional service, contemporary service, and a New Age service or whatever it was. The answer I got back from the pastoral team regarding my question about the non-unity of their services was really not an answer at all. The reply was that they simply wanted to cater to the individual tastes of each church member or attendee and they wanted the gospel to be attractive to any audience. Two months later I was in RCIA.”

“I can think of several instances, especially when I lived near a Wesleyan-tradition seminary, when difference in worship music tastes resulted in a congregation splitting into two different churches- often around strong personalities.  Upon becoming Catholic, I found that difference of musical opinion definitely drove certain parishes, and music teams were often still led by strong personalities, but the Catholic Church was broad enough to accommodate differences in musical opinion without fracture.  To think that the body of Christ could split over something as simple as taste saddens me when I reflect back on it.  The idea that Jesus is universally present in the Eucharist at every valid Catholic Mass, regardless of the worship music style, is mind-blowing to me.”

“In our former church, we were involved in music ministry, on 4 worship teams, and have had been in music ministry for 12 years. We still play music here at home but haven’t played anywhere else. We absolutely love the liturgical music in the Catholic Church. There is no comparison. But we have been asked to help out with praise and worship for prayer group, and maybe healing masses. We have been very hesitant on this because we came out of the charismatic movement and when we were in our former church, we saw how they manipulate the congregation with the music and emotion.  We have now been Catholic 2 years and are still in love with the mass, all of it. But we are willing to be used if that is the Lord’s will- we just want to be used in the Catholic Church.”

“My stance is, traditional (worship music) always has an “oomph” to it, something that definitely leads the soul to praise God… sure, it has to grow on some, but I also feel it is sort of a ‘mature audiences’ kinda thing.

I’ve heard traditional hymns played with a contemporary feel and they hit almost as hard, but the thing is, contemporary always seems to force ‘ego’ into it, with solos and instrumental breakdowns and whatnot.

Then there are also ‘traditional’ hymns (mostly 60s hippie inspired music) that do more damage than good.  This is such a good conversation over some burgers and brewskies…”

Do you have an experience of how musical differences were handled in your pre-Catholic liturgical experience?  If so, please share them in the comments below!  And be sure to check out responses to other CHNetwork Community Questions in our archives.