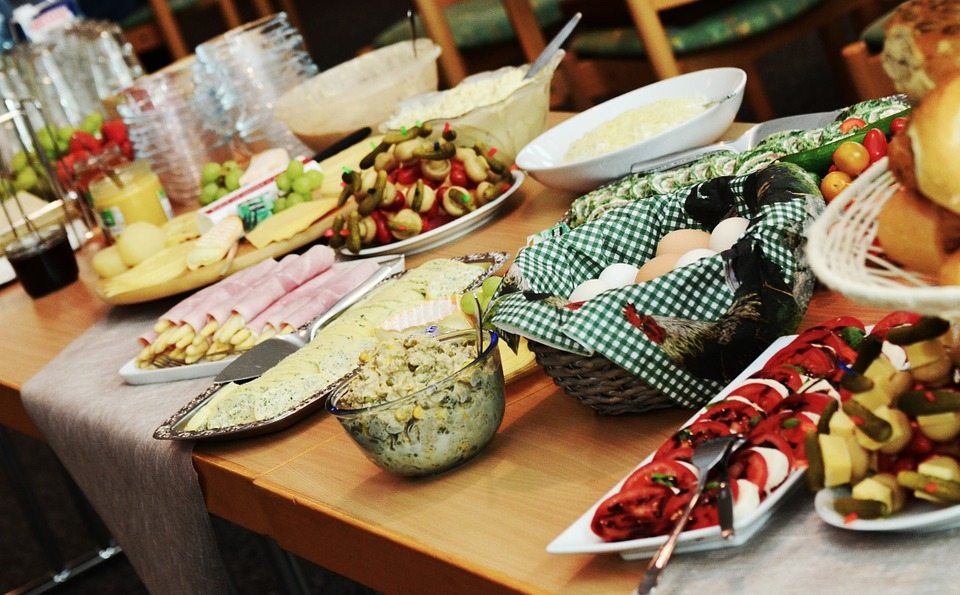 Though it’s perhaps more of a phenomenon among rural protestant congregations, the idea of bringing a covered dish to church with you and sharing it after the service has a long tradition, especially here in the United States.  Some of us remember the potluck dinners of our childhood so clearly that we could still identify which parishioner made which casserole or jell-o salad if we were quizzed today.

For some congregations, this makes attendance at church on Sundays an all day affair, or at least one that stretches into mid afternoon.  Many Catholics tend to prefer to get on with their day after going to Mass on Sundays, but we’d like to propose the following question to our members this week:

Could the tradition of potluck dinners after Sunday Church services work at Catholic Churches?

Would it be too complicated because so many Catholic Churches have large congregations?  Would it be difficult to organize because of the way word spreads about events in certain parishes?  Would concern over food poisoning torpedo the idea altogether?  If you grew up with potlucks as part of your Christian tradition, what were the pros and cons of having them?

Of course, many Catholic Churches outside of the United States have this as part of their tradition, especially those Churches in parts of the world where people have to travel long distances to get to Mass.  And there may even be Catholic Churches in the US who do potlucks regularly, even though it’s far more of a protestant phenomenon.  And many of these protestant congregations have kept up the tradition because for them, it’s a simple and effective way for members of a Church to get to know one another.

Regardless of where you stand on the question of potlucks, we’d love to hear your experience and perspective- please share in the comments below, or join the conversation in our CHN Community Forum!