CHN Community Responds: What About the Siblings of Jesus? 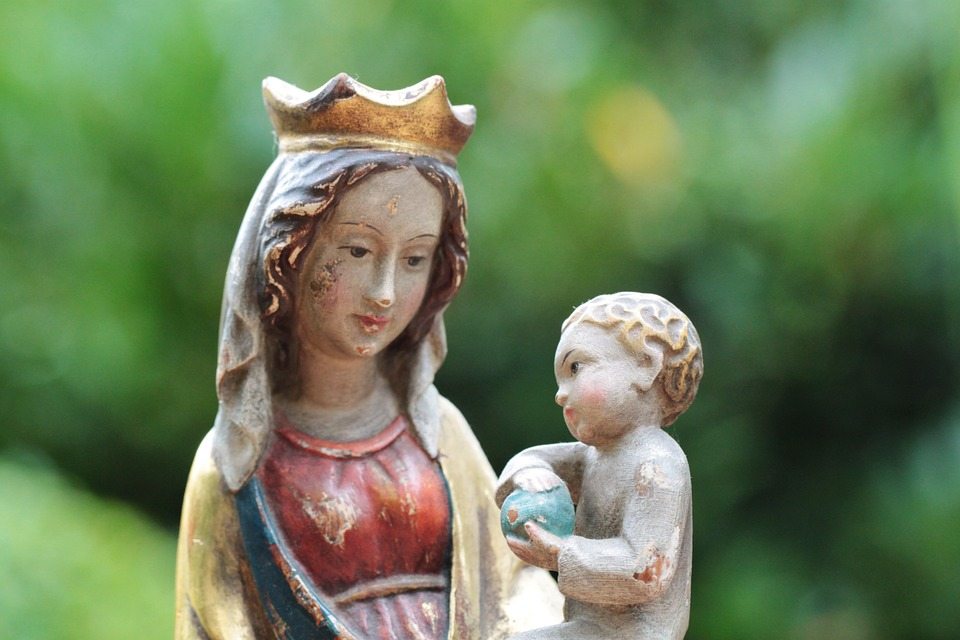 This week, we asked our CHN Community: “Did your previous denomination have any official teaching regarding the siblings of Jesus, whether the biological offspring of Mary or otherwise?”  What we heard back was an overwhelming silence on the issue.  Several of you speculated as to why; here’s a sampling of what you had to say:

“As an evangelical, we just assumed that the brothers of Jesus were sons of Mary or Joseph or both.  As a United Methodist, nothing was taught about Mary beyond her appearance in the Christmas narrative.  The idea that Mary was the human tabernacle set apart as a vessel for the Word of God and the bread from heaven – and that you don’t touch God’s stuff – never occurred to us…

… (t)he change in the Protestant view of marriage may also have contributed to difficulties in understanding why Mary’s perpetual virginity was important.  For examples:

(1) Clerical celibacy was eliminated from the beginning;

(2) Marriage was soon reduced from a sacrament to a contract;

(3) The ontological permanence of marriage was denied – except as an ideal;

(4) Protestantism changed from universal condemnation to universal endorsement of contraception; and,

(5) Today same-sex unions are being treated as marriage, and those who do not wish to support them are being branded as bigots.

If neither marriage nor virginity is holy, Mary’s virgin marriage would seem to be unconnected to her holiness and to ours.”

“I never thought seriously about whether or not Jesus had siblings or its implications until a fellow Protestant friend confessed that he understood why Catholics believed in Mary’s perpetual virginity. Bearing the Son of God was the greatest thing she could ever do, he argued, ‘and if I were St. Joseph, I wouldn’t touch her.’ This friend was versed in both Hebrew and Greek and understood that, in Semitic culture, the term ‘brother’ referred to extended family as well—that wasn’t a stumbling block for him. I find it interesting that it was a Protestant who opened the door to my being able to accept the teaching on Mary’s perpetual virginity; it was but a year later that I found myself in RCIA.”

“In my Methodist congregation, it was simply assumed that Mary had other children. After all, she was married; if she had Jesus, she could have others.

As was so often the case, my own early thoughts were otherwise. Jesus was not the son of Joseph, but of God. Mary was, as it were, espoused to the Holy Spirit. Joseph, in my opinion, was just a stand-in. As a result, it did not seem right for Mary to have other children.

By the time I moved into my teen years, I had already become aware of the Catholic position on the matter, and since it agreed with my own, it was easy to accept.”

“In my Anglican days, I don’t remember it being mentioned at all. I am not sure the group I was with actually really cared. In my evangelical days, the teaching was that of course he had siblings! It says so in the Bible, so why would you argue what the Bible says? (Mark 6:3, Matthew 13:55-56, Galatians 1:19, etc). This idea that Mary and Joseph did NOT have normal marital relations was scoffed at and denounced as ‘the teaching of men’… specifically the Catholic Church. Although the Bible said that his ‘brothers’ thought he was crazy at first, eventually they were converted, and some of them took prominent positions in the Church. They explained away the fact that Jesus gave Mary to John at the crucifixion by saying that none of his brothers had become believers at that point, and so it was necessary to put her into John’s care.”

“I have to admit that this whole subject didn’t really enter my mind all the years I was a Protestant. I assumed that Mary had been a virgin until Jesus was born and then had children after that. I never even read a theology of Mary or the virgin birth or any related subject. It wasn’t something Protestants — at least the ones I knew — even thought about. As I began to read Catholic theology and to learn about the Mary as the fulfillment of OT types of the Ark of the Covenant and the Queen Mother and all… Well, this is an area where I was struck by how rich Catholic theology was. At least on this subject, modern Evangelicals hadn’t even given it a thought. It’s not like they refuted Catholic teaching. More often it was that they weren’t even aware of it.”

Please share in the comments what teaching- or lack thereof- you’ve heard in non-Catholic Christian settings regarding the siblings of Jesus- and check out other CHN Community questions and responses in our archives!