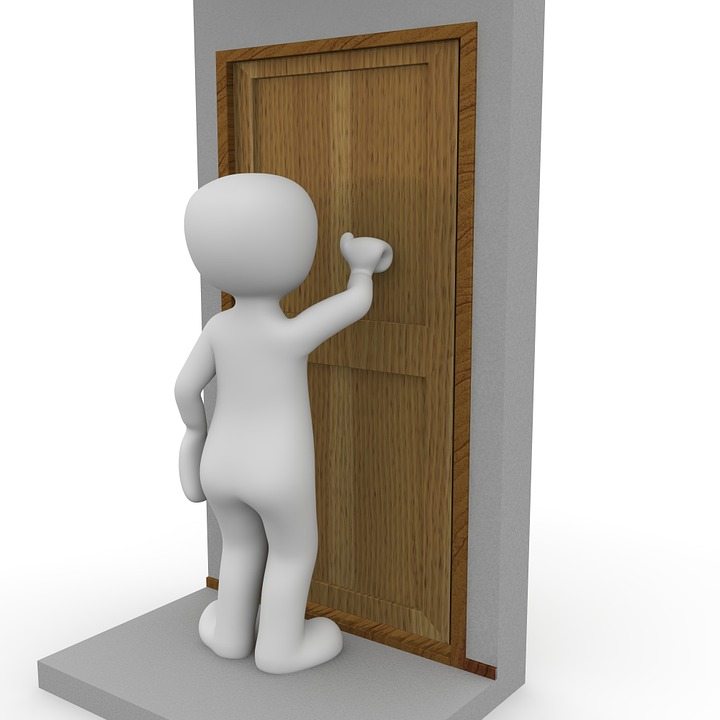 Whether you’ve been the one going door-to-door or the one whose doorbell has rung, many of us have at least some experience of this highly polarizing form of faith sharing that Mormons and Jehovah’s Witnesses have become famous for.  We got a range of responses from our readers on the question of neighborhood canvassing; here’s a small sampling of what our community members had to say:

“I had the privilege of doing door to door evangelization for one week, and I LOVED it. There was such a passion and a fire in me to bring the faith to others, and everything about it was positive. I believe this along with one other experience helped me down my current road of doing apologetics and evangelization… which I still love to this day.”

“I remember Baptists coming to my door as a kid, and of course JW’s seem to be just about everywhere. We really did not have any Mormons in our area. I found their insistence that I talk about what I believed in with complete strangers very distasteful, and so when I did become more active in my faith, I avoided the door-to-door scene as much as possible. There was only one time I did door-to-door evangelism, and I was in college at the time. All I could think of was that I was being as annoying as the JW’s who used to come to my door, and I felt guilty and apologetic the entire time I was doing it. LOL”

“In my own case, I recall a Nazarene Church I went to in my middle school years passing out light bulbs to people in the neighborhood, as well as our Sunday service schedule. On very rare occasions, teams were invited into homes. It was a very low-pressure approach. Of course, this was also during a day and age when light bulbs were a lot cheaper…

I have a friend who, rather than chase D2D missionaries off, invites them back for coffee and dessert, or pizza, or something of the sort. He’s kept up a relationship with a couple of members of the Church of Christ (nonmusical), in particular, for several years.”

“Yes, LDS and JW have visited my home fairly regularly over the years, and several times Baptist groups did the same. Personally, I never engaged in door-to-door evangelization as a Protestant (Methodist).

However, a couple of months after I became Catholic, my parish had a campaign to visit lapsed Catholics in the area, and I went along. The one thing I learned from the experience was that rejection, often with an annoyed or angry response, comes at every turn when one approaches people in this way.

I believe it’s the nature of the approach more than the message being brought. Also, having worked in the print advertising field for 30 years, it was apparent to me that, so long as the person’s privacy is not being invaded, advertising will be mostly tolerated. Our product was, in fact, well received because people looked on it as a shopping resource, kind of like the Yellow Pages, rather than as a campaign to influence buying habits.”

What about you?  Have you ever gone door-to-door sharing your faith, either before becoming Catholic or after?  Share your thoughts in the comments below!