Eight Things To Love About the Catholic Church Part 4: Why We Love the Saints 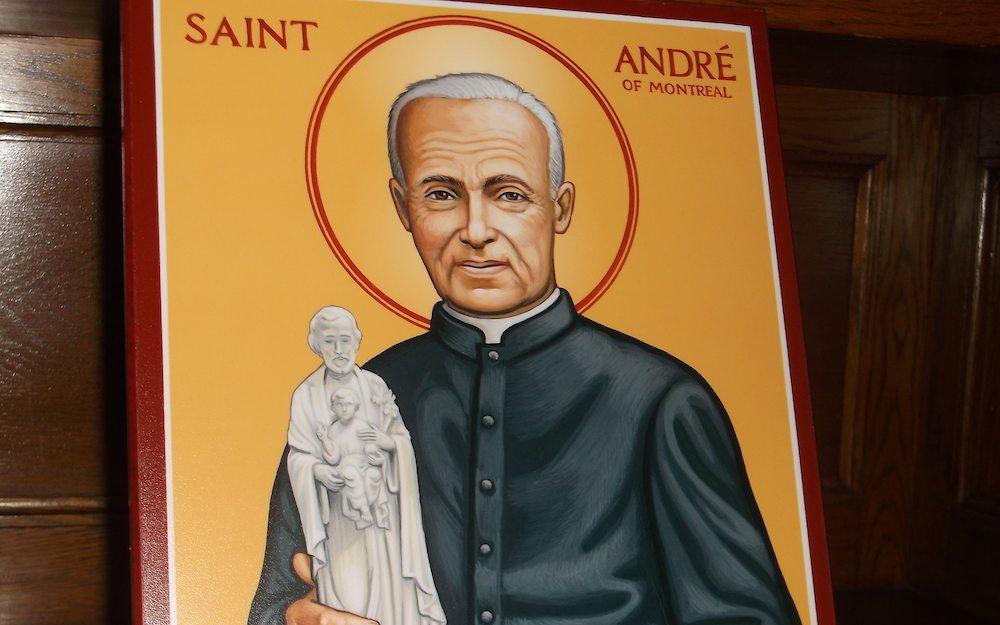 Having the family background that I do (I am the only one in my family of origin that is still Catholic—everyone else now worships at the local Assembly of God). I have been asked, “Why do Catholics pray to and worship saints?” I have been told that it is idolatry, and it takes away from Jesus’ role as the “one mediator between God and mankind” (1 Tim. 2:15).  So, this let us look at saints and their powerful witness and intercession. I have also been asked, “Why don’t you just pray directly to God?”

Let’s look at the term “saints” in general.  There are actually a few categories of them.  In Scripture, St. Paul seems to apply the terms “holy ones” and “saints” inter-changeably….but restricted to those who were baptized into the Faith.  Today we could also add the term “the faithful” to describe the baptized. It is also used to describe all those saints who have died but who have not been canonized—and those whose quiet holiness is known only to God. It is for this reason the Church celebrates them collectively on November 1st—All Saints’ Day.  At first it was celebrated for those who were martyred for the faith; there were so many in the early centuries of the Church that separate feast days could not be held — especially when large groups were persecuted and martyred at the same time. The third “level” of saints in the Church is of those who have been canonized.

But why does the Church make saints to begin with? Actually, it doesn’t.  It is God himself who—from age to age—has raised up certain people unto himself…people to show us the way to the “fullness of charity” (Eucharistic Prayer II) even while here on earth.  They were (and are) all powerful instruments used by God for his purpose.

In the Old Testament God raised up Noah, Abraham, Isaac, David, Solomon, Judith, Deborah, Esther and many others.  All canonizations are within the context of the Sacred Liturgy which is the highest form of praise one can give to God.  Eucharist means Thanksgiving and we give thanks for the great mercy and example he gives us through these powerful saints to inspire us and give us hope. The process of canonization is lengthy and nothing is done lightly or arbitrarily. Prudence and the test of time are necessary in order to avoid a rush to judgment about the saint’s entry into heaven.  Not only bishops and medical doctors have a part in the determination process but psychotherapists who are well versed in the Catholic Faith as well.

What are the criteria of a person’s life to make them worthy of sainthood? While one might first tend to think about their holiness of life, prayer life, good deeds to others, writings and all the usual matters  or perhaps think of their abilities to work miracles (St. Padre Pio), to levitate (St. Teresa of Avila), to have infused knowledge (St. Joseph of Cupertino), visions (St. Margaret Mary Alacoque), apparitions (Lourdes), bi-location (St. Anthony of Padua) or have survived for several years by consuming nothing but the Holy Eucharist (St. Catherine of Siena) or such other “mystical phenomena”,  the absolute first and highest among all others are obedience to the Church and heroic virtue.

St. Ignatius of Antioch tells us in his letter to the Ephesians that it is not enough to simply honor the bishop — as important as that is.  Rather, “we ought to regard the bishop as the Lord himself”.  One of the great documents that came out of Vatican II, Lumen Gentium, calls the bishop the “Vicar of Christ” (¶27).  Why obedience? It was—as Jesus himself said—his “food”; that is, to do the Father’s will (Jn 4:34). When we live our lives in obedience to our holy bishops and/or religious superiors it is then that we resemble Jesus most perfectly. Heroic virtue often goes hand in hand with obedience to the Church for quite often the saints were greatly tested by Church leadership and other religious authority.

Consider St. John of the Cross, the Carmelite monk who was the reformer of the Discalced Carmelite order of men. Although lead by God (and invited/urged by Teresa of Avila) to undertake this great reform, he was thrown into the monastery prison for some nine months, allowed a change of clothes after three months and received little food.  Rather than rebel, it was during this time in the dark, damp, rat-infested prison that John wrote one of his greatest poems—A Spiritual Canticle of the Soul and the Bridegroom Christ; it is still considered even today as a spiritual masterpiece and one of the greatest works ever in Spanish literature. That’s heroic virtue.

Heroic virtue is refusing to defend oneself in the face of false accusations by religious superiors and being expelled from one’s  community (as in the case of St. Gerard Majella) and relying on God to eventually give defense and bring forth the truth. Gerard was ultimately exonerated and allowed to return to his community. The parents of Thérèse Martin (St. Thérèse of Lisieux) are candidates for sainthood for their heroic virtue of giving all five of their daughters to religious monastic life—four to Carmel with Leonie the middle child going to the Visitation Nuns in Paray-le-Monial. Back then when a woman entered into a monastery, the parents were no longer allowed to see their daughters or, at best, only once or twice a year and only through a grille. Often the parents would suffer hardship in not having anyone to tend to them in their old age. Why suffer all of this? Love of their Beloved Jesus and love of his holy and glorious Church and a strong, passionate desire to imitate him unto death.

“Chastised a little, they shall be greatly blessed,
because God tried them
and found them worthy of himself.
As gold in the furnace, he proved them,
and as sacrificial offerings he took them to himself.
In the time of their judgment they shall shine
and dart about as sparks through stubble” (Wis. 3:5-7).

Let us now return to our question at hand—about praying to saints. Every Protestant who may read this will admit that they have been asked at one time or other to intercede for someone in prayer.  Yet no Protestant would ever reply, “Don’t ask me…go directly to God with your request.”  If you and I could ask another human (even in our sinfulness) to make intercession for us or the needs of someone else, we can certainly ask the saints who are surely alive in Christ.  Part of the process of canonization is that once a candidate has been declared “Venerable” a miracle must be attributed to his/her intercession before he/she can be beatified.  From there another miracle must occur prior to the canonization.  Miracles that occur through the intercession of the saints and “hold” (a person must be cured for five years before it is accepted…it must also be instantaneous, complete, inexplicable) is the acceptable proof that they are indeed in Heaven.

But—”Jesus is the sole mediator”.  According to Merriam-Webster, a mediator is a legal term—one who “mediates between parties who are at variance”—such as we were before the great Atonement of Jesus on the Cross—we who had gone “astray like sheep” (1 Pet. 2:25).  Jesus then is the sole mediator of our salvation.  The term “mediator” is not the same as “intercessor”. The Greek for “mediator” in this passage is “mesites” (μεσίτης) while the Greek for “intercession” is “enteuxis” (ἔντευξις).  In the same part of Paul’s First Letter to Timothy quoted above he “urges…first of all that prayers, petitions, intercessions “enteuxis” (ἔντευξις) and thanksgivings be made for all people” (2:1) …nothing here about going to God direct. If Jesus is truly the sole mediator of our prayers it is because of both his mercy and generosity that allows us to pray in Christ throughthe Holy Spirit—our prayer is not outside of that of Jesus.

Even in the Book of Revelation the “prayers of God’s people went up before God from the angel’s hand,” (8:4)…not the hand of Jesus.  If this is in a vision to John from Jesus himself, it must be God’s design that it happen this way.  Rev. 5:8 calls the incense itself the “prayers of God’s people”. Therefore when a priest and especially a bishop (because within him lies the fullness of the priesthood and he is Vicar of Christ) uses incense at Mass it is richly symbolic of him sending our prayers and the Eucharistic Sacrifice to God in Heaven—a breath-taking thought! The same thing is said about praying to the Virgin Mary…she keeps nothing for herself and simply directs us, “Do whatever he tells you” (Jn 2:5).  John does not tell us that the embarrassed couple even approached Mary about their dilemma. Ever-watchful mother that she is, she saw a need and acted on it. Her faith in Jesus’ ability brought about his first of many miracles.

Let us never shy away from asking Mary and the holy saints of God in Heaven to pray for and to intercede for us.

This article is part of a series. Check back for new articles every Tuesday.

Cynthia Trainque is an author who is enrolled in the Master of Arts in Ministry (MAM) for the Laity at St. John’s Seminary, Brighton, MA. She has served the church for several years as a worker, writer, and volunteer and is presently an active member of St. Mary’s Parish in Ayer, MA. She has a great love of sacred art and objects and enjoys  photographing them. Cynthia is available to come to speak as a guest speaker/teacher on the beauty of the Catholic Faith.  She gives talks and also creates/uses PowerPoint presentations. She is copyeditor for Shine Catholic (ShineCatholic.com).  She has previously been published by www.catholiclane.com and www.catholicexchange.com. She may be contacted at [email protected]. This article was originally published at Catholic Exchange.