By Grace We Have Been Saved 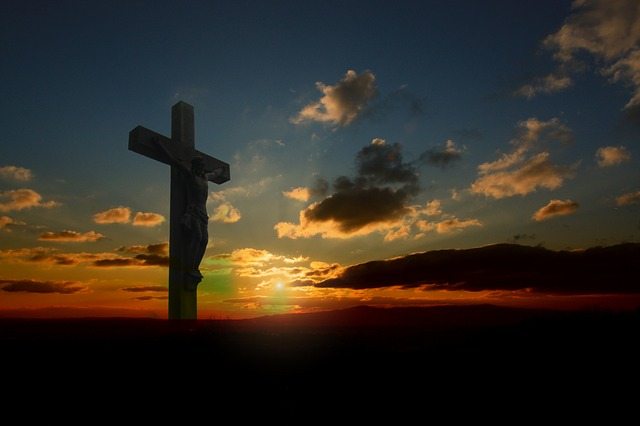 It’s truly amazing, and disconcerting, how sincere brothers and sisters in Christ, who take the inspiration of Scripture so seriously, can yet so drastically disagree over even the most basic of Scripture texts. We certainly want to be faithful to Christ; to honor the mercy He has shown us through His undeserved grace; simply to do nothing more than share what we have received, so that others, too, might share in His salvific love. Yet, too often, we Christians have allowed our love and devotion for Christ to devolve into anger, ridicule, and rejection — all in the defense of a “God who so loved the world that He gave…”

Throughout the centuries, many Christians have been willing to fight, even die, in defense of the Truth (as they perceived it), while at the same time sometimes forgetting how Saint Paul warned against the danger of anger, of each person’s need to “speak the truth with his neighbor,” to not be “tossed to and fro and carried about with every wind of doctrine,” and to do this all in love. Sadly, Christians have too often forgotten his words, and opened the doors for the divisive work of the devil (cf. Eph 4:11-32).

Often these drastic differences, based upon disagreements over Scripture, come from taking important Scripture passages out of context. One significant example of this is the well-known text from Ephesians: “For by grace you have been saved through faith; and this is not your own doing, it is the gift of God — not because of works, lest any man should boast” (2:8-9). Regularly this verse is interpreted as referring to the assurance of eternal salvation after death, which true believers (or the elect) now have received freely “by grace…through faith,” and not as a reward “because of works” — which these interpreters generally presume Catholics believe. The truth is that the Catholic Church has never taught “salvation by works,” but has always warned against this — and has always warned poorly catechized Catholics not to misinterpret and misrepresent the meaning and praxis of Catholic teaching and devotions.

Certainly this text, from the midst of Saint Paul’s theology, can be extrapolated to refer to the gift of salvation for those who eventually “die in God’s grace and friendship and are perfectly purified” (Catechism of the Catholic Church, 1023). However, this was not the point of the text as Saint Paul originally penned it.

The overall context of the book of Ephesians was how being brought into the Church through the anointing of Baptism changes us, unites us as brothers and sisters (Eph 1-3), and then calls us to live this new life out in grace and love (Eph 4-6). As Saint Paul wrote to those newly baptized pagan Gentile converts, whom he had only heard about through the witness of the leaders he had previously installed (cf. Acts 20:17-37): “In him you also, who have heard the word of truth, the gospel of your salvation, and have believed in him, were sealed with the promised Holy Spirit, which is the guarantee of our inheritance until we acquire possession of it, to the praise of his glory” (1:13-14). There are more than enough places in the New Testament to affirm that this “guarantee” we receive through being “sealed with the promised Holy Spirit” is not a “once saved — always saved” presumption of salvation, but an assurance that through Baptism we have indeed been changed, recreated (cf. 2 Cor 5:17) — but now we must live this out in humility, holiness, and love.

To understand the intention of Saint Paul when he said that these newly baptized believers had been “saved by grace through faith,” we must read this text within the entire context of Ephesians chapter two.

The following verses show that verses 8-9 are but a parallel retelling of what he says four other times in this chapter:

“But God … even when we were dead through our trespasses, made us alive together with Christ (by grace you have been saved), and raised us up with him, and made us sit with him in the heavenly places in Christ Jesus …” (2:4-6).

“For by grace you have been saved through faith; and this is not your own doing, it is the gift of God — not because of works, lest any man should boast” (2:8-9).

“But now in Christ Jesus you who once were far off have been brought near in the blood of Christ” (2:13).

“So then you are no longer strangers and sojourners, but you are fellow citizens with the saints and members of the household of God…” (2:19).

Saint Paul was not talking about what might happen someday in the future, but how God, in His mercy, had already rescued these former pagans out of their sinful lifestyles and culture and into the Church, “the household of God.” He did this not as a reward for their having changed their lifestyles on their own while they were still lost, but before they even thought of changing, while they were still “dead through [their] trespasses.”

The danger of misinterpreting and misapplying this passage to mean a “once saved — always saved” assurance of salvation is that it can lead to a presumptuous laxity; it can essentially lead otherwise sincere believers to stop reading Ephesians here, and ignore the rest of Saint Paul’s teachings, where he begs baptized Christians — who have received this “guarantee” of the Holy Spirit — “to lead a life worthy of the calling to which you have been called, with all lowliness and meekness, with patience, forbearing one another in love, eager to maintain the unity of the Spirit in the bond of peace” (4:1-3). He said that we “must no longer live” as we did before we surrendered to Christ (4:17), but to, “[p]ut off your old nature which belongs to your former manner of life and is corrupt through deceitful lusts, and be renewed in the spirit of your minds, and put on the new nature, created after the likeness of God in true righteousness and holiness” (4:22-24).

May we, in love, be inspired by these recent words of Pope Francis to live in obedient unity:

It would do us good today to think about our Christian identity. Our Christian identity is belonging to a people: the Church. Without this, we are not Christians. We entered the Church through baptism: there we are Christians. And for this reason, we should be in the habit of asking for the grace of memory, the memory of the journey that the people of God has made; also of personal memory: What God did for me, in my life, how has he made me walk … Ask for the grace of hope, which is not optimism: no, no! It’s something else. And ask for the grace to renew the covenant with the Lord who has called us every day. May the Lord give us these three graces, which are necessary for the Christian identity.

Marcus Grodi is founder and president of The Coming Home Network International.