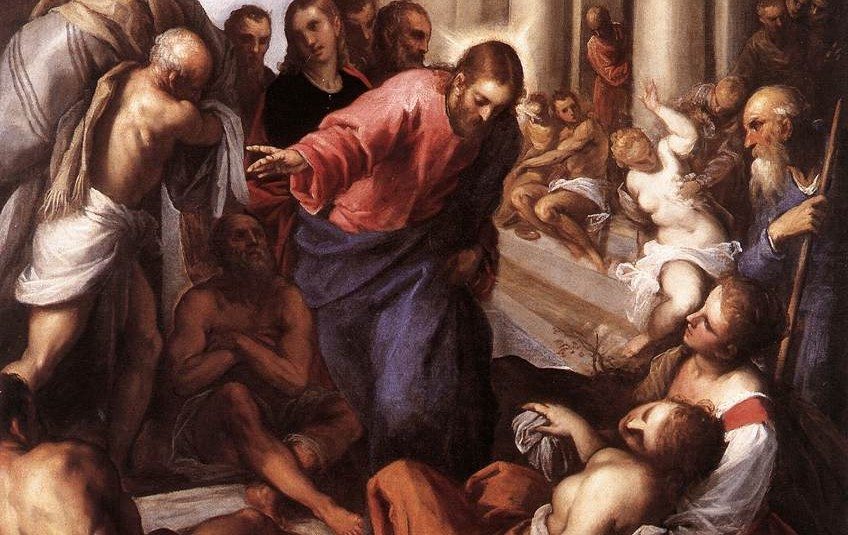 I recently received an e-mail in which the author spoke about the issue of justification and salvation. He said he understands Catholic doctrine, but has some difficulty in accepting it on an emotional level.

“In Protestant theology,” he wrote, “or at least that of evangelical Protestants, the conversion experience of accepting Jesus as Lord and Savior suffices for salvation. As you know, this is sometimes expressed as ‘eternal security,’ and indeed it does provide lasting comfort to believers to be assured of their salvation.”

Limitations of space, of course, preclude discussing a vital issue raised by relying on one’s conversion experience for assurance of salvation, but the issue is this: How can I know whether I have given my life to Jesus Christ on His terms or on my terms? How do I determine the truth in this all-important matter?

The belief that one has assurance of salvation — absolute assurance — mistakenly identifies what we may call “objective redemption” and “subjective salvation.” “Objective redemption” denotes the fact that in His life, death, Resurrection, Ascension, and sending of the Holy Spirit, Jesus Christ has redeemed the whole universe. Period. Our Christian Faith demands that we be absolutely assured of this fact.

Whether I personally benefit from this objective redemption, however, depends on my response. The merits of Christ have to be received and acted on in my life. That is the process of “subjective salvation.” Unless by God’s grace I appropriate the objective redemption wrought by Jesus Christ, it can have no effect on my life. If I simply take comfort in the fact that Christ has redeemed the world, and do not work continually at receiving that redemption more and more fully into my life, I am living in a serious delusion.

A number of years ago a book was written about an incident in New York City involving two elderly men, the Collier brothers. Neither had married, and they had always lived on upper Park Avenue in the large home where they were born. One day neighbors realized they had not seen the old men for quite a long time. The called the police, who broke into the house and found the old men dead. The coroner determined they starved to death. Neither has been disabled. They simply sat in their home and starved.

The police also found a fortune in cash and negotiable securities, all of it in plain sight. Those old men had starved with a fortune at their fingertips, simply because for some strange reason they refused to buy food.

In the tragedy of the Collier brothers we can see a parable of the Christian life. Because we belong to Jesus Christ through Baptism, we are surrounded by all the riches of heaven. They belong to us. But unless we use them, apply them to our lives, we too will starve spiritually, and forever!

Each of us Christians has the comfort of assurance that Jesus Christ has redeemed us and destined us for everlasting union with Him in glory. But none of us can see the whole future course of his life on earth. Only God can see there. Not one of us, therefore, can have absolute assurance that till his dying day he will always persevere in appropriating Christ’s redemption in his life.

My correspondent further expressed his misgivings this way. He said that according to Catholic doctrine, “notwithstanding a lifetime of generally successful and sincere attempts to walk the straight and narrow, if I were to stumble and fall into mortal sin and then suddenly and unexpectedly die, I would lose everything and be cast into darkness.” He asked, how does one “live in confidence and faith, rather than in fear of stumbling?”

The fact is, no one ever “stumbled” into mortal sin. By definition, mortal sin involves serious matter which is freely chosen and to which full consent is given. One has to choose to commit mortal sin; one cannot simply “stumble” into it. Moreover, while we can and must judge that certain actions constitute mortal sin, objectively speaking, only God knows whether in a given instance all the conditions for mortal sin were met.

The whole point in living the Christian life is to keep one’s eyes on Jesus, not on fear of falling into sin. Remember what happened to Peter when he asked to be allowed to walk to Jesus on the water. At Jesus’ invitation he was actually miraculously walking on water, until he took his eyes off Jesus and began looking fearfully at the waves. Then he began to sink. And so do we all when we take our eyes off Jesus.

The scriptural command to “work out your own salvation with fear and trembling” means striving to let the objective redemption of Jesus Christ unfold in our lives, by His grace. It means to let that objective redemption become more and more fully our subjective salvation. Our confidence, our serenity, and our joy come from knowing that “God is at work in you, both to will and to work for his good pleasure” (Phil. 2:12f.).

God’s “good pleasure” is to bring us home to Him. We have the ticket. Jesus Christ paid for it. God forbid that we should ever throw that ticket away.