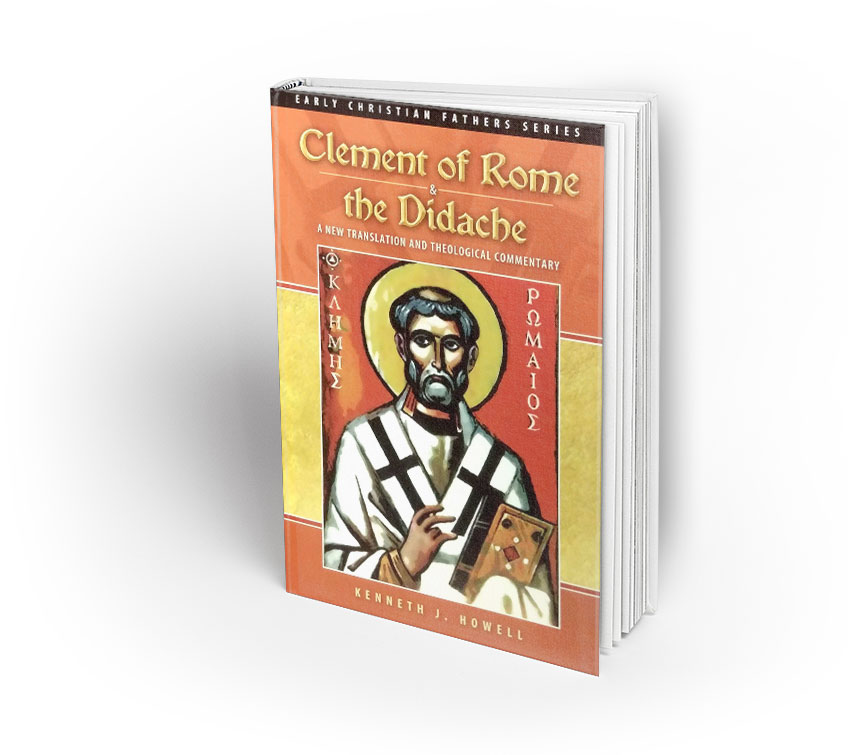 Clement of Rome & the Didache: A New Translation and Theological Commentary by Kenneth J. Howell Ph.D.

The Letter to the Corinthians by Clement of Rome and the Didache are two of the most important documents from the earliest days of Christianity. Here we stand at the very fount of Christian teaching outside the New Testament. Clement’s letter and the Didache reveal how Christians were implementing and living out the Faith taught by Jesus and passed on by the Twelve Apostles. The constant threat of schism and doctrinal deviation prompted these earliest writers to pen some of the most enduring wisdom known to the church.

When read in conjunction with Ignatius of Antioch’s seven letters, these works display a remarkable unity of faith and morality in the late first century, even before the death of the last apostle, John. These writings show that Rome in the West, Corinth in Greece, and Antioch of Syria in the East held a common faith, taught a common morality, and worshiped in a structured liturgy. The faith delivered to the church was increasingly universal and yet unified.

“An eminent scholar now give us a fresh and lively translation of two of the Church’s basic documents. In Dr. Howell’s translation of St. Clement’s letter we read a about vigorous exercise of papal magisterium in the first century to end schism in the church of Corinth. His translation of theDidache makes it read like a modern church bulletin, of which it is the very first.”

“It’s hard to exaggerate the importance of these documents. They show us the Church as it was while the Apostles were still at work in the world. It’s a eucharistic Church, hierarchical, priestly, sacrificial, liturgical, Catholic. It’s a Church where Catholics today should feel at home. Kenneth Howell brings it to us in living color.”

Mike Aquilina, Author or editor of more than thirty books, including The Fathers of the Church, The Mass of the Early Christians, and A Year with the Church Fathers.

Dr. Howell’s first book of the “Early Christian Fathers Series” is available as well: Ignatius of Antioch & Polycarp of Smyrna.