The Catholic Church: Reality and Ideal 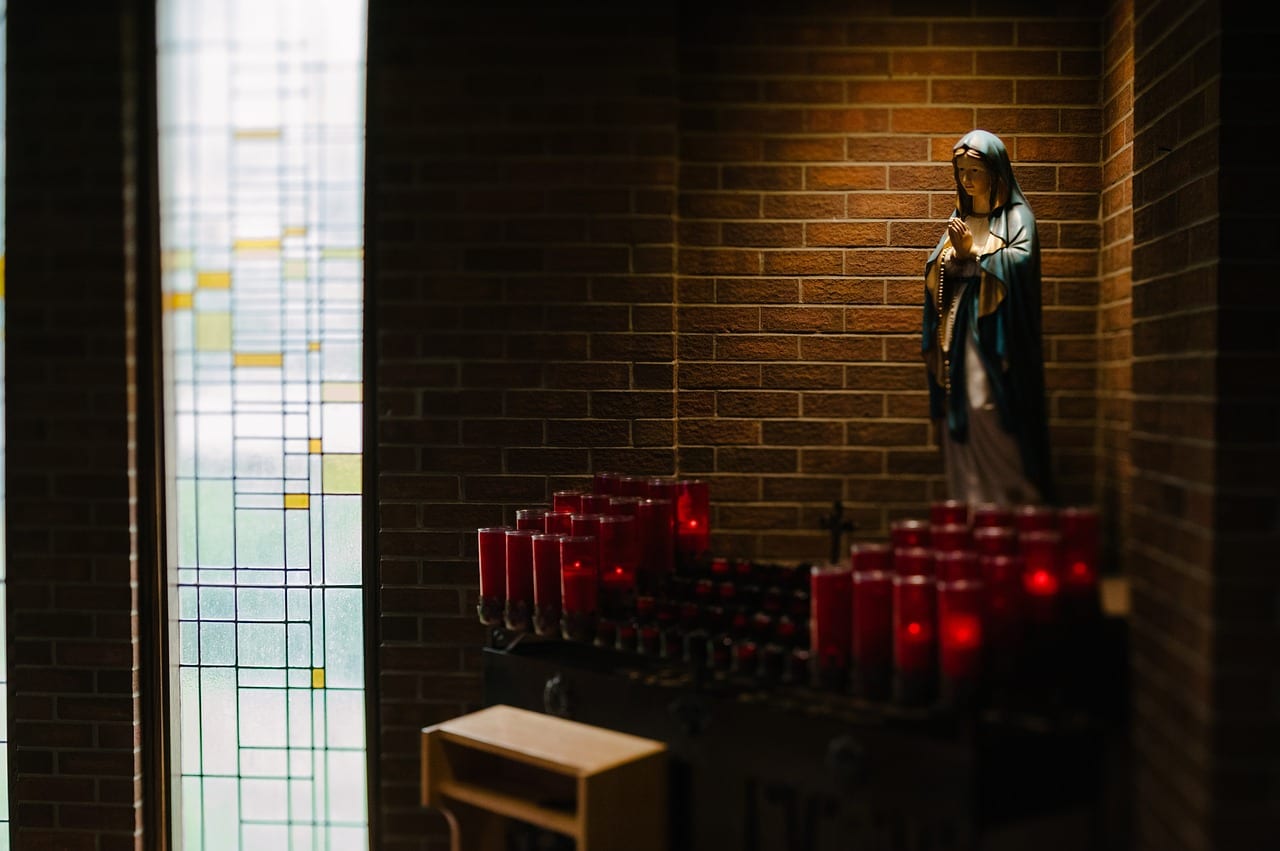 Mr. Storck is a convert from Anglicanism and his conversion story was previously featured in our September 2011 newsletter.

More than once lately I have noticed in the Prayer List column of the Coming Home Network newsletter prayers for difficulties that individuals, new converts to the Catholic faith, are having in their adjustment to Catholic life. Frequently, it seems, these involve parishes whose Catholic life is poor, or problems converts have in establishing friendships in their new communion, or even in finding fellow Catholics who take their religion seriously. In many respects these difficulties can be boiled down to the difference between the Catholic Church as an ideal and the real Catholic Church, in particular the sometimes all too real parish and diocese that we are now part of. As a convert I think I understand many of these problems since, even after almost 35 years as a Catholic, I still experience some of them. I want to offer some reflections here that may be useful to other converts and help them not to become too discouraged or embittered at the failings, both real and supposed, of their co-religionists.

First let me develop this contrast between the Church as an ideal and the real existing Church on earth. Converts who originally became attracted to the Church through reading of Catholic authors or Church history are especially apt to difficulties here. It is easy to see some period or periods in Catholic history as more or less of an ideal and contrast that period or periods with our own sad experiences in the present. Whether we are attracted to the patristic age, to the High Middle Ages, or to the Catholic revival of the 19th and early 20th centuries, it is easy to discover aspects of Catholic thought and life today which suffer in comparison with those of the past. And in many respects this is the case. The Church does go through better and worse times; some aspects of her life improve while others get worse, and so on, with many variations and changes. I admit to a tendency to discouragement when I read and reread the writers of the early 20th century, Dawson, Belloc, Chesterton, Ronald Knox, and many others. They helped bring me into the Church and they wrote with a clarity and assurance that frequently seem lacking in either the frenzied or the fuzzy writers of our own day.

But while I sometimes remind myself that it is the real Church I have become part of, not some theoretical construct in my mind, nevertheless this contrast between the ideal and the real Church can be overdrawn. For these writers of the past, and of the even more distant past such as St. Thomas or the early Church Fathers, are as much a part of the reality of the Church as anyone living today. For a large part of the Body of Christ is beyond the grave, either in heaven or in purgatory, and these souls are likewise members of the Church. I need not choose between them and my contemporaries as if between an unreal ideal and a reality, for both are very much part of a reality, the Catholic reality of the Body of Christ on earth, in purgatory and in heaven. We readily recognize the role of those in the next life as intercessors for us on earth, but they can aid us in other ways too. If I console myself, as it were, with a book from the past, I am not taking refuge in some historical utopia, but simply allowing one of our brethren to help bear my burden from beyond this life. He left his writings — or his art or his music — for the edification of the Church in all subsequent ages, and in making use of them I am not fleeing the reality of the Church but standing in the very center of it. Of course I cannot ignore my contemporary fellow Catholics, but it can be helpful if I see them also as part of a much larger historical reality than simply my own present-day parish or diocese.

Let me say a bit more on this theme of the real and the ideal. St. Paul addressed his first epistle to the Corinthians to “the church of God which is at Corinth, to those sanctified in Christ Jesus, called to be saints”! Yet what is his letter in great part concerned with? With rebuking the Corinthian Catholics for their strife and jealously, for allowing a man in the church to live openly with his stepmother, for taking their grievances against each other to secular courts, for disorders during the divine liturgy, in particular for drunkenness during the agape meal, not to mention for many fundamental confusions about basic doctrine. Here we have another contrast of the type of the ideal and the real — “those sanctified in Christ Jesus” versus the many abuses St. Paul catalogs. Even earlier, possibly just a few weeks after the day of Pentecost, when Peter and the Apostles governed the Jerusalem church in person, “the Hellenists murmured against the Hebrews because their widows were neglected in the daily distribution” (Acts 6:1). The Church of Christ has ever been such, made up of “those sanctified in Christ Jesus” by their Baptism, yet full of grumblers, fornicators, drunkards, the ignorant, those who have little or no realization that being a Catholic is the greatest privilege and blessing possible on this earth. Of course, whatever steps the Church can take to convert and correct such wayward Catholics are all for the good, but we must remember at the same time that they are real but weak members of the Body of Christ, “called to be saints.” This call to holiness based on our Baptism is as real as are the sins of the Church’s members. 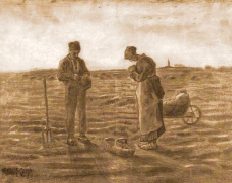 The Angelus by Vincent van Gogh

But I am afraid that these reflections, however true, might not seem specific enough for the very real difficulties many converts have to struggle with. What can I say of a more immediately practical sort? In the first place, of course, there is the obvious recourse, that if our parish is seriously lacking, we can seek out another one. In general one can hardly rejoice in the tendency for Catholics nowadays to engage in “church shopping.” I admire those Catholics I know who have resolved to stick with their territorial parishes no matter what. But in the state of today’s Church I can hardly censure Catholics who seek out a better liturgy or more orthodox preaching or a better school or CCD program for their children. Indeed, I confess to doing so myself. But unfortunately in some cases this is not possible. Either only one parish is within a reasonable travel distance or there simply seem to be no better parishes anywhere in the area. In many cases there is no easy answer. Here we can be helped to some extent by drawing upon the resources of the Church in other ages — via books — or in other places — via the electronic media. Of course this is no substitute for flesh and blood Catholic brethren. So in such circumstances we must have recourse above all to prayer, perhaps asking especially for the intercession of those missionaries and other saints who were condemned to a lonely existence as Catholics.

And I know that even in a parish where the liturgy is celebrated according to the rubrics and the preaching faithful to the magisterium, Catholic fellowship can be hard to find or appear altogether lacking. Again, prayer is the only sure remedy, sure not because God will necessarily grant our requests the way we desire, but because we can be sure that they are heard, and that if they are not granted somehow that too is for our ultimate welfare. 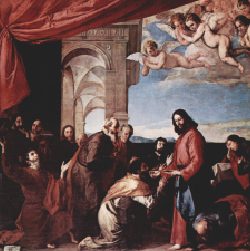 Communion of the Apostles by Jusepe de Ribera

When I read or hear stories of converts, either of those of the present day or those from the past, I often see those who suffered by embracing the true Faith much more than I ever have. It can seem cold comfort to be reminded of the spiritual riches now available to us, of the certainty of truth that we have, of the fellowship we are now members of, stretching not only around the earth but into eternity. But these are all parts of the real existing Catholic Church, more real in a way than the abuses or the spiritual tepidity of our parish liturgies and life. For no one can prevent our participation in this spiritual communion of the Church on earth with the Church beyond the grave, especially in the sacraments, which, so long as they are validly administered, infallibly offer us the grace they signify regardless of whether they have the fitting outward splendor that they should have.

It is easy to say but nonetheless true that not every difficulty in life is easily overcome. Where fellowship and friendship of other serious Catholics is much desired but not found we must try all the reasonable means for help, including phone or e-mail correspondence with people in like circumstances. But this is the time and place God has created us to live in, and the face of the contemporary Church is what God has willed for us. So let us redouble our prayers for one another. Especially as converts, whether new or of long standing, let us rejoice whenever anyone enters into the Church and seek by prayer, if by no other means, to help him to bear the burdens in his Catholic life.

Thomas Storck is the author of Foundations of a Catholic Political Order,The Catholic Milieu, and Christendom and the West. His work has appeared in various publications including Homiletic and Pastoral Review and the book, Beyond Capitalism and Socialism. Mr. Storck is a former contributing editor of New Oxford Review and Caelum et Terra and serves on the editorial board of The Chesterton Review. An archive of Mr. Storck’s writings can be found at www.thomasstorck.org.