The Early Church Fathers I Never Saw as a Protestant Pastor 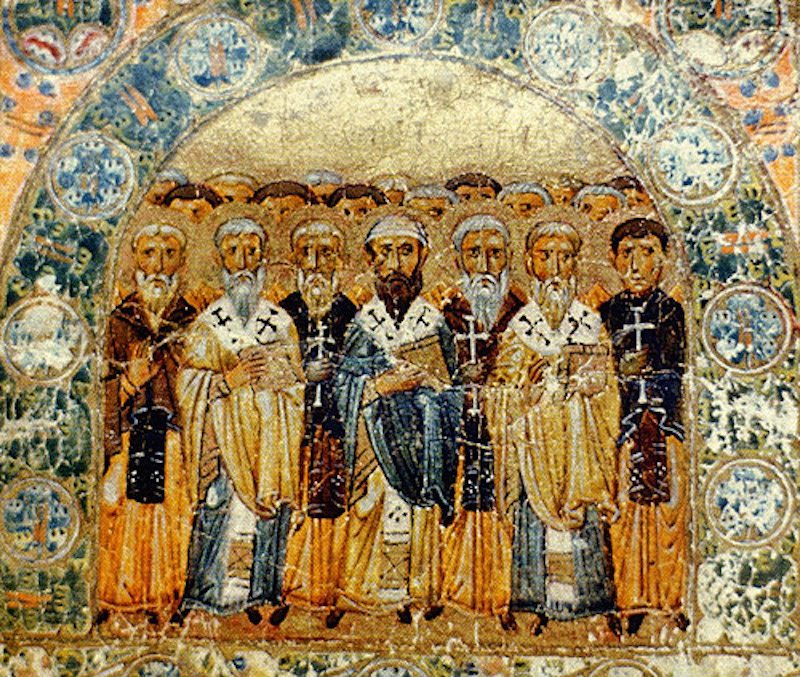 Whenever I reflect on my own conversion as well as that of CHNI members and the guests on The Journey Home program, the idea of “the verses we never saw” always rises to the top of the list of what opened our hearts to the Catholic Church. In other words, some Scripture, that we seemingly never noticed before or never clearly understood, all of a sudden caught our attention, or was pointed out to us, and voi la, we were on the “journey home.”

With this in mind, I’d like to present a small sampling of quotes from these early Christian writers. This list of references that support the early presence of Catholic teaching and practice could be almost endless, but here are a few of those that were specifically influential in my own conversion.

The following quote certainly did not describe any form of Protestantism I knew. The author implies that the Apostles intended for the Church to be led by bishops who would then be succeeded by other bishops, as apposed to individuals who merely “sensed” that God was calling them into ministry or to start their own church or for a random group of believers to bond together and elect their leader. Here we see the early assumption of a continuous Apostolic Succession:

“Our Apostles knew through our Lord Jesus Christ that there would be strife for the office of bishop. For this reason, therefore, having received perfect foreknowledge, they appointed those who have already been mentioned, and afterwards added the further provision that, if they should die, other approved men should succeed to their ministry.”

There is a lot in the next quote that is certainly not Protestant: abandoning the bishop, his presbytery of priests, and his deacons, meant abandoning the “Catholic Church” (the first recorded use of this title). And what is the significance of a “valid” Eucharist? Does this imply that there were Christians celebrating the Eucharist, or maybe calling it the Lord’s Supper, on their own apart from a bishop’s permission or authority? What difference does this make, if it was only “symbolic”?

“You must follow the bishop as Jesus Christ follows the Father, and the presbytery as you would the Apostles. Reverence the deacons as you would the command of God. Let no one do anything of concern to the Church without the bishop. Let that be considered a valid Eucharist which is celebrated by the bishop, or by one whom he appoints. Wherever the bishop appears, let the people be there, just as wherever Jesus Christ is, there is the Catholic Church.”

Does the following sound like the trajectory for today’s thousands of independent denominations, each with their own set of beliefs and practices? Or rather is the assumption that there was one Church, with “one soul and one and the same heart,” spread out as far as the one Gospel message (the Tradition) had reached:

“The Church, having received this preaching and this faith, although she is disseminated throughout the whole world, yet guarded it, as if she occupied but one house. She likewise believes these things just as if she had but one soul and one and the same heart and harmoniously she proclaims them and teaches them and hands them down, as if she possessed but one mouth. For, while the languages of the world are diverse, nevertheless, the authority of the Tradition is one and the same.”

Everything in the next two quotes conforms with Catholic doctrine and practice concerning Baptism, the Eucharist, and the acceptance of Church teaching for reception of the sacraments; as a Protestant, I had disavowed nearly all of this, preaching against it, and explaining it otherwise:

“They abstain from the Eucharist and from prayer, because they do not confess that the Eucharist is the Flesh of our Savior Jesus Christ, Flesh which suffered for our sins and which the Father, in His goodness, raised up again.”

“We call this food Eucharist; and no one else is permitted to partake of it, except one who believes our teaching to be true and who has been washed in the washing which is for the remission of sins and for regeneration, and is thereby living as Christ has enjoined. For not as common bread nor common drink do we receive these; but since Jesus Christ our Savior was made incarnate by the word of God and had both flesh and blood for our salvation, so too, as we have been taught, the food which has been made into the Eucharist by the Eucharistic prayer set down by Him, and by the change of which our blood and flesh is nurtured, is both the flesh and the blood of that incarnated Jesus.”

The majority of conservative scholars—Catholic, Orthodox, or Protestant—throughout Christian history have accepted that the author of the following letter was the bishop of Rome, probably the fourth, with Saint Peter being the first. The significance of this particular quote, therefore: What is the bishop of Rome, Italy, doing expecting obedience of a church in Corinth, Greece? Though Greece at this time was under Roman control, still there was no reason to expect a leader of a religious sect in Rome to have any clout over a similar group of religious sectarians in Greece, unless that leader was a bishop with authority over them.

“Owing to the sudden and repeated calamities and misfortunes which have befallen us, we must acknowledge that we have been somewhat tardy in turning our attention to the matters in dispute among you, beloved … Accept our counsel, and you will have nothing to regret… If anyone disobey the things which have been said by Him through us, let them know that they will involve themselves in transgression and in no small danger…You will afford us joy and gladness if, being obedient to the things which we have written through the Holy Spirit, you will root out the wicked passion of jealousy.”

Ignatius, who was from the East, wrote seven letters in all to seven churches, but it was only in his letter to the church in Rome, quoted below, that he expressed such exalted praise of the bishop!

“It is possible, then, for every Church, who may wish to know the truth, to contemplate the tradition of the Apostles which has been made known throughout the whole world. And we are in a position to enumerate those who were instituted bishops by the Apostles, and their successors to our own times… But since it would be too long to enumerate in such a volume as this the successions of all the Churches, we shall confound all those who, in whatever manner, whether through self-satisfaction or vainglory, or through blindness and wicked opinion, assemble other than where it is proper, by pointing out here the successions of the bishops of the greatest and most ancient Church known to all, founded and organized at Rome by the two most glorious Apostles, Peter and Paul, that Church which has the tradition and the faith which comes down to us after having been announced to men by the Apostles. For with this Church, because of its superior origin, all Churches must agree, that is, all the faithful in the whole world; and it is in her that the faithful everywhere have maintained the Apostolic tradition.”

What most impressed me about the next quote is that, as John Henry Cardinal Newman pointed out in his Essay on the Development of Doctrine, this defense of the primacy of the bishop of Rome, expressed rhetorically not defensively, predates by nearly a hundred years the conciliar definitions of the Trinity and the divinity of Christ!

“The Lord says to Peter: ‘I say to you,’ He says, ‘that you are Peter, and upon this rock I will build my Church’…On him He builds the Church, and to him He gives the command to feed the sheep; and although He assigns a like power to all the Apostles, yet He founded a single chair, and He established by His own authority a source and an intrinsic reason for that unity. Indeed, the others were that also which Peter was; but a primacy is given to Peter, whereby it is made clear that there is but one Church and one chair. So too, all are shepherds, and the flock is shown to be one, fed by all the Apostles in single-minded accord. If someone does not hold fast to this unity of Peter, can he imagine that he still holds the faith? If he desert the chair of Peter upon whom the Church was built, can he still be confident that he is in the Church?”

—St. Cyprian of Carthage
The Unity of the Catholic Church, 1st edition, A.D. 251

The following two quotes from very influential Churchmen of the fourth century address the sacrilege of schism from the Church established by Jesus in his Apostles centered around Saint Peter:

“(T)hey have not the succession of Peter, who hold not the chair of Peter, which they rend by wicked schism; and this, too, they do, wickedly denying that sins can be forgiven even in the Church, whereas it was said to Peter: “I will give unto thee the keys of the kingdom of heaven, and whatsoever thou shalt bind on earth shall be bound also in heaven, and whatsoever thou shall loose on earth shall be loosed also in heaven.” And the vessel of divine election himself said: “If ye have forgiven anything to any one, I forgive also, for what I have forgiven I have done it for your sakes in the person of Christ.”

“There is nothing more serious than the sacrilege of schism because there is no just cause for severing the unity of the Church.”

Finally, this last quote from the early second century beckons to those outside the Church to come home:

“For as many as are of God and of Jesus Christ are also with the bishop. And as many as shall, in the exercise of repentance, return into the unity of the Church, these, too, shall belong to God, that they may live according to Jesus Christ. Do not err, my brethren. If any man follows him that makes a schism in the Church, he shall not inherit the kingdom of God. If any one walks according to a strange opinion, he agrees not with the passion of Christ.”