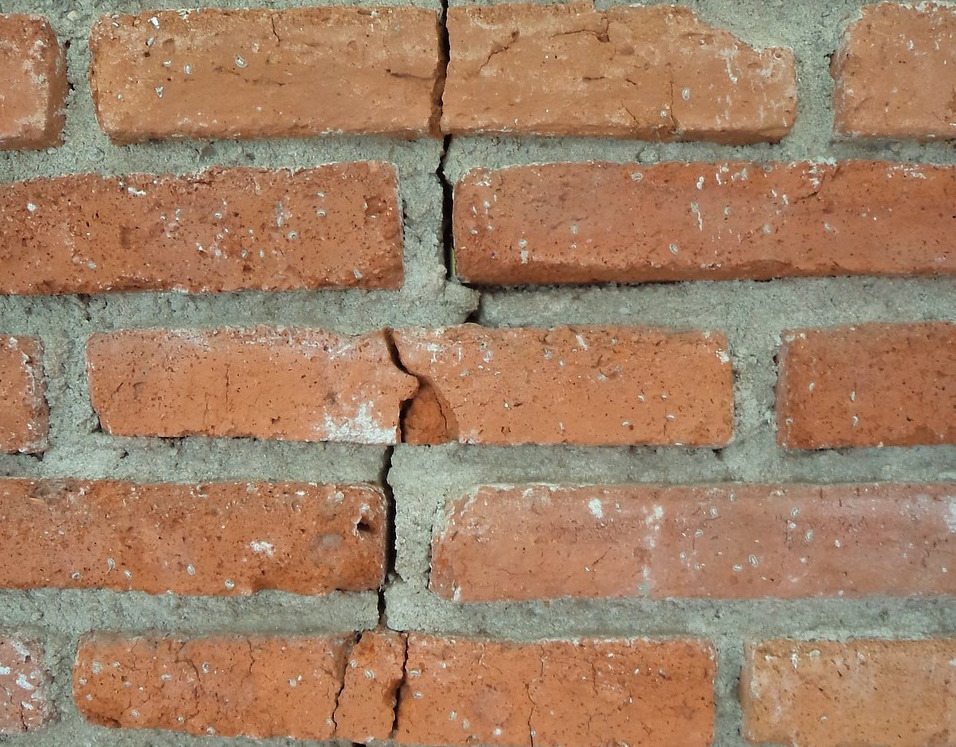 I’ve often described conversion as starting from a breach in the walls of our defenses. Normally our hearts and minds are ensconced in layers of barriers that form a wall of protection that prevents us from hearing and responding to the truth. By the working of grace, however, a breach can occur—an opportunity or moment of grace (as Blessed Newman would say)—through which truth can be seen or heard and then, again by grace, received, or freely rejected—for He never forces Himself upon us. Often, on the Journey Home program or in the conversion stories shared in this newsletter, some of the many issues that lead to conversion are necessarily condensed, summarized, truncated, and even forgotten over time. Such is true with my own conversion.

I’ve kept prayer journals periodically over the years. These are essentially in the form of what is called Lectio Divina, in which I copy texts from my morning Scripture readings and record my reflections which are addressed to Jesus.

Recently, over Christmas break, I was perusing some of these old journals and found, buried in a partially demolished moving crate, my journal from 1990 to 1992—the period in which Marilyn and I discovered and entered the Catholic Church! My recorded thoughts were never intended for human eyes, but written only as a prayerful conversation with Jesus. What I found, reading over them now twenty years later, was quite startling (to me).

For years, I’ve summarized my journey into the Church as a search for truth in the midst of the confusion of Protestantism. This, of course, is true, for it does describe the common thread that runs through the past 40-years of my adult life. But what surprised me was that this was not the gist of my journal entries during those first weeks of my conversion process.

I’ve decided to share these entries, not because my particular journey is in any way significant, but because I hope what I discovered by looking back is helpful to those of you still on the journey, as well as those of you praying for those either on the journey or still closed to the Church. Also, by necessity, these entries only give a glimpse into our journey home, and unfortunately leave much unsaid (the rest of our story can be found in Journeys Home).

What I discovered was that there were other, more private, issues the Lord was using to open my heart and mind to the truth of the Catholic faith. It’s possible that if these issues were not at work in my life, I may not have paid attention to the new information I was receiving about the Church. As I reviewed my journal, I rediscovered a few of the ways the Spirit was creating breaches in my defenses.

In May 1990, I was nine months into my new position as a Senior Minister of a Presbyterian church of 350 families (“2000” claimed members). I had long since surrendered my life to Jesus Christ, and was seeking to serve Him faithfully. When I recorded the following entry on May 1, I had NEVER before considered the Catholic Church as a viable option for my life or ministry (and was still five months away from my first Catholic “awakening”). I wrote:

My self-doubt seems to prevent me from feeling/thinking of myself as having arrived at the level of competency required for my present calling & responsibilities. With all my experiences, education, readings, resourcing, and relationships, I yet still feel like I don’t have enough “info” to do adequately what I’ve been called to do. But to this Jesus calls me; He reminds me that He, through the indwelling presence of the Holy Spirit, promises to fill in the gaps where I am lacking. He calls me to step beyond what I can do on my own and trust Him. He has put me in a situation that forces me to depend on Him! If I could do all on my own power, I would turn my eyes only upon myself. In fact, the frustration & self-doubt occur because I fail to keep my eyes on Him! Nothing I can do or acquire or learn can eliminate self-doubt, because the self-doubt is real, a part of my character. It isn’t really based upon my “equipment” or equipped state—because I admittedly am gifted beyond many people! My “character flaw” is a gift, a sign post to turn to God; a reminder. Lord, thank you for the many ways You demonstrate Your love and grace!

In this, I admit to a constant INTERNAL breach in my defenses, the “gift” of self-doubt that has always plagued me. I believe this is one of the chinks in my armor that God established to keep me receptive to His Will. Whenever I struggled over the proliferating theological confusion amongst myself and other Protestants, or the disturbing differences between how I and others pastored and led our congregations, it never crossed my mind that the problem was Protestantism or sola Scripura. I always assumed the problem was me. My journals are full of my requests to God for His guidance.

In many ways as a result of the above, I was constantly questioning whether I should remain in the pastorate. Though my congregations always responded well to my pastoral ministry, yet in my journals I was constantly questioning my VOCATIONAL call to the ministry. I was always second guessing my skills as a pastor, counselor, preacher, leader, and this was a constant spiritual battle.

In fact, exactly one month before “discovering” the Catholic Church, I made the decision to leave the pastorate to return to school:

I’ve decided to once again consider aiming toward college teaching by getting a masters in biology and a PhD in bioethics…[because, among other reasons] after 15 years of pastoral type work I still do not feel comfortable with most of the things I’m called to do, and I don’t want to spend the rest of my life feeling this way … Lord, [a long] list of things seems to point in this direction … Please guide me! I want to do Your will and to be pleasing in Your sight! I guess I feel I’m un-burying the rest of my talents so that I can invest them all for you! Thank you Jesus!

One of the many reasons I was deciding to leave the pastorate (which forms the backdrop for my novels How Firm a Foundation and Pillar and Bulwark) was my loss of confidence in whether what I believed as a Presbyterian, based on sola Scriptura, was true. Again I assumed the problem wasn’t Protestantism or sola Scriptura, but me, so I discerned it was time for me to return to school.

A third important continuing breach, however, was more RELATIONAL. Often in my journals I addressed the struggles that my wife Marilyn and I had over my work as a pastor. We admittedly were dealing with a boat load of tension and, in November of 1990, Marilyn was four months pregnant with our second son (Peter). It seemed that everything I did was wrong—especially whenever I was called out of the home at odd hours for pastoral meetings or emergencies. Again, I assumed the problems had to be me, so this added to my openness to seeking employment elsewhere.

“Now I believe you have brought me to the place where I can take a bold step to serve You in a very exciting way that utilizes all the gifts You have given me in an area that needs a strong Christian voice: bioethics, and science & religion… Lord, continue to guide me. I want only to do Thy will! It is so hard to hear & discern, though. You know the frustrations I feel! Please close the doors if You don’t want me to change. I love You Lord and want to serve You.”

Dear Lord, what a pilgrimage I am on! My sincere prayer is that I am being led by You! Ever since I went to hear Scott Hahn [Sunday, November 17], I’ve been re-examining the validity of the Catholic Church and the Reformation’s withdrawal. I’ve skimmed Vatican II; I’ve read part’s of Sheed’s “Theology for Beginners”; I’ve had lunch with Father S_____; and am half-way through “Catholicism and Fundamentalism” by Karl Keating. I’m finding that most of what I believed about the Catholic Church was unfounded. I’m also beginning to question some of the doctrines I’ve held to as an evangelical Protestant, i.e., sola Scriptura and sola fide. I’ve had some problems all along with these: namely, where do we get the idea that Scripture is an inerrant, authoritative source for all of life? Historically this came about through the decision of the Church—the Catholic Church!! I’ve felt comfortable with sola fide, except that it requires that I water down all the verses where we are called to do good works, or where we will be held accountable for our lives! I feel I’ve had to do some creative side-stepping on lots of issues that the Catholic Church has very clearly and scripturally defined. Their views of baptism, the Eucharist, authority, confession, holiness, and the Church all follow the clear meaning of Scripture, and seem to follow the clearest sense.

Yesterday, I talked with Scott Hahn on the phone. He greatly affirmed my search. … Lord, please please continue to guide me! Scott also reminded me that you are my Father, I am Your son, and that Your love for me is so great that even my struggles will not turn You from me. Thank You Jesus!

This terse but candid account may give the impression that in two weeks I went from self-doubting, discouraged, and lost to confident, convinced, and “found.” In reality, however, it took another two years to work through all the relational, theological, and vocational issues—most of which formed the basis for why we saw the need for the Coming Home Network International—but in December 1992, by God’s merciful grace, Marilyn and I, with Jon Marc (5) and Peter (1 ½) entered the Church.

Perhaps if I had been a more self-confident person, comfortable and content in the challenges of my pastoral ministry, and unmoved by the cacophony of differences between my beliefs and practices and those of other ministers—and if Marilyn had been more comfortable and excited about our life in the ministry—I’m not so sure how open I would have been to recognizing the problems of Protestantism and the truth of the Catholic Church. And frankly, the “gift” of self-doubt didn’t disappear, but has kept me, these past 20 years, continually examining all aspects of our new Catholic faith. All I can say, however, is that Marilyn and I are both eternally grateful for how our Lord reached out to both of us to bring us home together.

Please pray for those on the journey—as well as the thousands of non-Catholic ministers who seem completely closed and content. May God do whatever is necessary to form breaches in the barriers of their defenses that they might be open to the truth of Christ’s Church.   — Sincerely in Christ, Marcus