Why Did Pius XII Proclaim the Dogma of Mary’s Assumption? 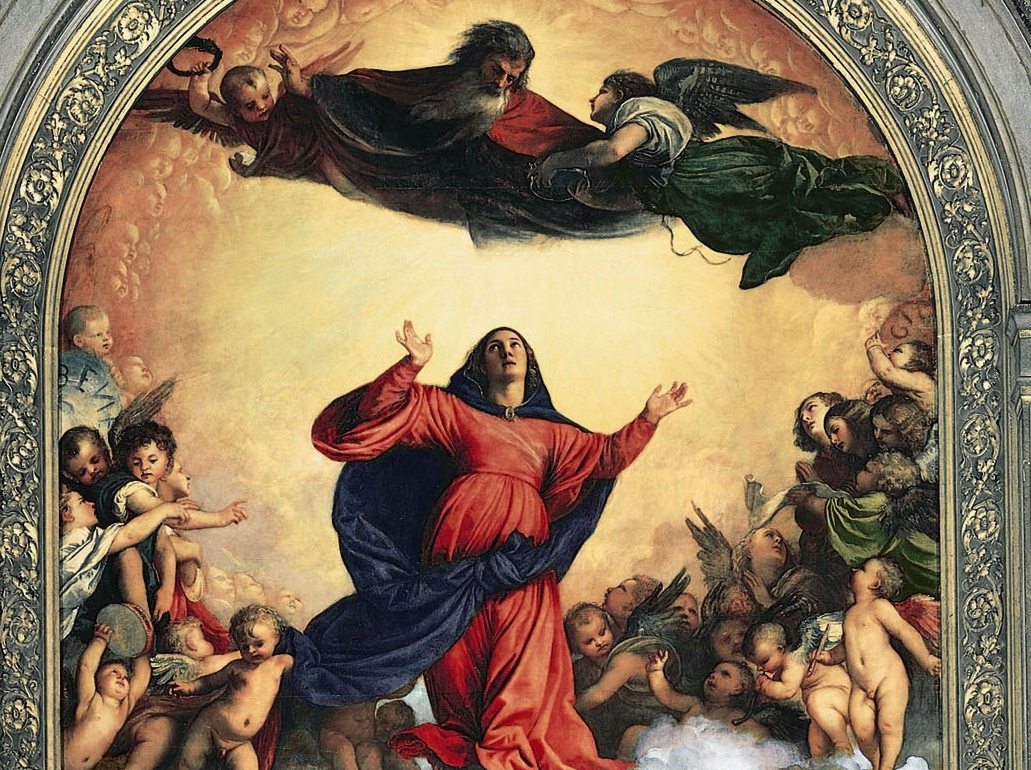 The month of August is for most Americans a time of enjoying the last days of summer fun before preparing for the return of another school year. It’s a relaxing season to be with family and friends, hosting barbecues, picnics, and swimming parties. For Catholics, as for their fellow Americans, August represents the transition from summer heat to the cool air of autumn.

But there’s one important difference between the way Catholics and others observe this month. Catholics celebrate an important mystery in the history of salvation on August 15: the Solemnity of the Assumption of Mary.

Officially instituted on this day in the year 1950, this solemnity marks the most recent dogma proclaimed as such by the Catholic Church. But its historical roots run deep: Like every dogma, the Assumption of Mary is first and foremost a mystery, in the biblical and Catholic sense of an event of salvation history that embodies the saving power of God. That means it’s important for us to understand what it’s about.

We may take it for granted that the Church doesn’t proclaim dogmas without good reason. All the major doctrinal decisions in the history of the Church were motivated by a pastoral concern for the health of the faithful. After all, the first and last responsibility of the bishops and priests of the Church is the spiritual welfare of the faithful.

So why is Mary’s assumption into heaven an important truth for our spiritual well-being? What’s the spiritual benefit of the dogma of the Assumption? To find out, we must first understand what the Catholic Church teaches about it.

Pope Pius XII formally defined and promulgated this dogma in his encyclical Munificentissimus Deus (August, 15 1950). The fact of the Assumption was stated this way: “It is a dogma revealed by God that the Immaculate Mother of God, Mary ever Virgin, when the course of her earthly life was finished, was taken up body and soul into the glory of heaven.” But we must also ask what the Holy Father hoped would be the pastoral benefit for the people of God.

Why did Pius think this was an important moment to proclaim Mary’s assumption? Most Catholics rarely connect the proclamation of this dogma with the world events during Pius’s pontificate. But in the year 1950 the world was still reeling from the devastating effects of World War II. The inhumanity of the National Socialists (Nazis) in Germany had decimated European Jewry, as well as slaughtering millions of Christians and other Gentiles who attempted to resist their demonic policies.

The German military invaded almost every European country; Italy was one of the last to be invaded. During the entire war, Pius XII spoke out against the inhumanity perpetrated by the German juggernaut. From the beginning of his pontificate in 1939 to the end of the war in 1945, Pius had defended the weak by speaking out against man’s inhumanity to man and by covertly arranging the protection of thousands of Jews in Italy.

With the memory of this human devastation still fresh in his mind, Pius XII encouraged a detailed study of Marian doctrine in the late 1940s in anticipation of proclaiming a new dogma for the benefit of humanity. The actual language used in the encyclical Munificentissimus Deus actually alludes to those events:

It is to be hoped that from meditation on the glorious example of Mary men may come to realize more and more the value of a human life entirely dedicated to fulfilling the will of the Heavenly Father and to caring for the welfare of others. We also hope that while materialistic theories [such as Communism] and the moral corruption arising from them are threatening to extinguish the light of virtue, and by stirring up strife, to destroy the lives of men, the exalted destiny of both our soul and body may in this striking manner be brought clearly to the notice of all men.

Pius XII clearly expresses his hope that meditation on Mary’s assumption will lead the faithful to a greater awareness of our common dignity as the human family. The Pope here reflects a truly Catholic perspective that has characterized those pontiffs who were and are great teachers, such as John Paul II and Benedict XVI. He, like his successors, thought that the real cause of such inhuman brutality could be found in the false ideas and sentiments that motivated the aggressors during the war. 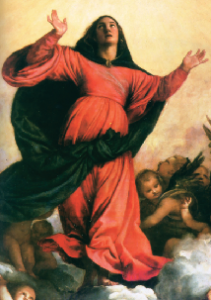 Knowing that oppression is an ever-present danger, Pius was convinced that only inner transformation of the person could bring about the social results that lead to “caring for the welfare of others.” Without such a transformation, the systems of government and power would threaten “to extinguish the light of virtue” and eclipse “the exalted destiny of both our soul and body” so that men would forget their heavenly end.

What would impel human beings to keep their eyes fixed on their supernatural end and to desire the salvation of their fellow human beings? Mary’s assumption was a reminder of, and impetus toward, greater respect for humanity because the Assumption cannot be separated from the rest of Mary’s earthly life. Pius XII connected the Assumption explicitly to her Immaculate Conception:

The august Mother of God, mysteriously united from all eternity with Jesus Christ in the one and the same decree of predestination, immaculate in her conception, a virgin inviolate in her divine motherhood, the wholehearted companion of the divine Redeemer who won complete victory over sin and its consequences, gained at last the supreme crown of her privileges — to be preserved immune from the corruption of the tomb, and like her Son, when death has been conquered, to be carried up body and soul to the exalted glory of heaven, there to sit in splendor at the right hand of her Son, the immortal King of the ages.

By meditating on Mary’s participation in the redemptive work of her Son, the faithful would grow in their ability and desire to participate in God’s plan of salvation.

This goal was, and is, what the world needs. It needs a process of transformation in becoming the agents of salvation who honor and promote human welfare. That’s the meaning of Mary’s life, death, and assumption into heaven, both body and soul. After a decade of unprecedented destruction, Pius XII knew that the Church’s acknowledgment of Mary’s assumption would be a compelling boon to a greater sense of humanity.