The Verses I Never Saw As a Protestant Pastor 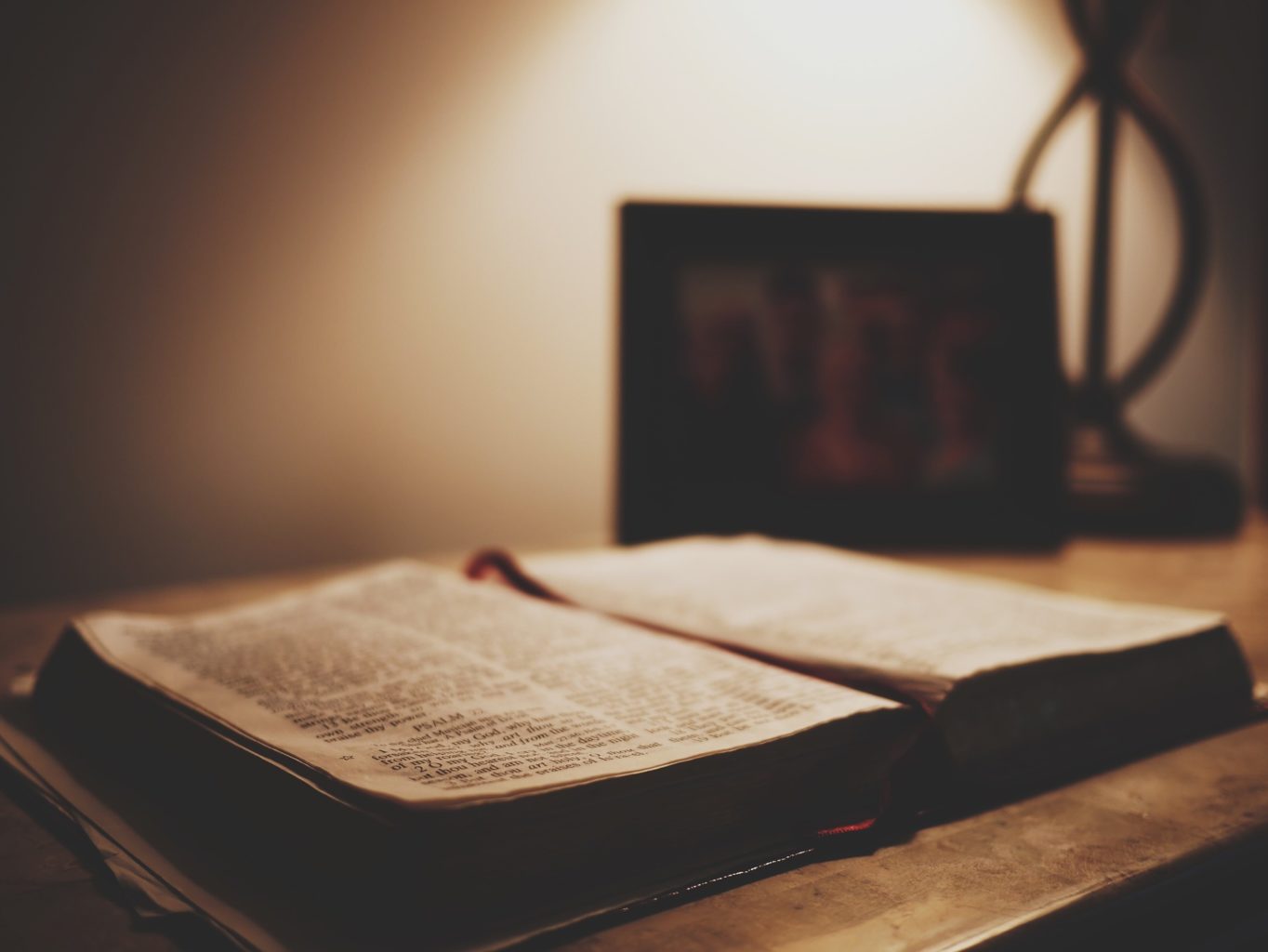 One of the more commonly shared experiences of Protestant converts to the Catholic Church is the discovery of verses “we never saw.” Even after years of studying, preaching, and teaching the Bible, sometimes from cover to cover, all of a sudden a verse “we never saw” appears as if by magic and becomes an “Aha!” mind-opening, life- altering messenger of spiritual “doom”! Sometimes it’s just recognizing an alternate, clearer meaning of a familiar verse, but often, as with some of the verses mentioned below, it literally seems as if some Catholic had snuck in during the night and somehow put that verse there in the text!

The list of these surprise verses is endless, depending especially on a convert’s former religious tradition, but the following are a few key verses that turned my heart toward home.

1. “Trust in the LORD with all your heart, and do not rely on your own insight. In all your ways acknowledge him, and he will make straight your paths.” – Proverbs 3:5-6

Ever since my adult re-awakening (read “born-again experience”) at age 21, this Proverb has been my “life verse.” It rang true as a guide for all aspects of my life and ministry, but then during my nine years as a Presbyterian minister, I became desperately frustrated by the confusion of Protestantism. I loved Jesus and believed that the Word of God was the one trustworthy, infallible rule of faith. But so did lots of the non- Presbyterian ministers and laymen I knew: Methodists, Baptists, Lutherans, Pentecostals, Congregationalists, etc., etc., etc . . . The problem was that we all came up with different conclusions, sometimes radically different, from the same verses. How does one “trust in the Lord with all your heart”? How can you make sure your not “leaning on your own understanding”? We all had different opinions and lists of requirements. A verse I had always trusted suddenly became nebulous, immeasurable, and unreachable.

2. “I hope to come to you soon, but I am writing these instructions to you so that, if I am delayed, you may know how one ought to behave in the household of God, which is the church of the living God, the pillar and bulwark of the truth.” – 1 Timothy 3: 14-15

Scott Hahn pulled this one on me. “So, Marc, what is the pillar and foundation of truth?” I answered, “The Bible, of course.” “Oh yeah? But what does the Bible say?” “What do you mean?” When he told me to look up this verse, I suspected nothing. I had taught and preached through First Timothy many times. But when I read this verse, it was as if it had suddenly appeared from nowhere, and my jaw dropped. The Church!? Not the Bible? This alone sent my mind and essentially my whole life reeling; the question of which Church was one I was not ready to broach.

3. “But as for you, continue in what you have learned and have firmly believed, knowing from whom you learned it and how from childhood you have been acquainted with the sacred writings which are able to instruct you for salvation through faith in Christ Jesus. All scripture is inspired by God and profitable for teaching, for reproof, for correction, and for training in righteousness, that the man of God may be complete, equipped for every good work.” – 2 Timothy 3:14-17

Verses 16-17 were the texts I and others had always turned to buttress our belief in sola Scriptura, so to this I quickly turned my attention. Among many things, three important things became very clear, for the first time: (1) when Paul used the term “scripture” in this verse, he could only have meant what we call the Old Testament. The New Testament canon would not be established for another 300 years! (2) “All” scripture does not mean “only” scripture nor specifically what we have in our modern bibles. And (3), the emphasis in the context of this verse (vereses 14-15) is the trustworthiness of the oral tradition Timothy had received from his mother and others—not sola Scriptura!

4. “So then, brethren, stand firm and hold to the traditions which you were taught by us, either by word of mouth or by letter.” – 2 Thessalonians 2:15

This was another “too-hot-to-handle” verse Scott threw in my lap. The traditions (Dare I say, traditions) that these early Christian were to hold fast to were not just the written letters and Gospels that would eventually make up the New Testament, but the oral tradition. And even more significant, the context of Paul’s letters indicates that his normal, preferred way of passing along “what he had received” was orally; his written letters were an accidental, sometimes unplanned add-on, dealing with immediate problems—leaving unsaid so much of what they had learned through oral teaching.

5. “Now when Jesus came into the district of Caesare’a Philip’pi, he asked his disciples, “Who do men say that the Son of man is?” And they said, “Some say John the Baptist, others say Elijah, and others Jeremiah or one of the prophets.” He said to them, “But who do you say that I am?” Simon Peter replied, “You are the Christ, the Son of the living God.” And Jesus answered him, “Blessed are you, Simon Bar-Jona! For flesh and blood has not revealed this to you, but my Father who is in heaven. And I tell you, you are Peter, and on this rock I will build my church, and the powers of death shall not prevail against it. I will give you the keys of the kingdom of heaven, and whatever you bind on earth shall be bound in heaven, and whatever you loose on earth shall be loosed in heaven.” – Matthew 16:13-19

There is so much to discuss in this verse, so much I never saw. I always knew that Catholics used this to argue Petrine authority but I wasn’t convinced. To the naively ignorant, the English words “Peter” and “rock” are so different that it’s obvious that Jesus was referring to the faith Simon Peter received as a gift from the Father. For the more informed seminary educated Bible students, like myself, I knew that behind the English was the Greek, where one discovered that Peter is the translation of petros, meaning little pebble, and rock is the translation of petra, large boulder. Again an obvious disconnect, so so for years I believed and taught specifically against Petrine authority. Then, through the reading of Karl Keating’s wonderful book, Catholicism and Fundamentalism, I realized the implications of something I knew all along: behind the Greek was the Aramaic which Jesus originally spoke, in which the word for Peter and rock are identical—kepha. Once I saw that Jesus had said essentially “You are kepha and on this kepha I will build my Church,” I knew I was in trouble.

6. ” ‘And I heard a voice from heaven saying, “Write this: Blessed are the dead who die in the Lord henceforth.’ “Blessed indeed,” says the Spirit, ‘that they may rest from their labors, for their deeds follow them!’ ” – Revelation 14:13

For years, as a Calvinist preacher, I recited this verse in every funeral graveside service. I believed and taught sola fide and discounting any place for works in the process of our salvation. But then, after my last funeral service as a minister, a family member of the deceased cornered me. He asked, with a tremble in his voice, “What did you mean that Bill’s deeds follow him?” I don’t remember my response, but this was the first time I became aware of what I had been saying. This began a long study on what the New Testament and then the Early Church Fathers taught about the mysterious but necessary synergistic connection between our faith and our works.

I had always used these verses to defend the central importance of preaching and why I, therefore, had given up my engineering career for seminary and the great privilege of becoming a preacher of the Gospel! And I was never bothered by the last phrase about the need of being “sent,” because I could point to my ordination where a cackle of local ministers, elders, deacons, and laymen laid their hands on my sweaty head to send me forth in the Name of Jesus. But then, first through my reading of the history and writings of the Early Church Fathers and second through my re-reading of the scriptural context of Paul’s letters, I realized that Paul emphasized the necessity of being “sent” because the occasion of his letters was to combat the negative, heretical influences of self-appointed false teachers. I had never thought of myself as a false teacher, but by what authority did those people send me forth? Who sent them? In this I realized the importance of Apostolic [those who have been sent] succession.

9. “Now I rejoice in my sufferings for your sake, and in my flesh I complete what is lacking in Christ’s afflictions for the sake of his body, that is, the church.” – Colossians 1:24

I don’t know if I purposely avoided this or just blindly missed it, but for the first 40- years of my life I never saw this verse. And to be honest, when I finally saw it, I still didn’t know what to do with it. Nothing in my Lutheran, Congregationalist, or Presbyterian backgrounds helped me understand how I or anyone could rejoice in suffering, and especially why anything was needed to complete the suffering of Christ: nothing was lacking! Christ’s suffering, death, and resurrection were sufficient and complete! To say anything less was to attack the omnipotent completeness of God’s sovereign grace. But then again, this was the apostle Paul speaking in inerrant, infallible Scripture. And we were to imitate him as he imitated Jesus. It took a reading of Pope John Paul II’s encyclical on the meaning of suffering to open my eyes to the beautiful mystery of redemptive suffering.

10. “And Mary said, ‘My soul magnifies the Lord, and my spirit rejoices in God my Savior, for he has regarded the low estate of his handmaiden. For behold, henceforth all generations will call me blessed; for he who is mighty has done great things for me, and holy is his name.’ ” – Luke 1:46-49

Finally the hardest hurdle for so many Protestant converts to get over: our Blessed Mother Mary. For most of my life, the only place Mary came into the picture was at Christmas—and dare I say, as a statue! But I never referred to her as “blessed.” Yet Scripture says all generations will call her blessed. Why wasn’t I? This led me to see other verses for the first time, including John 19 where from the cross Jesus gave his mother into the keeping of John, rather than any supposed siblings, and by grace I began, in imitation of my Lord and Savior and eternal brother Jesus, to recognize her, too, as my loving Mother.