My Journey to Catholicism 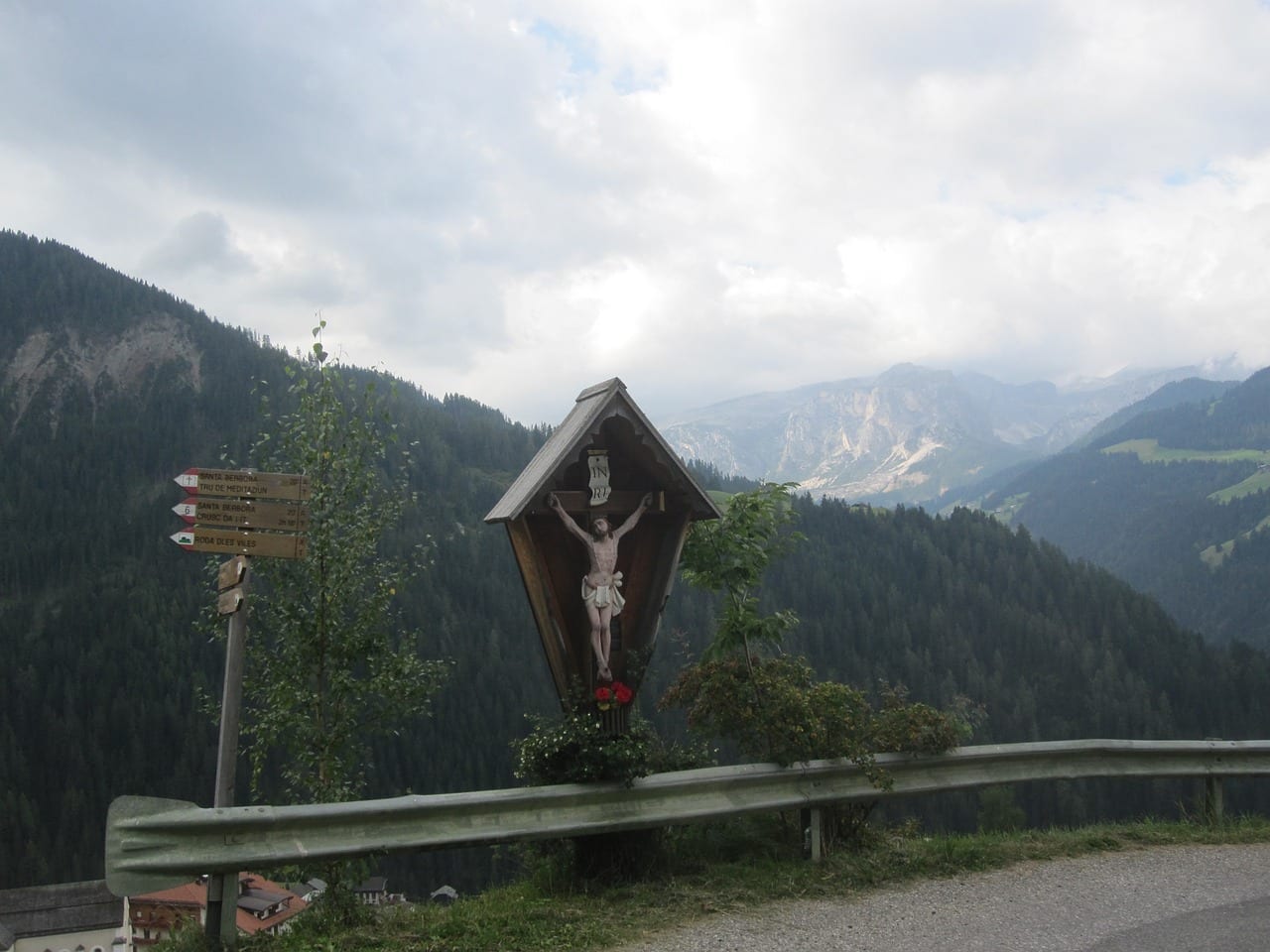 The story of how and why I became a Catholic began in September 1960, while watching the summer Olympics on TV at my Aunt Eva and Uncle Charles Malik’s home in Hanover, NH. Uncle Charles, a professor of philosophy at the American University of Beirut, was spending his sabbatical year at Dartmouth, and my own family had just arrived in Albany, NY, from Lebanon a month earlier, with plans to make America our new home.

I was fifteen years old at the time and completely in awe of my uncle, who had been a student of Alfred North Whitehead at Harvard and the German philosopher Martin Heidegger at the University of Freiburg. Together with Mrs. Eleanor Roosevelt, he had co-drafted the United Nations’ Universal Declaration of Human Rights, and he had just completed his tenure as the elected president of the United Nations General Assembly.

As my brothers and I watched the Olympics on television, Uncle Charles came into the room and asked us if we knew about the ancient Greek origins of the Olympics. We didn’t, and he proceeded to tell us about ancient Greek civilization.

It was an interesting conversation, but my brothers soon returned their attention to the TV. I, on the other hand, was fascinated, and when Uncle Charles left the room to go back to his study, I followed him. I told him that I wanted to know more about the ancient Greeks, so he gave me books by Aristotle and Plato, explaining that they were the greatest philosophers in the history of Western civilization.

Uncle Charles was particularly fond of Aristotle and said that if Aristotle had lived after the Resurrection of Jesus Christ, he may well have adopted a Judeo-Christian viewpoint or even become a Christian, due to his postulation of the existence of a Prime Mover, similar to the Judeo-Christian belief in one God. This argument was a bold and daring one for Aristotle, as he lived in a polytheistic culture.

I read every one of the books Uncle Charles gave me. They engaged my mind and my imagination, and I continued to read further and deeper in the field of philosophy. I eventually came across the works of Thomas Aquinas, the great Catholic theologian who brilliantly drew on the Greek philosophers such as Aristotle to enrich Judeo-Christian theology. I became particularly interested in Aquinas’s discourse on the nature and existence of God and how it related to Aristotle’s construct of “Prime Mover” or the “Unmoved Mover.”

But even beyond my interest in philosophy, there were other forces at work in my life that brought me closer to the Catholic Faith. My mother had converted to Catholicism from Presbyterianism almost a decade before we immigrated to the United States, though the rest of our family remained Protestant. When we first arrived in Albany, New York — our first home in America — she used her Catholic connections in the area to get me admitted into a top Catholic high school. Since I was not Catholic, the school did not require that I take the religion classes that were mandatory for all Catholic students. However, they did give me to the option to take them if I were interested. At first, I declined, but as I continued to read more and more philosophy and theology, I started to become curious about Catholic theology. I decided to take the course.

Having been raised a Protestant, I tried to understand why Catholics believe that their Church is the true historical Church of Jesus Christ, and I asked many questions along this line in class. We had an excellent teacher, who explained Catholic concepts very clearly. He tied the Gospels to the establishment of the Church and to Church Tradition. He talked about Peter, the papal succession, and the fact that Christ told Peter, “You are Peter, and on this rock, I will build my church” (Matthew 16:13-19). I learned that Catholics believed that Peter was the first Pope, and that there is a direct line of succession, going from our current Pope all the way back to him.

With this in mind, I was curious to learn how Protestants — particularly the Protestant community I had been raised in back in Beirut — and other Christians countered this Catholic argument. I read more Catholic and Protestant theology on my own and discovered that Protestants have other interpretations of the phrase, “You are Peter, and on this rock, I will build my church.” Ultimately, I was not convinced by these other interpretations of Jesus’ words.

In Lebanon, a country with seventeen different religions and faith traditions, my family belonged to the small Presbyterian community in Beirut. My family became Protestant in the nineteenth century when my great-grandfather, Youssef Badr (1841-1912), converted from Greek Catholicism to Presbyterianism and became the first Lebanese Protestant minister. But over three generations, we had become more “culturally Protestant,” as opposed to being deeply religious. We went to church on Christmas and Easter, and, for a while, we children attended Sunday School when we weren’t doing anything else on Sunday. As a result, I had no particular affinity with or loyalty to Protestant Christianity. In fact, by the time we immigrated to America, I was not a practicing Christian at all.

Between all my reading and the discussions we had in my religion class, by the time I graduated from high school, I was intellectually convinced that the Catholic Church was indeed the Church Christ had established, but I still did not seek to become a practicing Catholic. In fact, I had no real understanding of how Catholics practiced their faith.

In college, at the University of Iowa, I met a professor of Catholic theology, Father Robert Welch, and I took several courses from him. Through this priest, I learned a great deal about what Catholics actually believe and how they practice. I was now asking different questions than I had in high school, when I was mostly concerned with the authenticity of the Catholic Church as the Church that Christ had established.

In his lectures, Father Welch spoke of the Real Presence of Jesus Christ in the Sacrament of the Eucharist, stressing what the Gospels say about the Last Supper, when Jesus took the bread and said, “Take and eat; this is my body” (Matthew 26:26), and then H e took the cup and said, “Drink of it… for this is my blood” (verse 27). He emphasized that Catholics believe that, through the power of the Holy Spirit, the priest consecrates the bread and wine, and they are transformed into the Body and Blood of Jesus Christ.

Soon after this lecture, I began attending Mass regularly and watched worshipers receive the Eucharist. Having already accepted the papal succession from Peter, I now believed that worshipers were truly receiving Jesus Christ in the Sacrament of the Eucharist, and I wanted the same for myself.

At the end of my freshman year of college, I made the decision to become a practicing Catholic. However, I decided to wait until I was no longer living at home with my parents, so that I would not offend my father, who still belonged to the Presbyterian Church.

My father accepted a position at Southern Illinois University for the fall of 1966, and my family moved to Carbondale, IL. I stayed behind at the University of Iowa and was no longer living with my parents for the first time in my life. On December 4, 1966, Father Welch baptized me, along with my best friend, Doug, and I officially joined the Catholic Church. Since then, my faith has informed every aspect of my life, from my marriage to my career path.

Dr. Albert Nasib Badre (PhD, Michigan, 1973) is Professor Emeritus of computing at the Georgia Institute of Technology and an international consultant, specializing in designing technology to enhance the human experience. Dr. Badre was an early pioneer in the field of human-centric design, with over 35 years of experience in human-computer interaction, learning technologies, and human-centric e-learning. His background combines expertise in the empirical methodologies of the behavioral sciences and the design approaches of the computing sciences.

Dr. Badre has authored dozens of academic papers in his field. He is co-editor of the book, Directions in Human Computer Interaction and the author of the book, Shaping Web Usability: Interaction Design in Context, which was adopted in several dozen courses worldwide. His memoirs, Looking West, to be published in early 2019, is the story of his coming of age, immigration to America, and subsequent conversion to the Catholic Church.

Today, Dr. Badre and his wife live in Providence, RI, near his son and family, where he leads a very active volunteer life in service to the community.