A special message from Marcus Grodi

Where were you on 9-11 when the Twin Towers of the World Trade Center collapsed?

Except for the younger generation, every American has a distinct memory of where they were during that calamitous event that changed our country.

Older Americans, including baby boomers like me, also remember exactly where they were when they heard that President John F. Kennedy was shot in Dallas. I was in sixth grade at the time. The memory of that event is forever burned into my memory.

An articulate Catholic convert named David had an unusual reaction to what happened in Dallas on November 22, 1963.

Like me, David was sitting in a sixth-grade classroom when he heard the shocking news. Upon learning that Kennedy had died, he was nearly in tears because he knew that Kennedy, a Catholic, was burning in Hell. He’d been taught that Catholics and others who reject the Gospel go to Hell for all eternity. 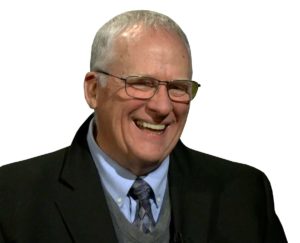 David’s journey from evangelical Protestantism to Catholicism is a fascinating story. What’s more, his insights can help us help non-Catholics and fallen-away Catholics discover the beautiful and fullness of the Catholic Faith.

At the age of 14, he made a public profession of faith and was baptized.

He accepted and obeyed the restrictions imposed by fundamentalist beliefs: no dancing, no movies, no tobacco, no alcohol, no swearing, no card-playing, no gambling.

You must give David credit. He paid a price for holding to his convictions and was willing to stick out like a sore thumb for not going along with the crowd. For example, when his gym class came to a unit on square-dancing, David and a handful of other fundamentalist kids took a pass.

David had a schoolboy crush on a Methodist girl, but he knew he couldn’t date her because the Methodist church was liberal. But even worse than being a liberal Christian was to be a Catholic because Catholics weren’t even Christians. He’d learned that Catholics try to earn their salvation by relying on their works righteousness instead of accepting the Gospel by faith, like true Christians.

Catholics were known as “mackerel snappers”

Like the other Protestants in his community, he called Catholics “mackerel snappers” because of the Friday custom of eating fish instead of meat. This expression, which was originally a slur, sounds rather humorous today.

Catholics were also known as idol worshippers. This gave David one more reason to believe that Catholics aren’t Christians.

He was appalled by those Catholic pagan beliefs!

Without quitting his fundamentalist views, he came to identify himself as a “Free Church Evangelical” — a group that rejects infant baptism.

David followed his dream to study for the ministry. He was accepted at Trinity Evangelical Divinity School in Deerfield, Illinois, a suburb of Chicago.

Seminarians from a wide variety of denominational backgrounds studied at Trinity.  The seminarians accepted the Bible as the sole authority of faith (sola scriptura, as Luther proclaimed), and David was shocked that there was so much disagreement about what the Bible means.

He became concerned that disagreement about the Bible was the very reason that thousands of denominations exist through the ongoing process of splintering. Yet Christ fervently prayed for Christian unity on the night before his crucifixion. Where’s the unity in the Protestant denominations, David wondered.

An even bigger problem — indeed the BIG issue — was the question of authority: Where does the authority of faith come from? For Protestants, the answer was simple. The Bible. Yet Protestants can’t agree on what the Bible means, and their authority doesn’t interpret itself.

One day when he tried to convert Jim, his Catholic friend, Jim challenged him, asking him why he always quoted Paul’s epistles while never quoting what Jesus says in the Gospels. David had to admit that Jim had a point.

David believed in a “golden thread” of true believers, going back to the first century, who practiced Christianity the same way that evangelicals practice it today. He tried to find evidence of that in the early Church but came up empty.

David found certain scripture verses to be unsettling — verses that didn’t fit with his evangelical beliefs. Finally, he reached the breaking point. The truth broke into his life!

It became increasingly difficult for David to avoid the conclusion that the Catholic Church — the very Church founded by Jesus Christ — is the only way back to Christian unity.

Let me make one thing crystal clear: David did NOT want to become Catholic. With great reluctance he decided to attend a Catholic Mass. He found it revolting.

The church was full of statues, which reminded David about everything he’d heard about Catholic idol worship. David was used to plain, simple churches. There was too much beauty in the Catholic church — too much that was other-worldly. It was a big turn-off for him.

The prospect of actually becoming Catholic frightened him to his core, but he had to follow the truth. After he wrote his letter of resignation to his Baptist church he wept like a child. His great inner struggle was over. At the age of 40, he was truly Catholic in his heart. That’s when the trouble started.

You see, David’s family didn’t react well to his decision to become Catholic. His three sisters were upset. Some relatives stopped speaking to him. Friends who saw him in places like the grocery store turned their backs and walked away to avoid him.

He found that his conversion was like entering the Federal Witness Protection Program: he was totally uprooted and given a new identity.

When his Dad found out that his son had done the unthinkable — become Catholic — he thought his son had lost his mind! Becoming Catholic was just about the worst thing his son could have done.

When David sat down with his Dad and tried to explain his conversion, both he and his Dad became hot under the collar. This encounter was generating more heat than light.

So, David went home, cooled off, and sat down to write his dad a long letter. Before giving his dad the letter, David asked a priest to look it over for accuracy about what Catholics believe. He didn’t want to misstate what the Church teaches.

The priest was so impressed that he encouraged David to expand the letter into a book that could help thousands of people understand why they should become Catholic. He did.

His Dad’s obstinacy resulted in a book that has become an absolute classic — a superb explanation of why Protestants need to come home to Rome.

Believe it or not, David’s book has been read by an estimated 300,000 people. Its life-changing impact has been incredible. You need to read it and will surely benefit from it.

Not long after David’s conversion, during the early years of EWTN’s “The Journey Home,” I interviewed him on the program, one of the best programs we’ve ever done.

David tells priest: “I can’t see myself ever praying the Rosary!”

When he was on the verge of entering the Catholic Church, he confided to the priest who was guiding him that he just couldn’t see himself ever praying the Rosary. The wise priest surprised him with a gentle answer and predicted that in a year or two he would look back on his aversion to the Rosary with amazement.

You won’t be surprised to hear that David gave the Rosary a try and has continued to pray it every day over the years.

I recently asked our director of development, Kenny Burchard, to sit down for an audio interview with David to talk about the issues that convinced him that he needed to become Catholic. The key issue that convinced David that he needed to strongly consider the claims of the Catholic Church was the question of authority. In a moment, I’ll share how you can get a copy of the CD or audio file of Kenny’s interview with David.

Some of David’s Protestant friends challenged the authority of the Catholic Church by pointing out various changes in the Church. These Protestants would say to him, “How can you say the Church and the Pope are infallible. They used to say no meat on Fridays, and now that’s optional.”

They claimed that this change and other such changes cast doubt on the authority of the Catholic Church.

What do Catholics have to accept, and which things are optional?

The Five “D”s of Catholic thinking

To help himself sort out these questions, David came up with five things that start with the letter “D.”

The second D: Dogma. Dogmas are proclaimed from time to time by Ecumenical Councils and encyclicals. For example, dogma answers the question of what it means that Jesus is true God and true man. Jesus is God, and Mary is His mother; therefore, Mary is the Mother of God (the Son) but not the mother of God the Father or of God the Holy Spirit. Dogmas are unchangeable. Catholics must accept them.

The third D: Doctrine. For Catholics, doctrine is what the theologians are discussing about the deposit and the dogma, sometimes stretching the boundaries of the dogma. Much doctrine will never become dogma, and some will be discarded.

Because of the space limitations in this post, it’s impossible to do justice to David’s explanation of the fourth and fifth D. That’s why I want to ask you to partner with me as a response to this post and let me send you either a CD or a digital audio file of Kenny’s interview with David where they unpack “THE FIVE D’S” together.

How to get the two resources I mentioned

As a token of thanks for your gift in any amount, I’ll gladly send you the new audio CD or a digital audio file of the interview featuring David’s story and insight, which I described above. Just use the drop-down menu on the giving page to select the audio CD when you share your gift with the Coming Home Network.

I also want you to hold David’s powerful book in your hands. When you’re through reading it, you could change a life by passing it on to a loved one or friend. As a token of thanks for your tax-deductible gift of $100 or more, I’ll give you the audio interview mentioned above PLUS David’s amazing book, which has been read by 300,000 people. This book has become a classic and belongs on every Catholic’s bookshelf.

I’ve barely scratched the surface of David’s incredible life-changing story and his insights on how to reach Evangelicals, Fundamentalists, and fallen-away Catholics. His book is an amazing tool that can rekindle faith and explain Catholic beliefs in a way that makes perfect sense.

This book isn’t just for Catholics but for anybody who loves a good story and who seeks the truth. It will warm your heart, and it could change a life. I think you should have this book at hand. After you’ve read it, you’ll want to pass it on to someone who could benefit.

Partner with us to help us reach the “next David”

Could you consider sending a gift of $100 or more? Please consider giving more than the suggested minimum amount, if possible. I would love to have you join me in praying that the financial needs of the Coming Home Network International would be met.  I always like to encourage our friends and partners to consider sharing a financial gift commensurate with the financial blessings you’ve received from the Lord, whether it’s a major gift or a widow’s mite. Please pray for our work.

May God bless you and your loved ones, in His own best way.

Learn more about David Currie, and watch his video content.