CHNetwork Community Responds: As a non-Catholic, what did you think of Mother Teresa? 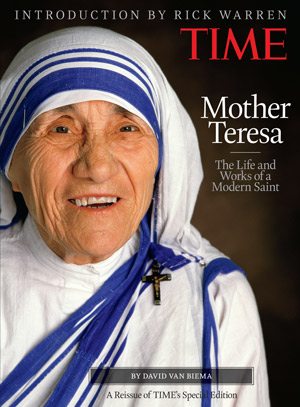 On September 4, 2016, Mother Teresa of Calcutta was canonized as a saint in the Catholic Church.  During her lifetime, she was known worldwide as an icon of service to others.  However, because she was a Catholic religious sister, she also drew criticism- not only from Protestant Christians for her theology, but also from secularists who saw her as a proselytizer.  We asked members of The Coming Home Network what they thought of her before they themselves became Catholic.  Here’s what some of them told us:

“I had a high opinion of Mother Teresa, but was nervous because she appeared to be a religious relativist and a universalist.  For my brand of Calvinist, she was much too understanding of people from other religions, and didn’t force the issue of a decision for Christ enough.  Of course, I never read her writings, or her AMAZING NOBEL PRIZE ACCEPTANCE SPEECH, one of the truly great moments in HUMAN HISTORY, that I can’t read to this day without weeping.  Her amazing proclamation of the Gospel in that speech would have been enough to calm my fears about her relationship with Christ.”

“She was a major source of attraction for me towards the Catholic Church as well as John Paul II. People like her also attracted me towards the consecrated life although since I am married I already have my vocation.”

“When I was growing up, if someone was a do-gooder or a ‘boy scout,’ we would occasionally refer to them as a ‘Mother Teresa.’  I knew very little about her work; perhaps what sticks out to me most is the fact that one of my philosophy professors used to wear his ‘nun bun’ shirt to class on exam days.  For those unfamiliar, the ‘nun bun’ was the infamous cinnamon roll that was supposed to resemble Mother Teresa.  I suppose I thought of her as a Christian; I don’t think that I ever made the connection that she was a Catholic religious sister.  Some friends from my Christian college visited her missions one Summer; we assumed that meant she was doing legitimate work for the Kingdom of God.  We didn’t hear much about her Catholicism from our fellow students who reported back from their mission trips.  Only later would I come to understand her global significance, and especially her outspokenness on pro-life issues.” 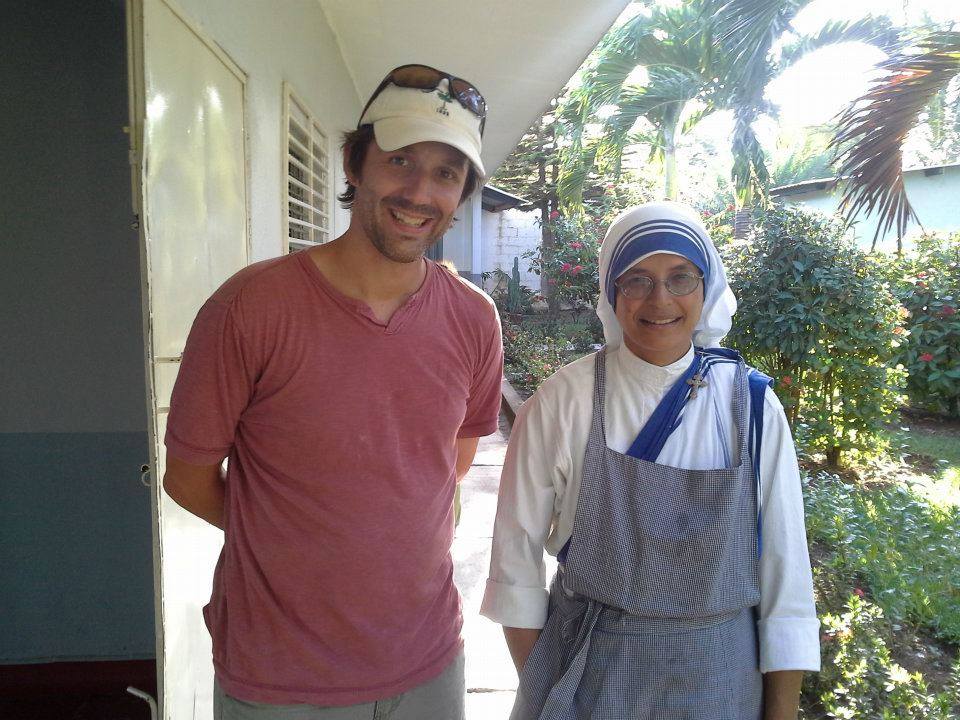 Eric Neubauer with the Missionaries of Charity in Comayagua, Honduras

“Before I became Catholic I was a student of Mother Teresa.  She was my inspiration in relation to serving and commitment to the poor.  So much so, I worked in Honduras with the Missionaries of Charity (year after year) and in so doing was utterly transformed.”

“As a non-Catholic and around strict Evangelicals we always heard the verse John 15:5 ( If you remain in me and I in you, you will bear much fruit). We thought it strongly spoke that her good works were fruitless, as she was a Catholic. Boy, what a judgmental spirit!  Now, as a Catholic, I see her as a wonderful saint of God,  a woman who showed the face of Jesus to the unforgotten and discarded; a life set apart for good works.”

Lulu, via the CHNetwork Blog

What about you?  If you’re Catholic now, but weren’t when Mother Teresa was alive and active, what did you think of her and her work?  Please share in the comments below, and check out some of the other CHNetwork Community questions on our blog!